Newswatch 16's Courtney Harrison spoke with area fire departments about what the shortage of chicken means for the busy season of raising money. 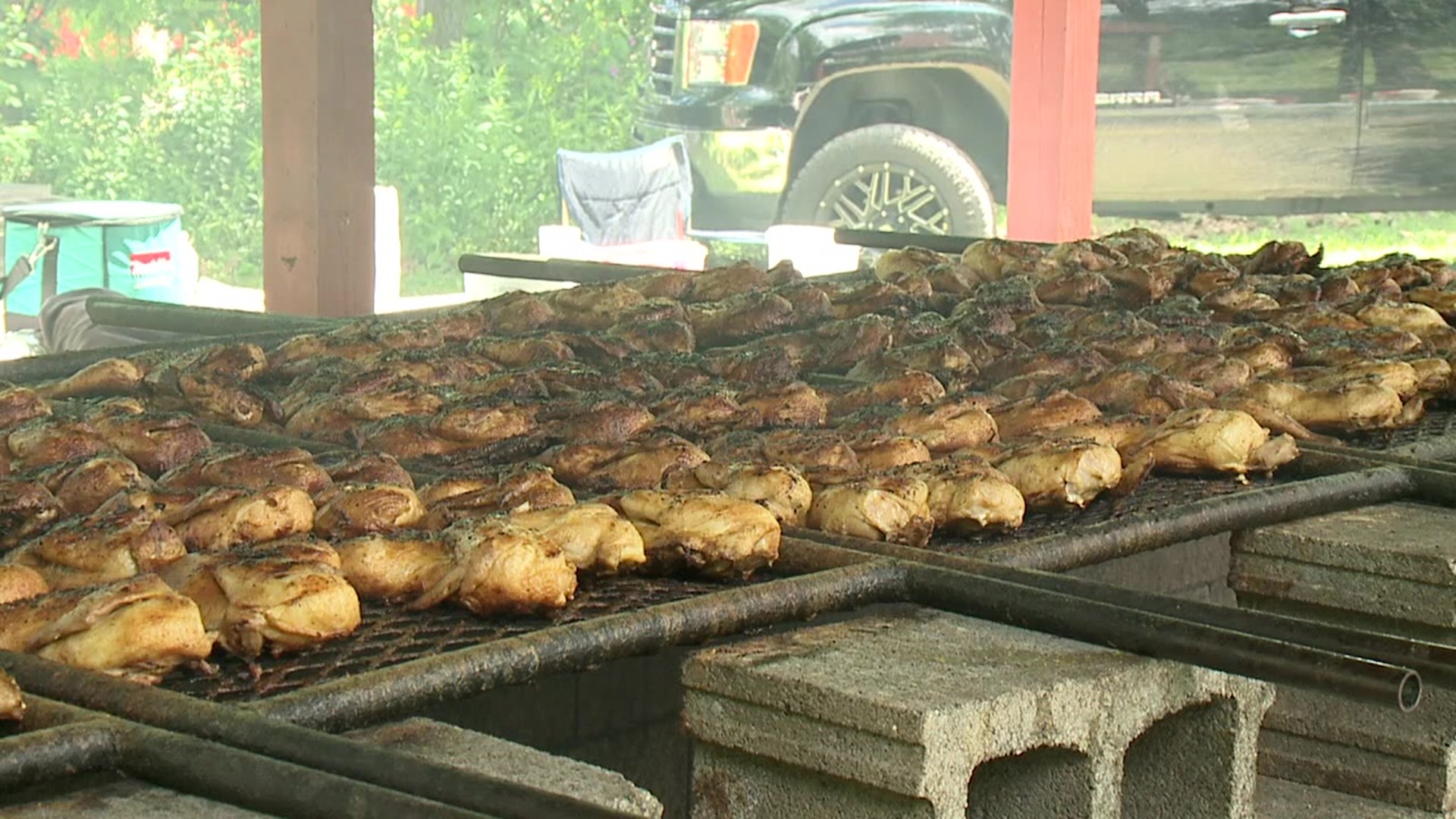 WAYNE COUNTY, Pa. — Nearly every weekend during the summer, the smell of barbecue chicken fills the air at area fire companies as they sell the chicken dinners to help raise money. That includes Waymart Fire Department's event on Father's Day weekend.

"It helps us pay the bills, keeps trucks going, puts fuels in the trucks, keeps electricity bill paid so we can get the doors open," said Waymart Fire Chief David Zdziarski. "It's very helpful, and this year is actually a big year for us because we brought it from 500 chickens to 750."

Last year, COVID-19 changed how many departments served the meals: drive-thru instead of sit-down. This year, the price and demand for chicken have increased so much that Chief Zdzarski says it is forcing the department to raise the cost of a dinner by $2.

"It kind of cuts into us a little bit makes it a little hard for us is why we're bouncing the numbers up a little bit so we can kind of make more profit but also the chicken prices going up."

Fire Chief Chad Wallace says they normally do two wing fundraisers each year, one during Super Bowl weekend and another Father's Day weekend. The cost of wings and the shortage forced them to cancel the upcoming fundraiser this month.

"Super Bowl Sunday, we do wings and pizza. The wings are about $80 a case, and now they've gone up to $158 or greater per case," Chief Wallace said.

Thompson Hose Company also has a chicken barbecue during the summer, but that event is still up in the air.

"Right now, we're trying to hold on to the chicken barbecues because they're real good for us, but they go up much more; we'll have to increase a little bit on that too."

Firemen's picnics are also big fundraisers, and last year, several of the departments didn't get to hold them. This year, many will be back.