HONESDALE, Pa. — With American Flags in hand, men and women, boys and girls, watched as “Old Glory” was raised about the Wayne County Courthou... 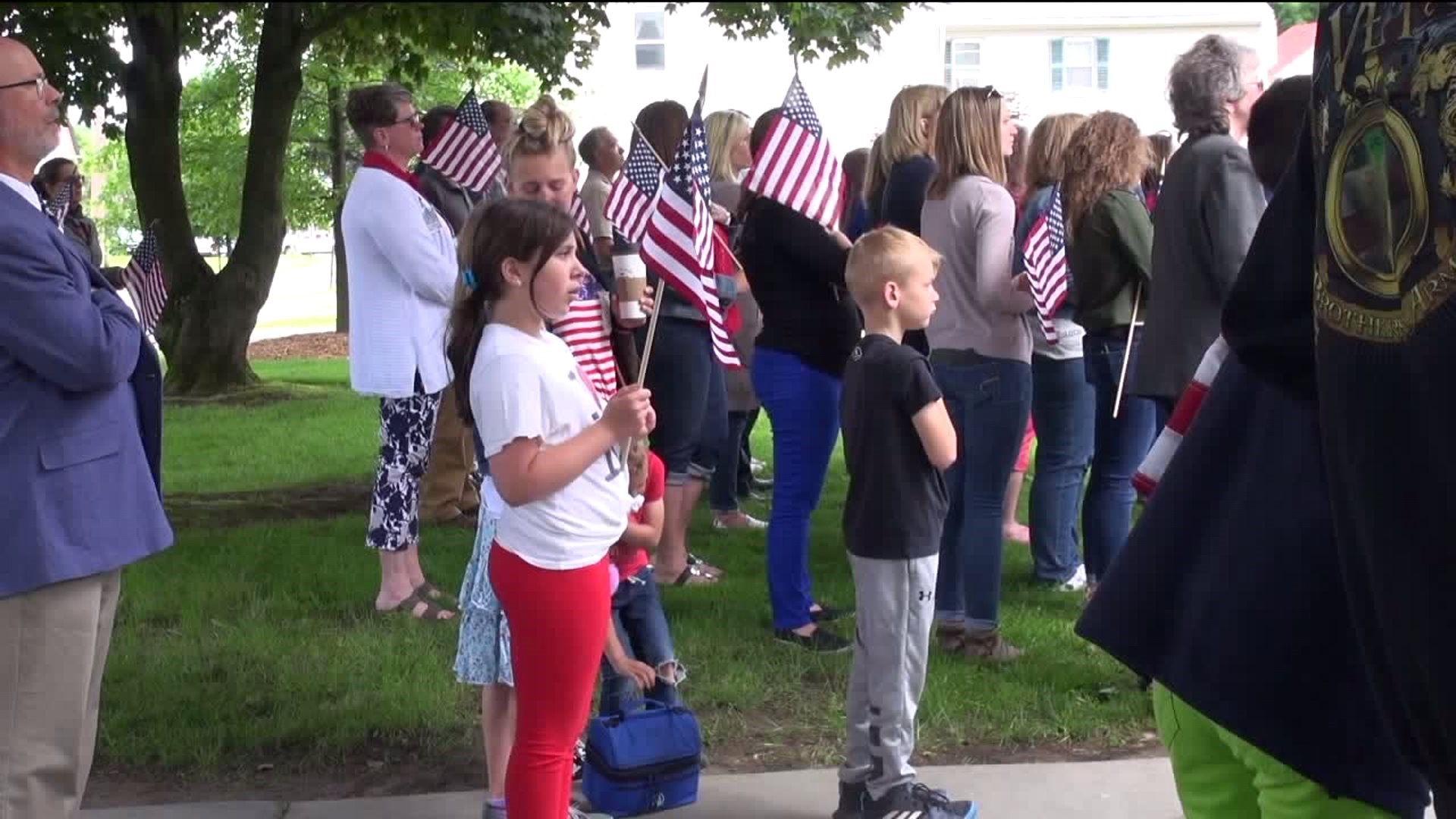 HONESDALE, Pa. -- With American Flags in hand, men and women, boys and girls, watched as "Old Glory" was raised about the Wayne County Courthouse.

"We are here to honor our country and the flag that so many of the brave men and women in our country fight for," said Niki Torres, Honesdale.

The Flag Day ceremony was hosted by the Wayne County commissioners and the Veteran's Affairs Office.

"I am here because I am a representative and I stand up for the flag and I want to be here," said Labar.

Raising the Stars and Stripes, singing the National Anthem, and saying the Pledge of Allegiance, Gene Sporer from Honesdale says there should be more ceremonies like this one.

"Not enough is learned and taught about the flag and the history of this country and it is so very important," said Gene Sporer, Honesdale.

While the Flag Day ceremony did draw quite the crowd, one piece that really stood out, how many parents brought their children to see the flag raised.

Niki Torres from Honesdale brought her children, Aiden and Cara. Both had good reasons as to why they came to show respect to the flag.

"We are here because our neighbor is 93 and he fought in World War II," said Cara Torres, 10-years-old.

Learning at a young age, what this Star Spangled Banner stands for.