Can you identify this mysterious old writing?

A woman from Wayne County is hoping to solve the mystery behind an old letter in a foreign language passed down to her. 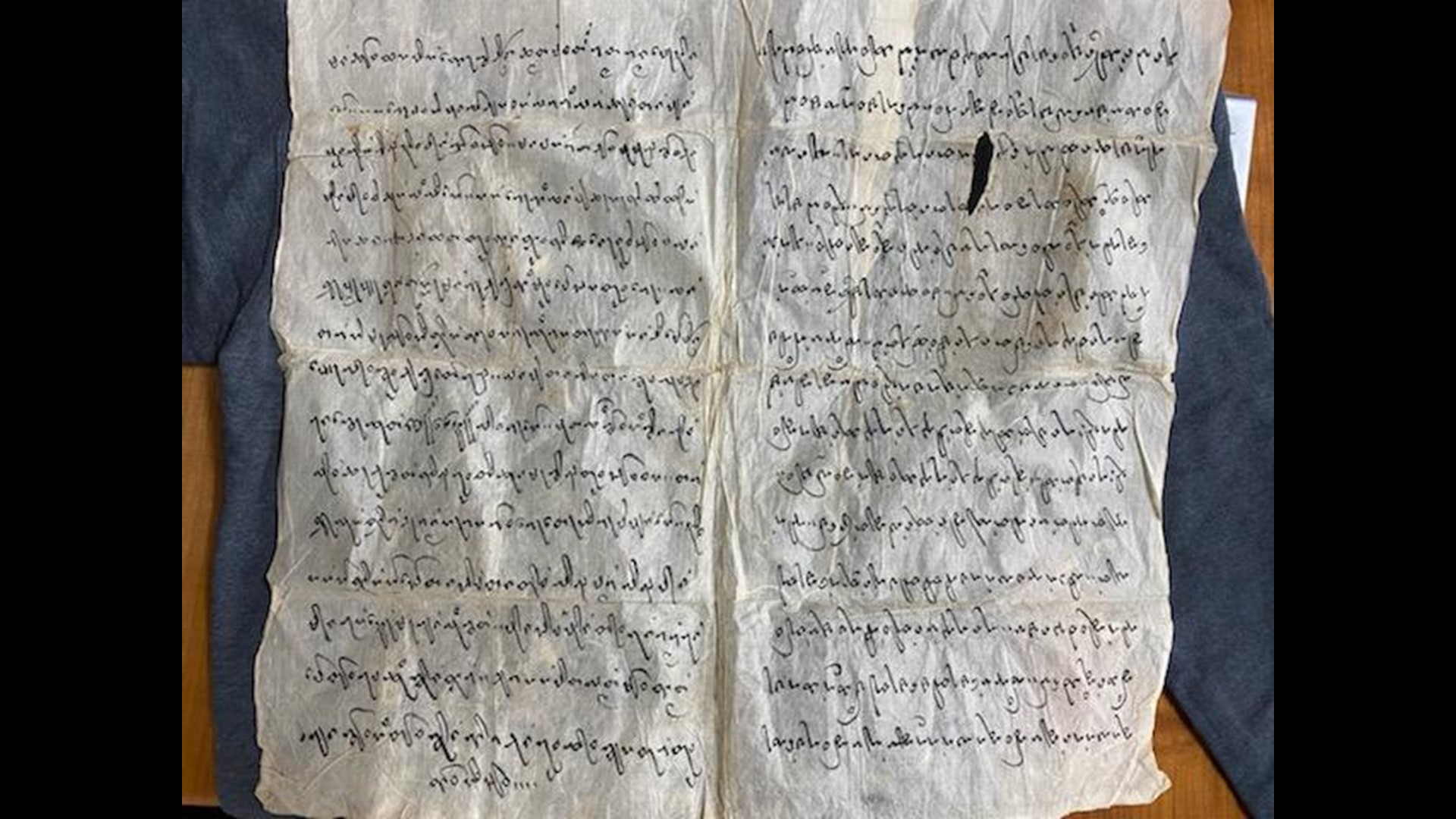 WAYNE COUNTY, Pa. — When you are moving, things tend to get shoved into boxes and forgotten about until it's time to put it all away. That's how Judy from Wayne County rediscovered an old writing, written on a two-foot by two-foot piece of rice paper.

"40 years ago, I got it from my mother-in-law, and she got it from her mother. I don't know the history of it or anything other than she gave it to me and for me to hold on to it."

Judy decided it was time to try and figure out exactly where it came from, the language it's written in and what it says.

"I've reached out to a college in Binghamton. They really have nobody there that knows anything about it other than it may be Indonesian," Judy said.

Judy didn't want to stop there, so she reached out to Newswatch 16, hoping that this mystery could be solved.

"I found it and try to get some information on it, and I haven't been able to do that, so that's why I contacted Channel 16, to help me out with what it says and how old it is and what language," Judy said. "it could be a love letter. It could be a map. I have no idea."

We reached out to several professionals who specialize in the Indonesian language since that was the recommendation Judy was given. We haven't gotten any responses yet, but if you recognize the writing or know someone who could help translate this letter, send us an email at newstip@wnep.com.