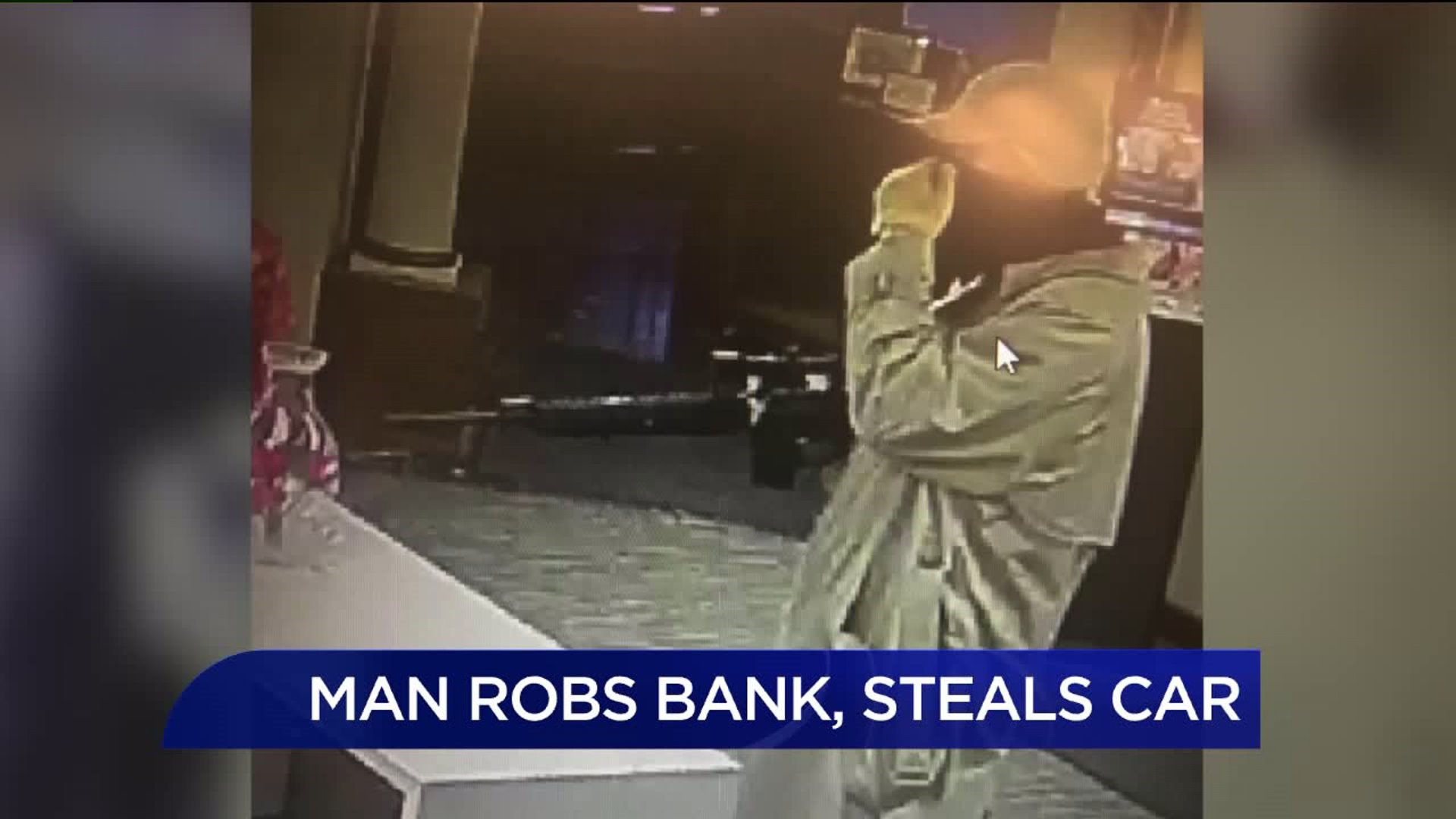 State police say the surveillance pictures from inside NBT Bank of Lake Ariel tell the story: a tall white man wearing what look like pajama pants and a long beige coat, carrying a long gun.

State police say he used the weapon to rob the place, shoving money into a reusable shopping bag. Then, troopers say he asked who owned the blue vehicle in the parking lot. The bank teller told him it was hers. He demanded the keys and sped off.

"When I first heard about it, I locked my doors. Just in case, it's been robbed a couple times in the past, I know that, so it's not totally surprising,” said Bob Kimble of Lake Township.

It all happened in broad daylight.

"My son gets off the bus at 3:25 so it happened like within minutes. I had my camera. We have a garage in the back so I was going to review the tape and see if there's anything helpful for them to have," said Emily Martinkovitch of Lake Township.

Troopers say the stolen vehicle is a 2017 bluish grey Toyota RAV4, with Gaelic writing on the back window.

This is the man troopers say robbed NBT Bank of Lake Ariel this afternoon @WNEP pic.twitter.com/Xfbr0KngS3

And this is the vehicle troopers say the bank robber stole @WNEP pic.twitter.com/g3ljKb4Rn3 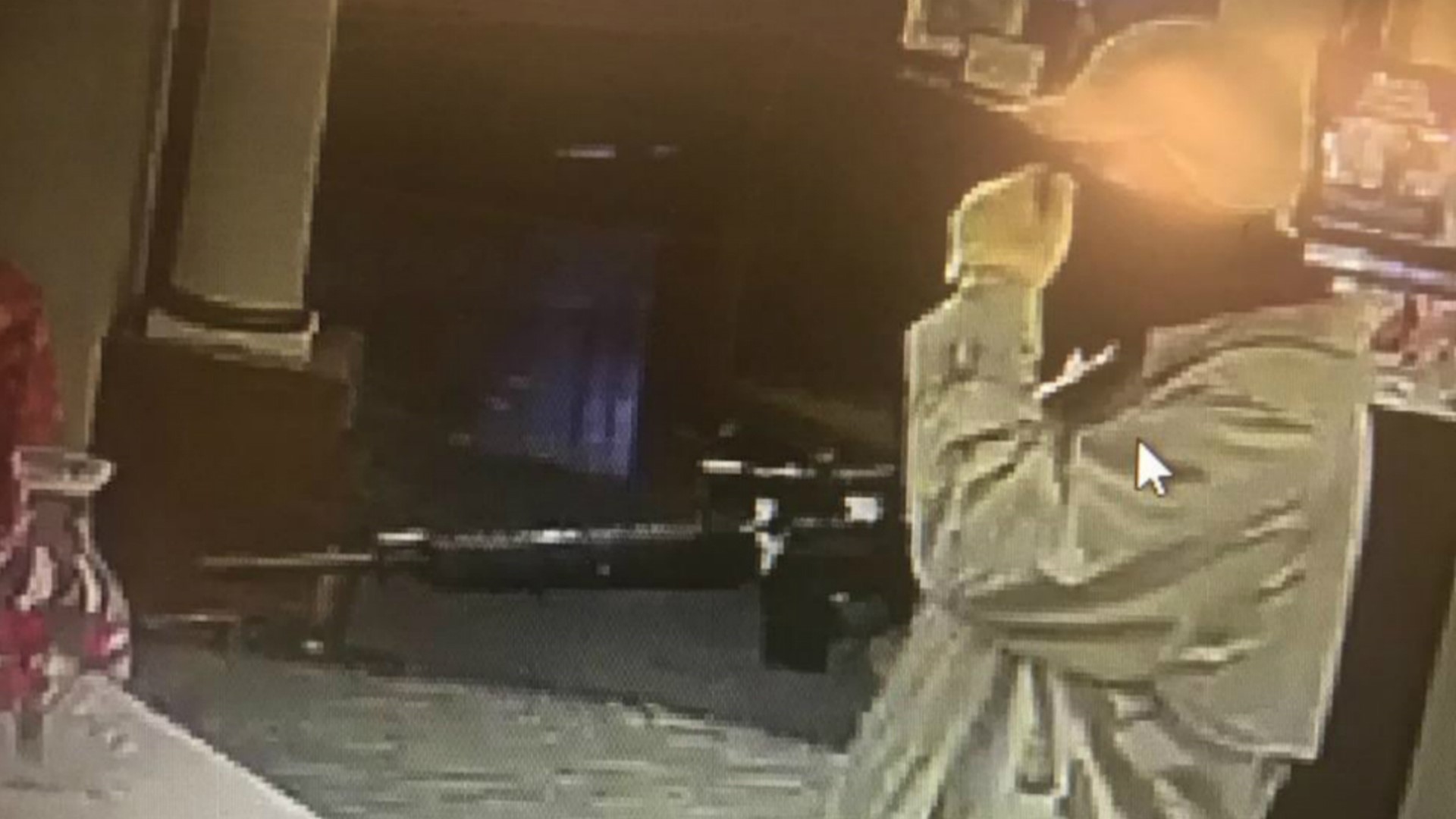