“Apparently” One Kid Couldn’t Get Enough of the Fair

DYBERRY TOWNSHIP — Are you getting sick of the word “apparently” yet? Funny. We are too. Just a little bit. You know who isn’t? Peggy Wr... 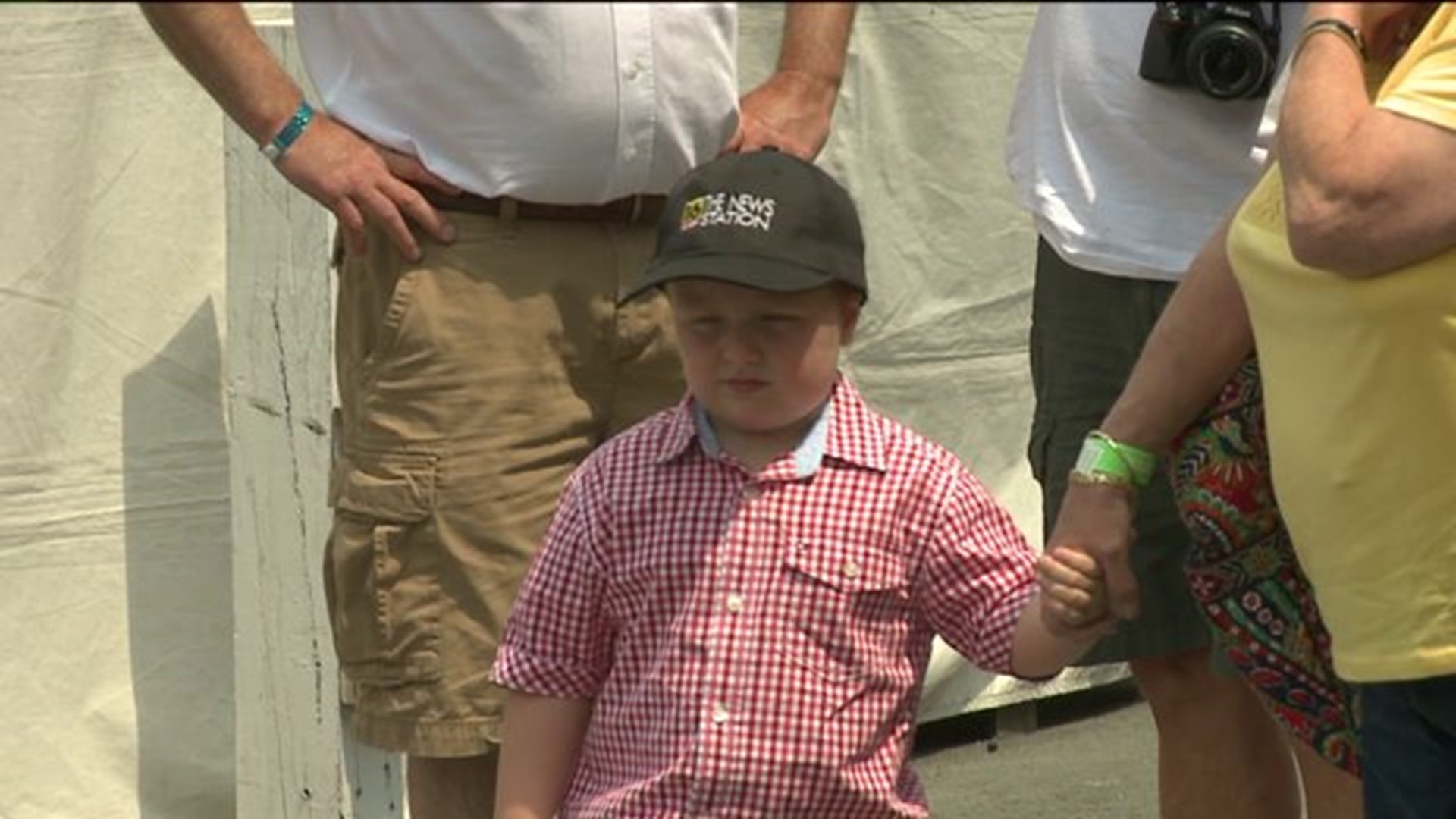 DYBERRY TOWNSHIP -- Are you getting sick of the word "apparently" yet?

Funny. We are too. Just a little bit.

You know who isn't?

"He was just so outgoing and I feel sorry for his kindergarten teacher. He's just so precocious," said Wright.

The Wayne County fair is now the place to be thanks to little Noah Ritter and the interview that Newswatch 16's Sofia Ojeda did with him last Friday.

"It was great, and apparently I've never been on live television before," Noah said while holding the microphone.

This week, that video went viral. It surpassed 10 million views on YouTube, and landed Noah Ritter on shows including Good Morning America and The Colbert Report.

Suddenly, the pace picked up at the fair.

"It put us on the map. I mean, I can't believe how far this has gone with Noah, but geez, it's a great thing for our fair here," said Roger Dirlam, the Wayne County Fair President.

Attendance has been good.

Apparently apparel is selling well, with the money going to the Shriner's Hospital for Children.

"I came early for the dairy show, and to stop and get a t-shirt," said one visitor.

Fans were waiting to meet Noah.

"I hope I can stay around long enough to see Noah when he comes in."

Noah finally returned to the fair.

While his grandpa asked Newswatch 16 this time that we give him some space, he did let reporter Lara Greenberg snap a photo with him.

Who's the bigger celebrity in that picture?

You can be the judge.

"I couldn't believe it but they wanted to come back and sort of get around the fair. You know, I think they only made it partway."