CHERRY RIDGE TOWNSHIP — A farm in Wayne County that rescues animals is putting out the call for help. Billy’s New Hope Barn is in need of volunteers... 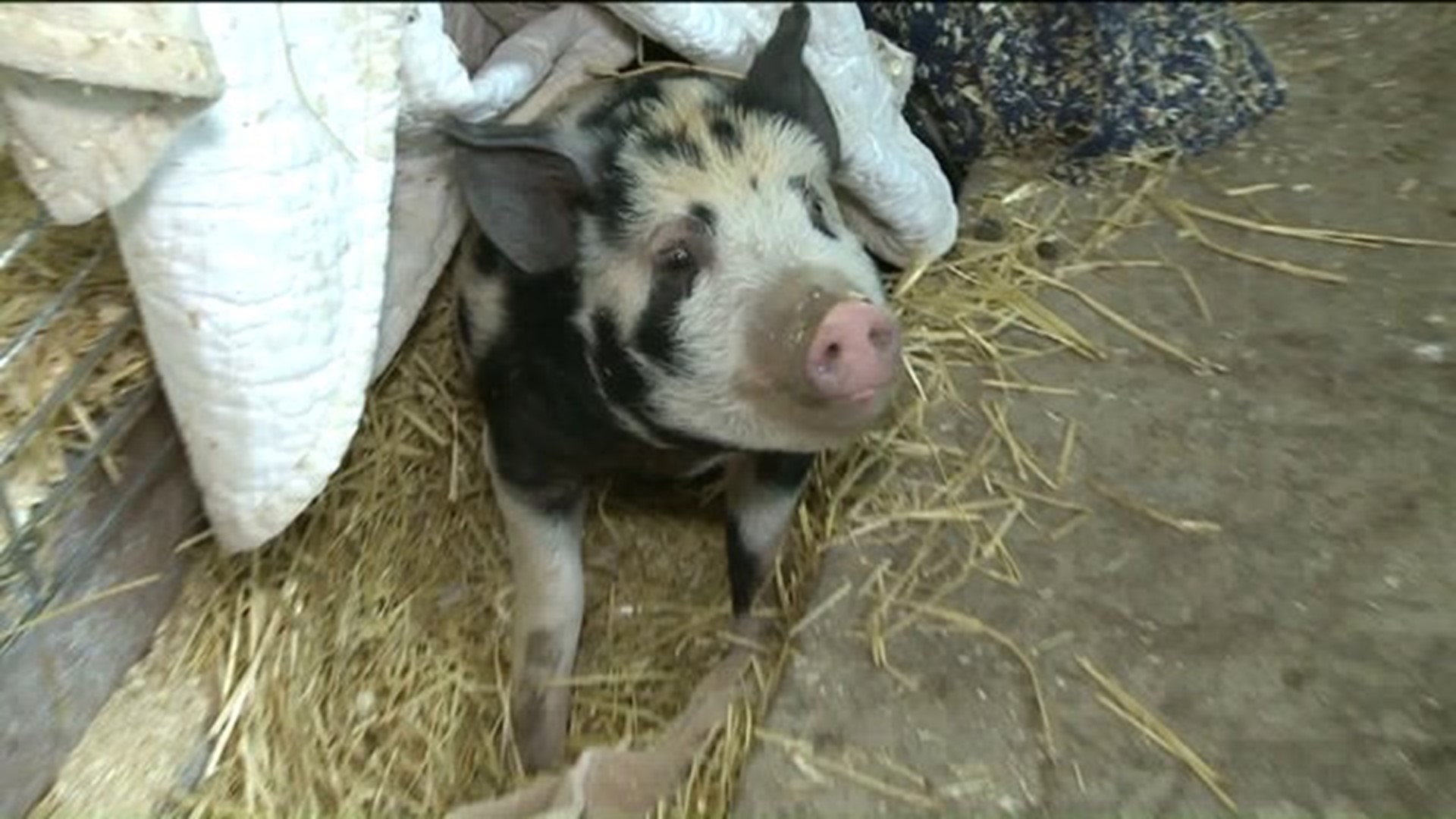 CHERRY RIDGE TOWNSHIP -- A farm in Wayne County that rescues animals is putting out the call for help. Billy's New Hope Barn is in need of volunteers.

Step inside at Billy's New Hope Barn near Honesdale and you'll meet a variety of animals that live here following some tough times.

Percy the pig was part of a prank on someone who lives on Long Island, New York. Percy was taken from his mother at a young age only to wind up here with Marcy Bunting.

"We have rescued animals from as far as Ohio, New York State, Connecticut, and all the way down South Carolina," said Bunting.

Bunting tells Newswatch 16 that she and her husband now use the former dairy barn to house roughly 40 animals in need of care including cows, a horse, hogs, and chickens.

The whole operation is run on donations, but without enough volunteers to help around the farm, Bunting stopped taking animals in.

"We really need help. A lot of times it's only myself doing the work. We have a few volunteers that pop in here and there but it's 365 days a year, seven days a week, hot weather, cold weather, holidays, the whole thing."

No matter the season, volunteering at Billy's New Hope Barn here near Honesdale is a messy job with cleanup up from the animals either outside or inside where they're taking refuge from the cold.

These animals, both big and small, need to be fed food and water. They also need a lot of attention and Bunting is appealing to anyone who can even volunteer one day a week for a couple hours.

"I think it's a time constraint, everybody's so busy and it's hard," Bunting said.