We give a 16 Salute to a young man with special needs from Wayne County whose story has been shared nationally. 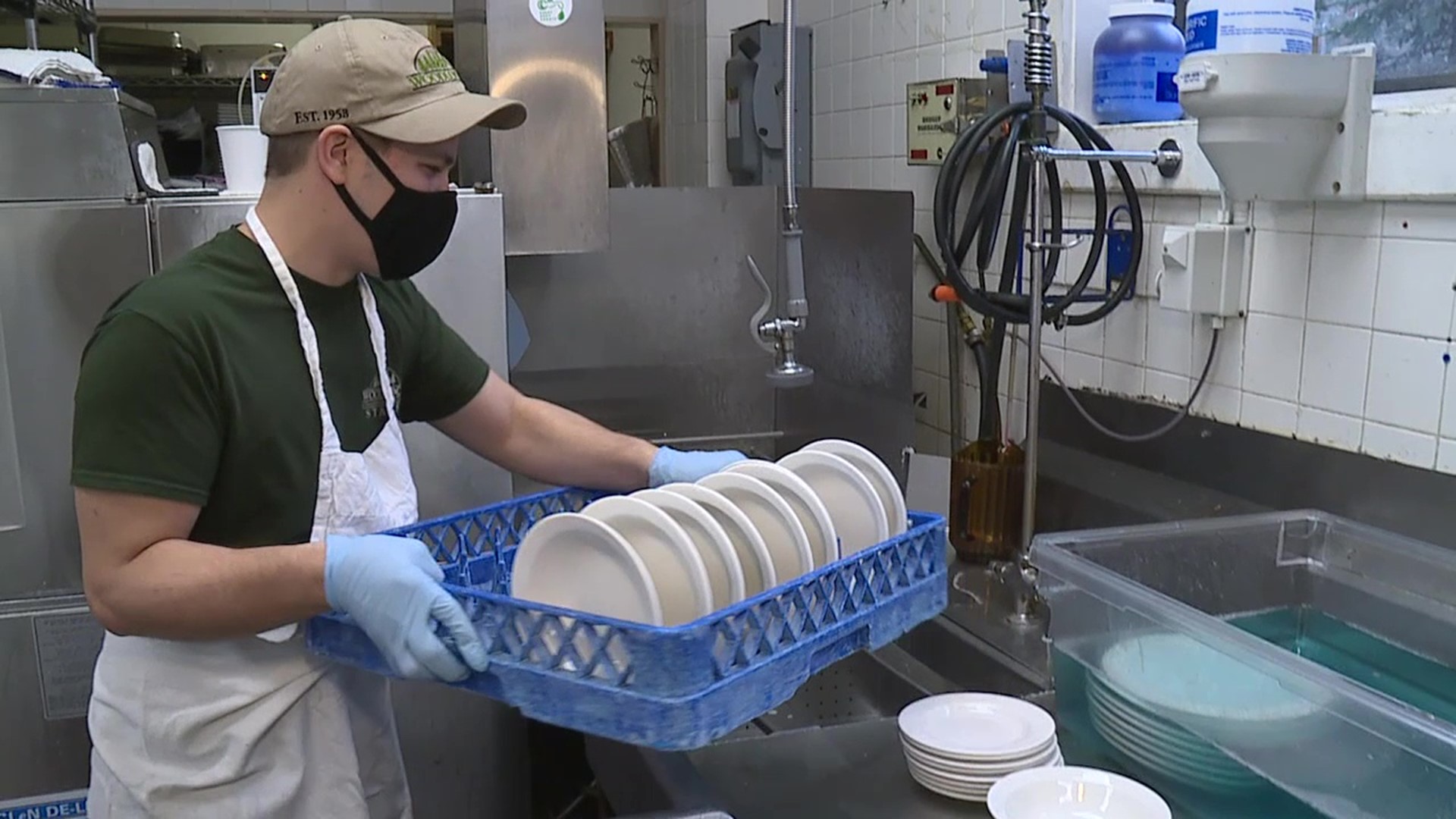 WAYNE COUNTY, Pa. — Nick Litz works in the kitchen at the Inn at Woodloch near Hawley as a dishwasher. Nick was diagnosed at the age of three with autistic spectrum disorder. Nick's family immediately sought treatment to give him as much help and normality that they could get.

Now 23 years old, Nick uses his cell phone and sign language cards to communicate with his coworkers at Woodloch.

The Human Resource Center and Community Vocational Services were two groups that helped nick and his family get the best support for him to grow as an individual.

When Nick was in high school, he started working a few hours a week at Woodloch. He was hired at Woodloch last summer, washing dishes three days a week, and has thrived.

The kitchen staff at the Inn at Woodloch say nick makes coming to work enjoyable.

"I think the rest of the staff has taken to him very well," said Dan Corcoran, executive chef at the Inn at Woodloch. "They're happy to see him working here. They take him under their wing, as everybody else does, and help him out when needed. They're happy that he's part of the team."

"Nick is a very happy and joyous person. Aside from the fact that he's a great worker, he brings joy," said Rick Morgan, a Woodloch employee.

Part of Alison Kandrovy's job with Community Vocational Services is to write success stories about clients working in area businesses.

"We want to highlight them, as well to get more people involved. We hope that other businesses will look at that as a great example of someone that can benefit their organization as well. Someone like nick is definitely the definition of that. He's obviously benefitted greatly here. Everyone here has been so supportive of Nick," Kandrovy said.

Kandrovy's write-up on Nick, along with Nick's infectious personality, received national attention when his story was featured on GMA3 last week.

"I least of all probably expected it, but it was in my wildest dreams to think if I write an article about a client someday, it could end up on national news, and here it actually did, and it was really just a huge thrill for all of us."

"That's a big yes!" Nick said with a laugh when asked if he is now famous.

"It's all Nick. He's really doing it, and we're just pretty much guiding him, but it's really him doing it with his great work ethic," Kandrovy said.

Kandrovy says nurturing children with special needs has to start from the very beginning, and Nick's parents have done that, giving him the tools to shine bright in the spotlight of life.

"Nick is a true success story in that way. He really defeated a lot of odds, and if he can do it, anyone can do it."

Nick's family says they are so thankful for everyone who has helped him along the way. And don't expect Nick to slow down anytime soon. He's saving money to buy an ATV.