HONESDALE — As if serving his country, his family and church weren’t enough, a retiree in Wayne County has given back to his community for the bette... 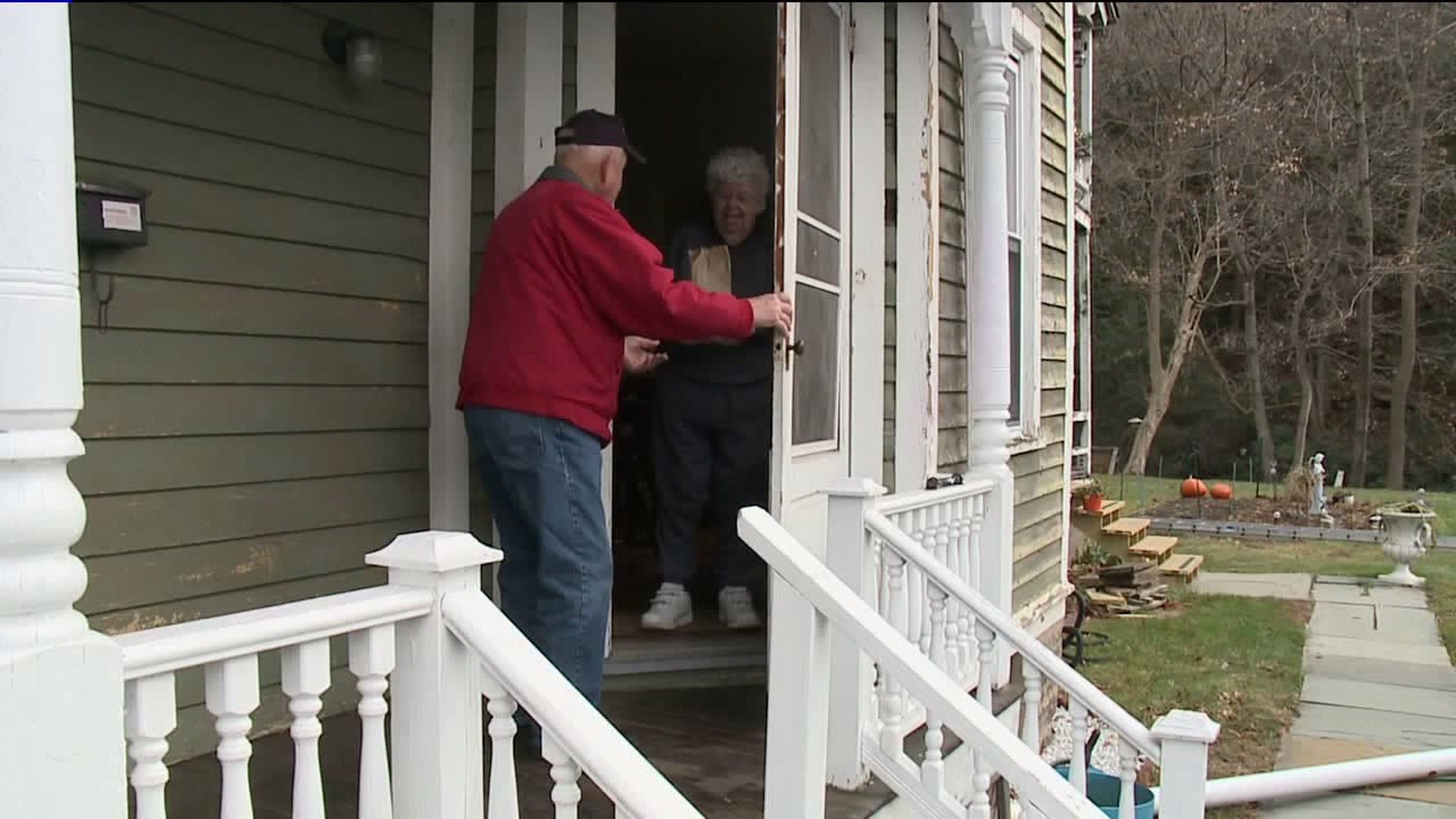 HONESDALE -- As if serving his country, his family and church weren't enough, a retiree in Wayne County has given back to his community for the better part of a century.

For 20 years now, George Piercy has spent his Wednesday morning carrying warm meals to these wheels. The volunteer with Wayne County's Meals on Wheels drives from home to home, delivering more than what's in his hands.

"If I can do something to help someone it`s what my philosophy is to reach out to somebody in need," said George Piercy.

George served his country in the 1950s. He has volunteered with the Seelyville Fire Company since he was 16. Even in retirement, he goes the distance to help others, some he has known for a long while.

"This is why I`m doing it, I`m helping someone I could be home aches and pains. I stay out in touch with people and make sure they`re getting their meals. Someday I`ll be old," said Piercy.

Don't let him fool you. George climbs stairs like he's 18, not 85 and he keeps going.

"You have 24 hours a day. If I sit in a rocking chair, I`m not accomplishing anything else."

Now he's accomplished something. Recognized by the folks at Wayne County Area Agency on Aging for his 20 years of delivering Meals on Wheels to homebound folks.

"Every Wednesday morning, two mornings a week if we need him he will come in," said Kathy Robbins, Area Agency on Aging. "That`s wonderful. He deserves to be recognized. We both have gray hairs now."

He does not plan to slow down anytime soon.

"As long as I can keep going and this is what keeps me going, doing this and helping other people," said Piercy.

That is why 16 salutes George Piercy.