Many employees have either worked through the pandemic or have been laid off and one company in Wayne County wanted to put something else on its employees’ plates. 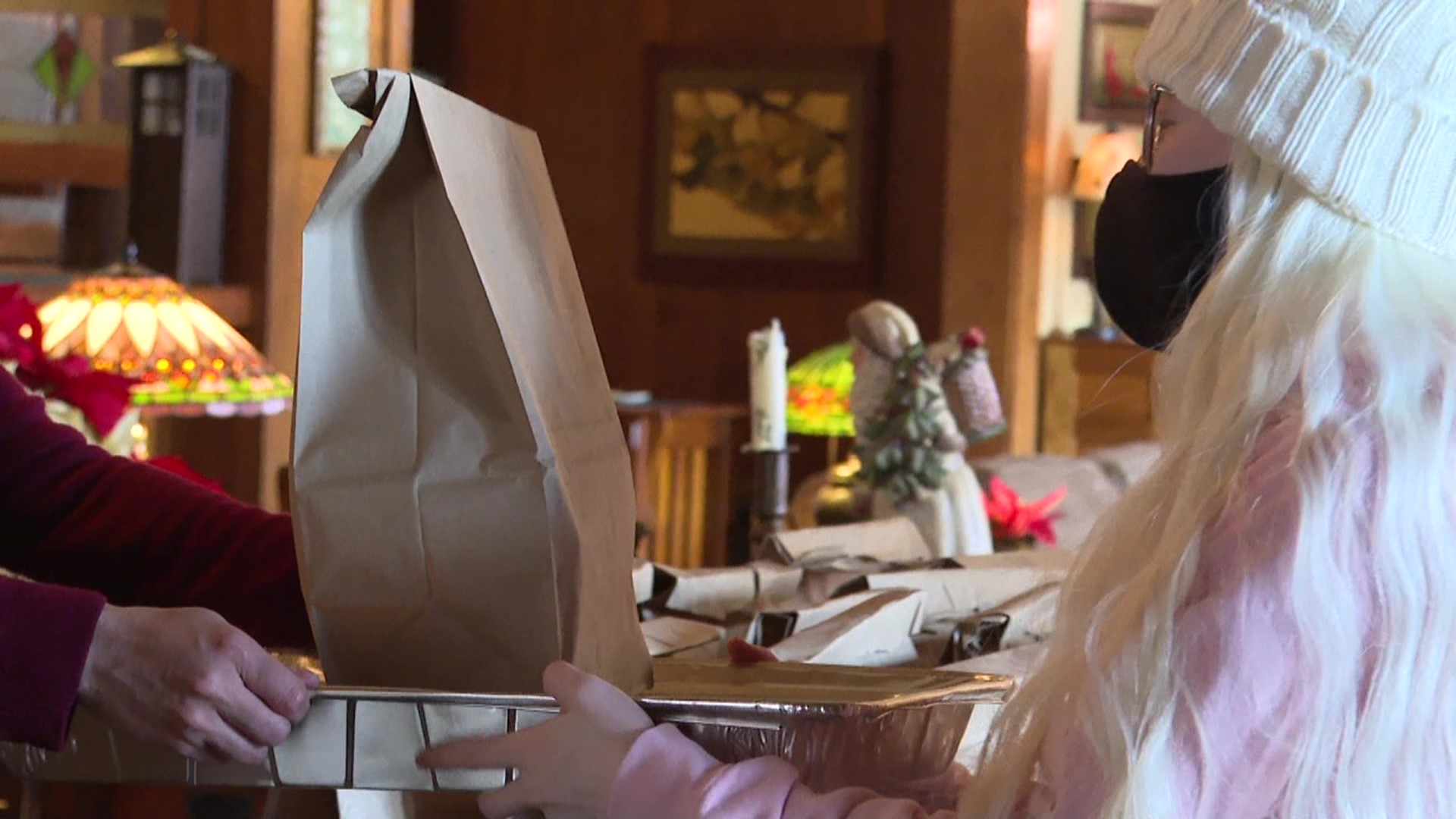 HAWLEY, Pa. — The kitchen staff at The Settlers Inn in Hawley was busy preparing food, but not to be served in the dining room. For the last three days, executive chef Kate Woehrle and her staff have prepared 500 pounds of potatoes, 650 pounds of ham, and other side dishes to give to 1,300 employees of the Settlers Hospitality Group.

With so many meals to make in a short amount of time, some non-kitchen staff members helped pitch in to package and prepare the meals, including wedding and event coordinator Hope Shuman.

"It was so special to be able to give them a family meal to bring home and just to enjoy time with their loved ones and to really appreciate what we do have, and all the positivity that can come out of this," said Shuman.

Some other employees were feeling in the Christmas giving spirit as well. They said they wanted to donate their meal to someone else who needed it.

"The fact that they're taking things and then re-donating it, and we're able to give it to corrections officers and their families or to county officials who've been very good to us and their staff and families. It just feels good all the way around, and everyone needs a little pick me up right now," said Settlers Hospitality Group CEO Justin Genzlinger.

Casey Lawlor works at The Dock on Wallenpaupack, one of Settlers' four restaurants. She and her son came to pick up their meal to take home.

"We're really, really grateful for this. My son is in the car, and he's super excited right now, so we're super thankful. Settlers Hospitality has always been great to us," said Lawlor.

Settlers Hospitality Group also collected about $2,500 to donate to the local food bank.