A lightning strike in Morgan City sent debris into four homes, but Sarah Ribardi was able to duck fast enough to avoid getting hurt. 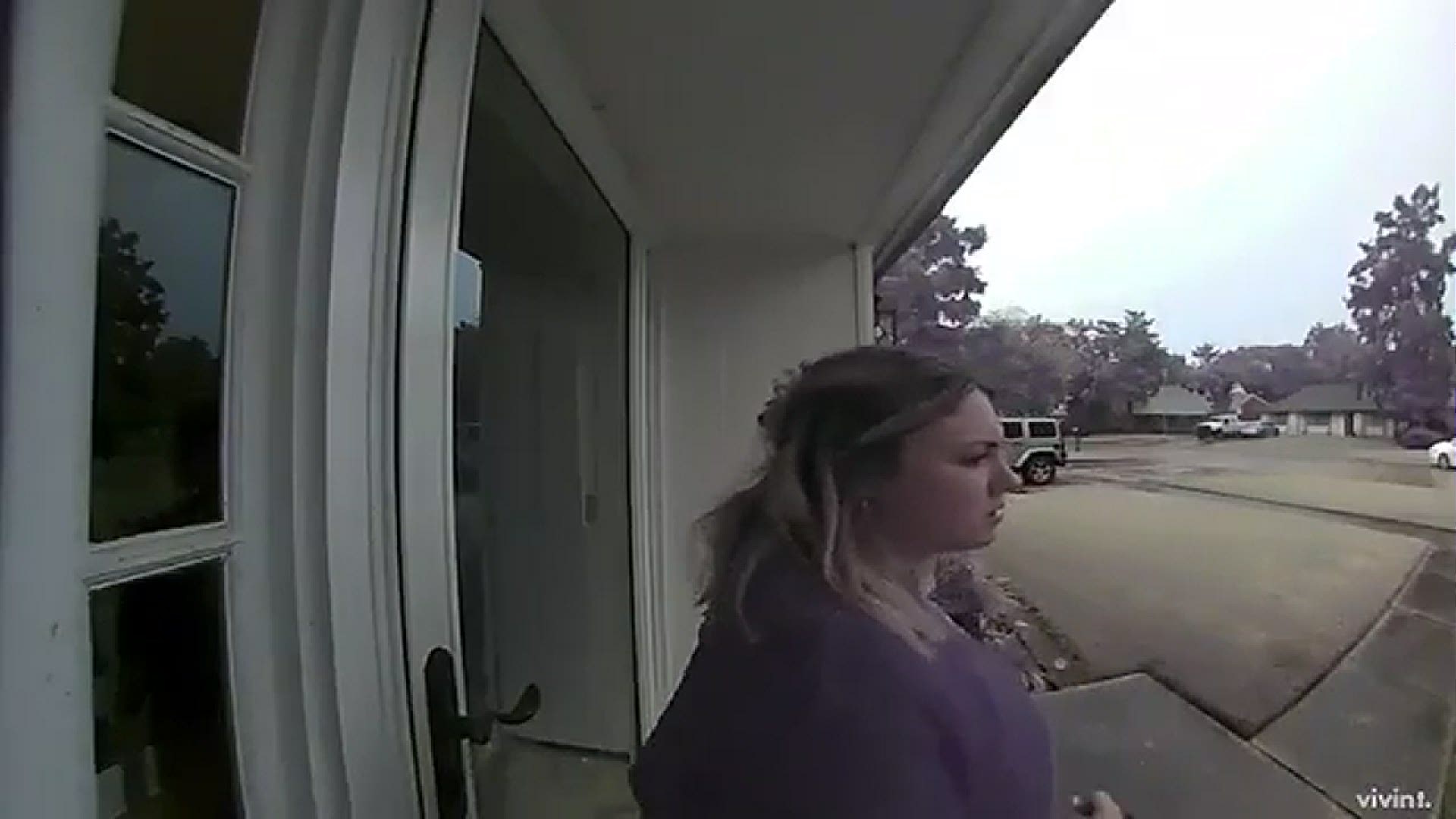 NEW ORLEANS — In what looks like a close call, a Louisiana woman's reflexes and luck saved her from getting hurt in a lightning strike.

Sarah Ribardi walked out of her Morgan City home around 7:45 p.m. Friday. Little did she know, she'd run back in seconds later.

Video shows the sky was illuminated with a flash of light as lightning struck a tree close to Ribardi's home, and thunder cracked through the atmosphere as Ribardi ducked for cover from incoming debris.

According to the National Lightning Safety Institute, lightning is three times hotter than the surface of the sun, and it travels at 90,000 miles per second.

The lightning that struck Morgan City was likely between 1 and 2 inches in diameter, and it superheated the air around the path it took from the clouds to the tree, creating a shock wave that is 10 times normal atmospheric pressure, a paper by the institute said.

Air all along the lightning's path exploded, sending sound at 758 mph through the atmosphere and warning Ribardi that something was coming. That sound was thunder.

Thunder at less than about 100 yards sounds like one large bang, not like the clapping sound heard from further distances.

Frame-by-frame, the video shows how debris shot through the air where Ribardi was once standing.

The debris damaged several homes, but luckily, Ribardi said no one was hurt.

"A single bolt can pack well over a billion joules of energy," she said. "That much energy would keep your bedside lamp going for up to half a year."

People indoors during lightning storms should stay off electronics, avoid plumbing, stay away from windows, doors, and concrete walls.

That night, a strong thunderstorm popped up just northeast of Morgan City and slowly crossed over the area through the 7 o'clock hour, Cranford said.

RELATED: Watching tropical waves in the Atlantic, development possible over the next few days

► Get breaking news from your neighborhood delivered directly to you by downloading the FREE WWL-TV News app now in the IOS App Store or Google Play.

‎New Orleans News from WWL
‎Stay up-to-date with the latest news and weather in the New Orleans area on the all-new free WWL TV app. Our app features the latest breaking news that impacts you and your family, interactive weather and radar, and live video from our newscasts and local events. LOCAL & BREAKING NEWS * Receive r...