Roughly 200 miles North of the territory of Hawaii, December 7th, 1941. It’s early and the Japanese planes, eventually numbering about 360, are flying off... 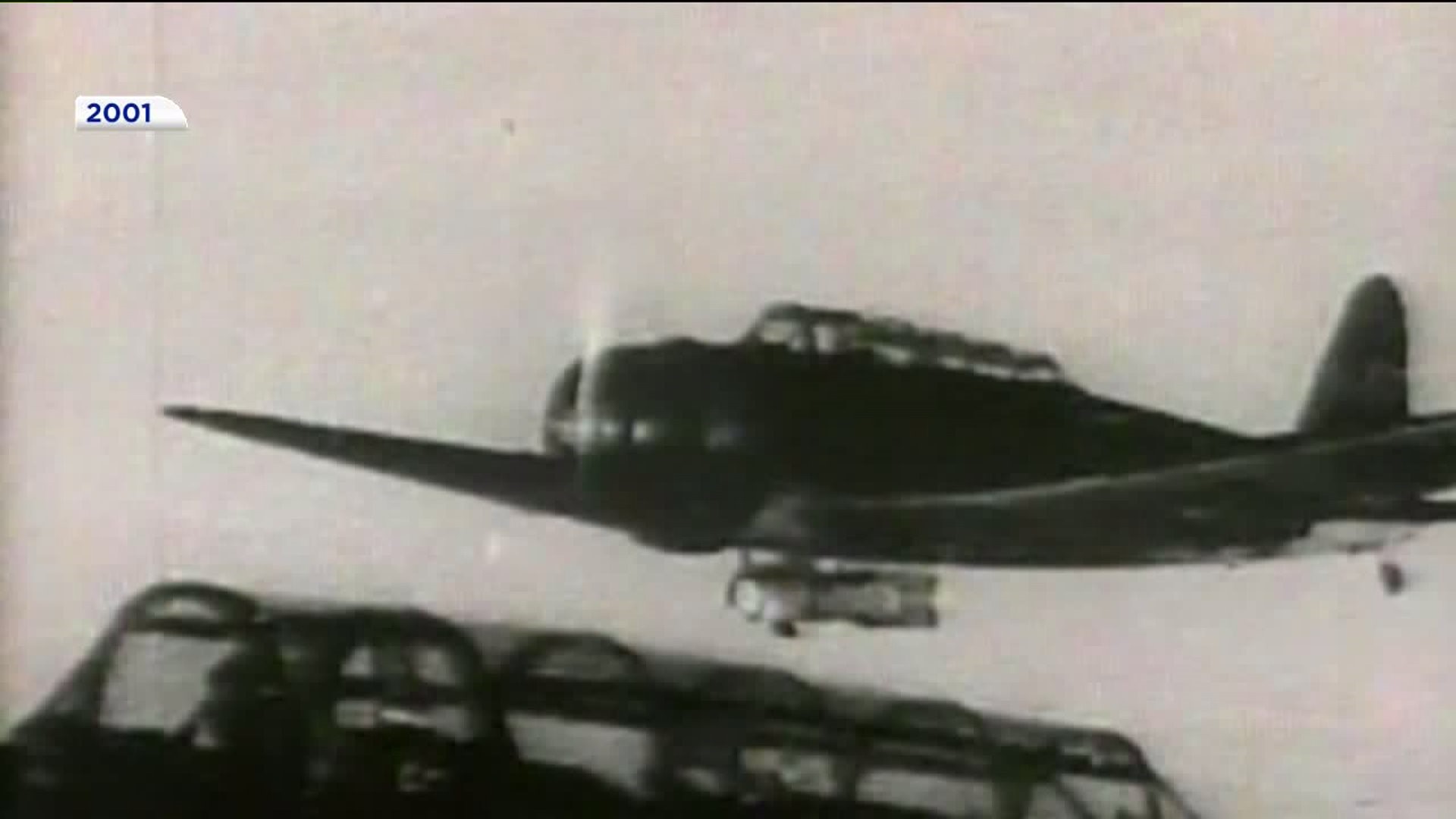 It's early and the Japanese planes, eventually numbering about 360, are flying off their carriers.

Their targets: the Pacific fleet and Hawaiian ground troops.

John Morgan was a private in the army air corp then, assigned to the 307th signal company at Wheeler Field on the island of Oahu.

It was a good duty station; John got to see a lot of sights, enjoyed the fine weather of Hawaii.

Military duty aside, there were worse places to be stationed.

Just days before the troops had enjoyed a fine Thanksgiving dinner, with all the trimmings.

The men here, no doubt, were looking forward to Christmas.

The Japanese aircraft moved unfailingly on their course toward pearl as the morning sun began to climb in the Pacific sky.

At that point signalman, John Morgan and the other men in his tent began to stir.

It was Sunday, an easy day; It was also John's birthday, his 22nd.

"Saturday we usually worked on cleanup and communications but Sunday I was going out to celebrate my birthday but they woke me up," said Morgan.

"We could feel the rumblin' then we heard the planes and then heard when they bombed it, the noise, and we picked up the flap of our tent, we could see the red circles on the planes. the one sarge yelled, 'Hey, they're japs' so we all scrambled from there, we got out of our tents and headed for cover," said Morgan.

"We had to go across an open field to get there so that's where we got caught in the strafing. the bullets got close to you? I would say about 2 feet," said Morgan.

In one half hour, the attack was over; the memory of it though, that has not gone away.

"I lost a few friends there, Morgan from New York, others, but I was lucky."

Their war ended the day it began.