Veterans Day 2020: Perspective during the pandemic

Newswatch 16 talked with two vets from central PA on what Veterans Day means to them and how it's changed a bit during COVID-19. 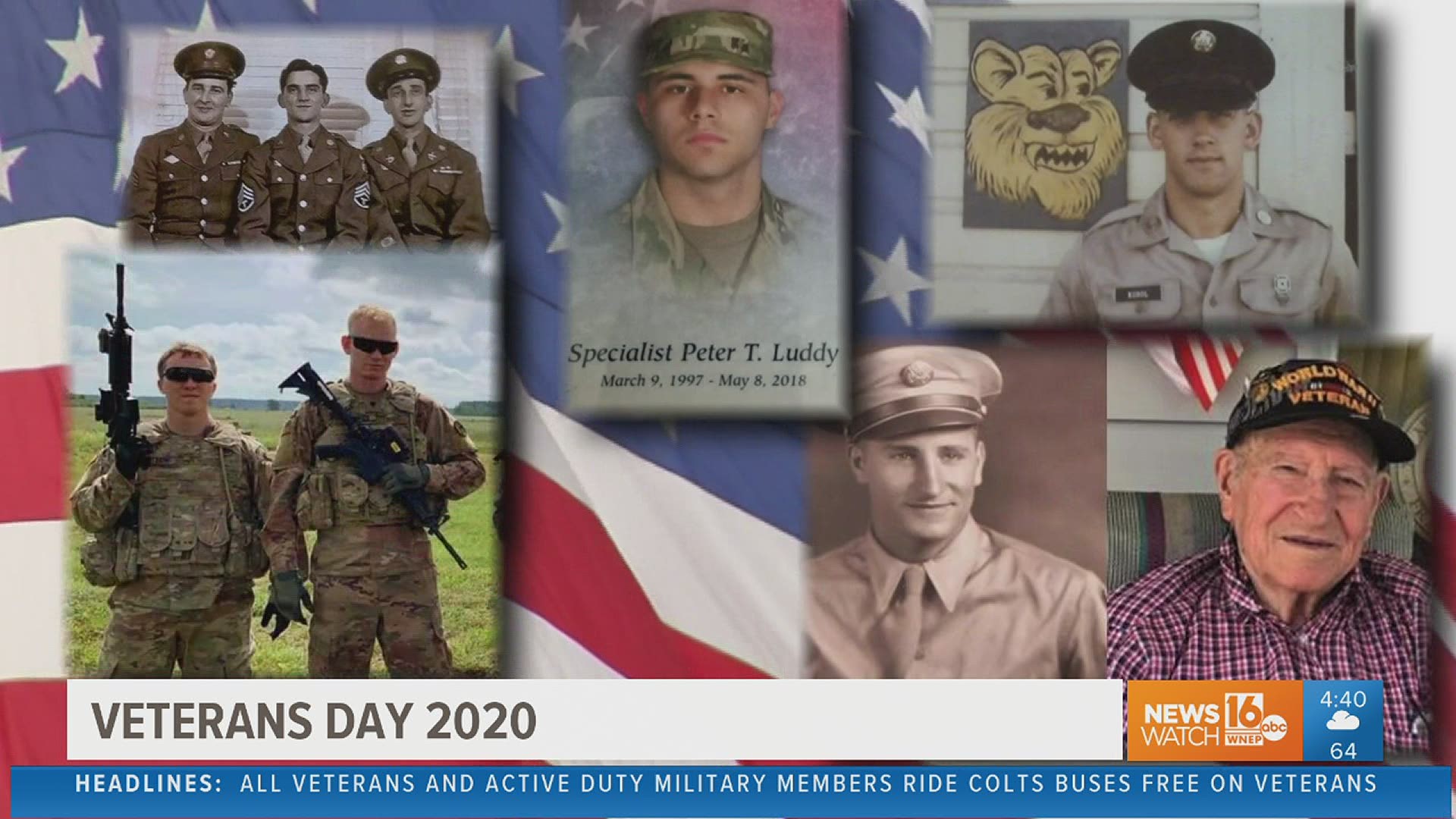 Veterans Day is a day to honor the brave across the country and here at home.

Newswatch 16 talked with some veterans from the Williamsport area who says even to this day, he thinks one group doesn’t get the credit they really deserve.

"I believe that it's an honor to be honored and everything, but a lot of it is only for the male. But when I was in, there was females who were their officers, the enlisted nurses, and doctors in combat people. I don't think they get enough recognition on Veterans Day," said Ed Weinhoffer.

Ed Weinhoffer and Mario Moreno both live in the Williamsport area, and both are veterans. Weinhoffer served in the US Air Force in the 1960s, working on missiles from the home front during the Vietnam era. Mario served in the U.S. Army from 2006 to 2010.

"I was attached to the 101st Airborne Division. So, we would also do convoys driving across from Kuwait to Iraq and also eight hours shifts, up there on the tower guarding the base," said Moreno.

Ryan Leckey asked both veterans how they felt the pandemic is impacting Veterans Day.

"I have to agree with you on this because we had our Veterans Day parade was on Saturday in the city of Montoursville," added Weinhoffer. "But this year. we had to scale back because of the virus. Hopefully, next year we go back to having a big parade again.

"I think the pandemic has made me personally think about Veterans Day in a way in a different way. The fact that such as being serving overseas, not many people get to experience the front lines, but they cheer for us. In the pandemic, heroes, courage, and sacrifice come in all forms, and especially our doctors and nurses that work in emergency rooms during the pandemic," explained Moreno. "I give the frontline workers, the essential workers as much props as. Or as much respect. The doctors and nurses, as much as veterans are. Sacrificing themselves, I've heard stories of nurses who passed away from the coronavirus trying to help other people." 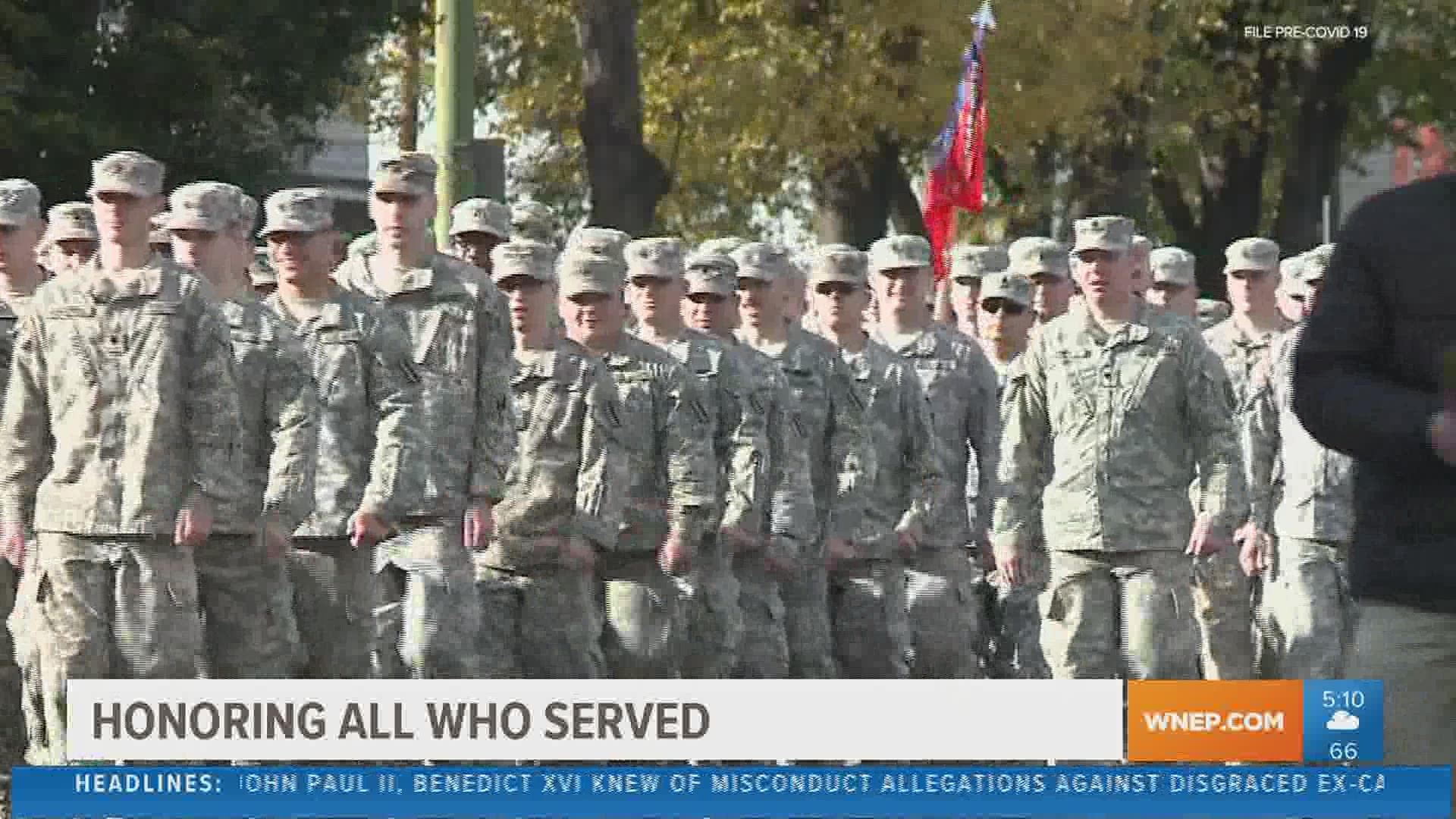 Although times are tough for everyone during the pandemic, those who served decades ago say at least now in 2020. They really feel a sense of appreciation for their service.

"I think it's a big change from when I first came onto the service, which was the Vietnam War, and the population of the United States had different political views on war and on veterans. I think that has matured since then," added Weinhoffer.

Newswatch 16 would like you to help us celebrate even servicemen and servicewomen.

Viewers can upload pictures of your vet to the Veterans Day 2020 slide show so everyone across northeastern and central Pennsylvania has a chance to honor and celebrate the heroes here at home.