EAST BUFFALO TOWNSHIP, Pa. — November 11, 2018 marks the 100th anniversary of the end of World War I, and in Union County, a ceremony remembered that day ... 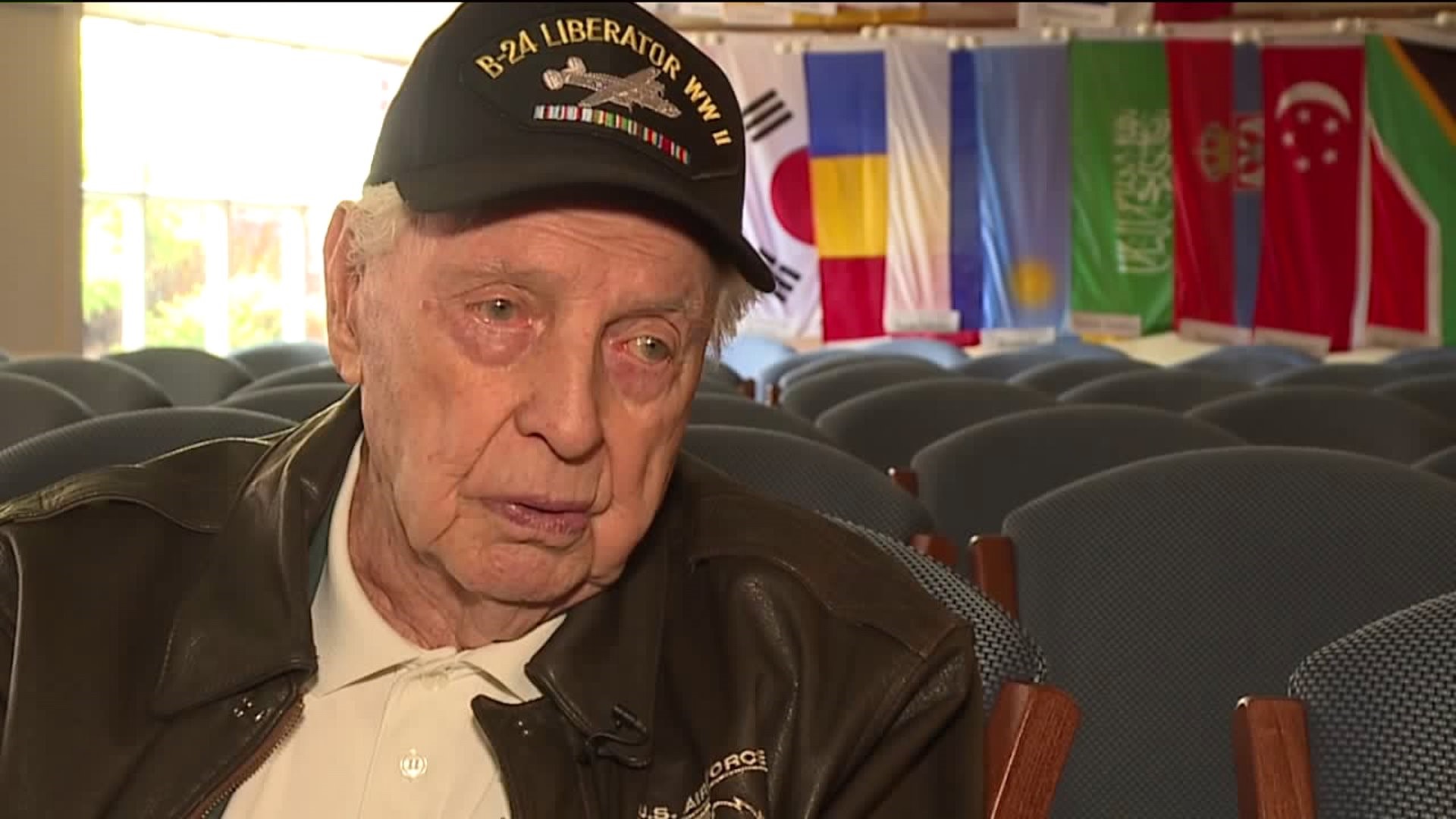 EAST BUFFALO TOWNSHIP, Pa. -- November 11, 2018 marks the 100th anniversary of the end of World War I, and in Union County, a ceremony remembered that day and the sacrifices made by so many.

The presentation of the colors marked the beginning of the ceremony at Bucknell University to commemorate the 100th anniversary of the end of the war.

Speakers read the names of 33 men and women who died in the war. Each studied at Bucknell before the end of the war on the 11th hour of the 11th day of the 11th month, known as Armistice Day.

Not far away, Lt. Col. Joe Diblin watched a live stream of the ceremony. Diblin fought in World War II as a pilot in the Air Force.

On this Veterans Day, Diblin remembered how his own birth wound up saving his father from serving in harm's way during "The War to End All Wars."

"I was born in 1917, and mother said to the military, 'Don't take him away!' And so they let him stay and do his duty in the United States, and he never forgave my mother," Diblin said with a laugh.

At the age of 101, Diblin works to make sure veterans are remembered by writing a local newspaper column. When he comes to Bucknell, he sees his work is not in vain. Students here tells us they plan to follow in his footsteps.

Diblin likes to give advice to the students in Bucknell University's ROTC program, but he also has an impact on students not going into the Armed Forces.

"I think what he does inspires me to learn more and to continue to go out and research, develop knowledge about what I don't know, and take those lessons from the past and make sure the future looks a lot brighter," said Bucknell senior Patricia Williams.

Students tell Newswatch 16 listening to Diblin talk about his sacrifice is powerful.

"I lost brothers in World War II, so anybody that had anything to do with it is special to me," Diblin said.

Diblin says he'll work to make sure veterans are remembered as long as he can.

"We mustn't forget those who saved this country and paid with their lives. That's the ultimate price."