MIFFLINBURG, Pa. — Police are still looking into what caused a Jeep to smash into an auto service center on Tuesday, but one day later, a man working insi... 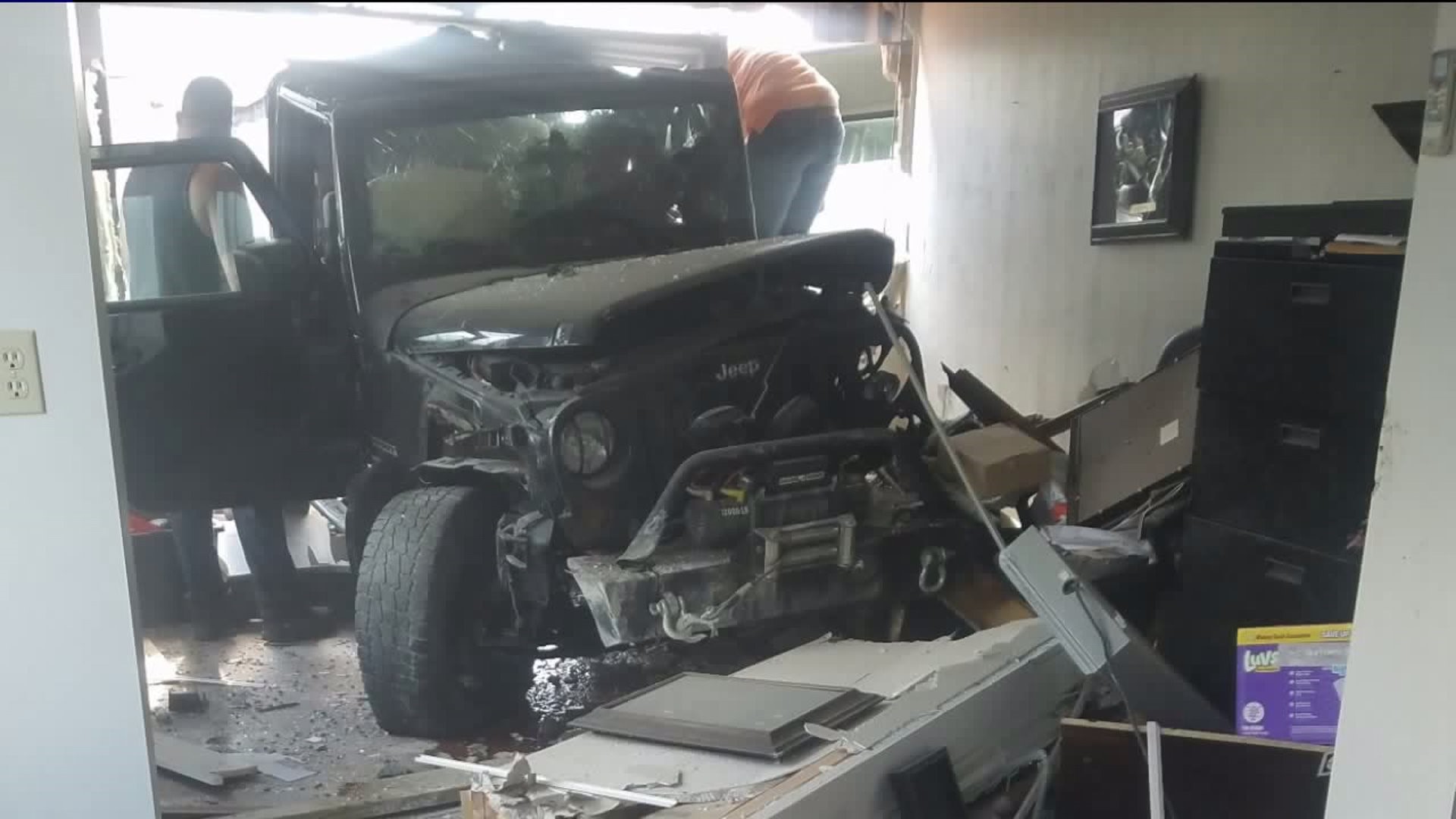 MIFFLINBURG, Pa. -- Police are still looking into what caused a Jeep to smash into an auto service center on Tuesday, but one day later, a man working inside that building is talking about his near miss with disaster.

“The Jeep was completely where my desk was. My desk was against that wall, and it just was sitting there,” said Brandon Ruhl, pointing to all the rumble that is now his office.

His office inside the Mifflinburg Auto Sales and Service Center looks like a bomb exploded after a Jeep came crashing through the wall of the service center around 4:30 p.m. Tuesday.

“Everything happened and I come out and there's a Jeep in my garage, my office,” said Ruhl. “We've had some crashes here, but this was by far the worst for sure.”

Mifflinburg police say that Jeep, driven by 35-year-old Grant Mercer of Northumberland, was approaching an intersection at Chestnut Street, or Route 45, where the service center sits. For some reason, it did not stop, crossed Route 45, and slammed into the building.

Police say Mercer was taken to hospital for minor injuries.

“He had a dog in the back, and the dog wasn't hurt at all. It was in a seat belt, so everything thankfully worked out well,” said Ruhl.

Ruhl says less than a minute before that Jeep came crashing through his office wall, he had been sitting at his desk doing paperwork.

“I took a picture of the seat I was in when the Jeep was still there, and the Jeep was crouched up against and the seat's,” said Ruhl. “That's the seat that I was sitting in, 30 seconds, 40 seconds before.”

“Yeah, we were busy, so it was a miracle nobody was hurt,” said worker Amegan Davis.

“I'm just glad everyone is OK. The shop can be fixed,” said Ruhl.

The service center is still able to operate while the office is being repaired.