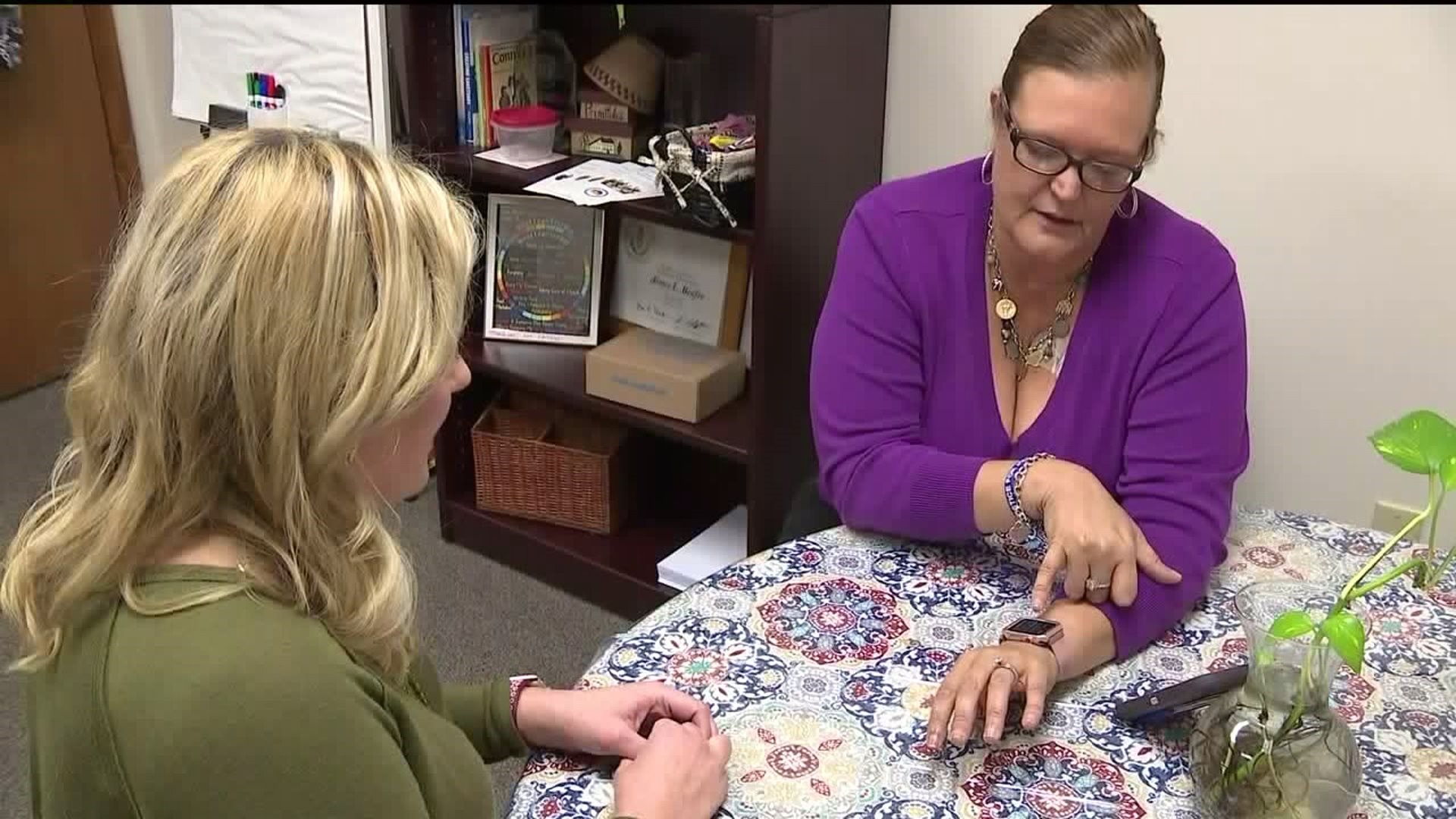 Aimee Benfer of Middleburg is a social worker at Union County Children and Youth. Last month she was in a meeting with coworkers when she felt something vibrating on her wrist. It was her Apple Watch.

"My watch started going off, vibrating and telling me I was in AFib," Benfer said.

Atrial Fibrillation means irregular heartbeat, and according to Aimee's Apple Watch, her heart rate was 188.

"I was going to kind of ignore it until everyone told me you need to go to the doctor," Benfer said.

In 2006, Aimee had open heart surgery and has a mechanical valve, so she went to the emergency room.

"Patients are really using those wearable technologies to interact and become more of an active participant in their health care and really their wellness," Dr. Jordan Olsen said.

Dr. Olsen is part of Geisinger's mobile technology team and says Geisinger is seeing a surge in wearable technology. He recommends patients share the data with their doctors.

"Most health care providers can look at this type of data and use it as the first steps to open up a conversation and open up a more meaningful dialogue with their patients," Olsen said.

Now Aimee never leaves home without her apple watch and recommends it to everyone she meets. She believes it saved her life.

"I'm a social worker, so sometimes I forget to take care of me. It puts things back in perspective. It's a watch that yelled at me this time," Benfer said.

She now wears her Apple Watch all the time.