EAST BUFFALO TOWNSHIP — Colorful produce was everywhere you looked at the Lewisburg Farmers Market. The indoor/outdoor market usually draws a lot of peopl... 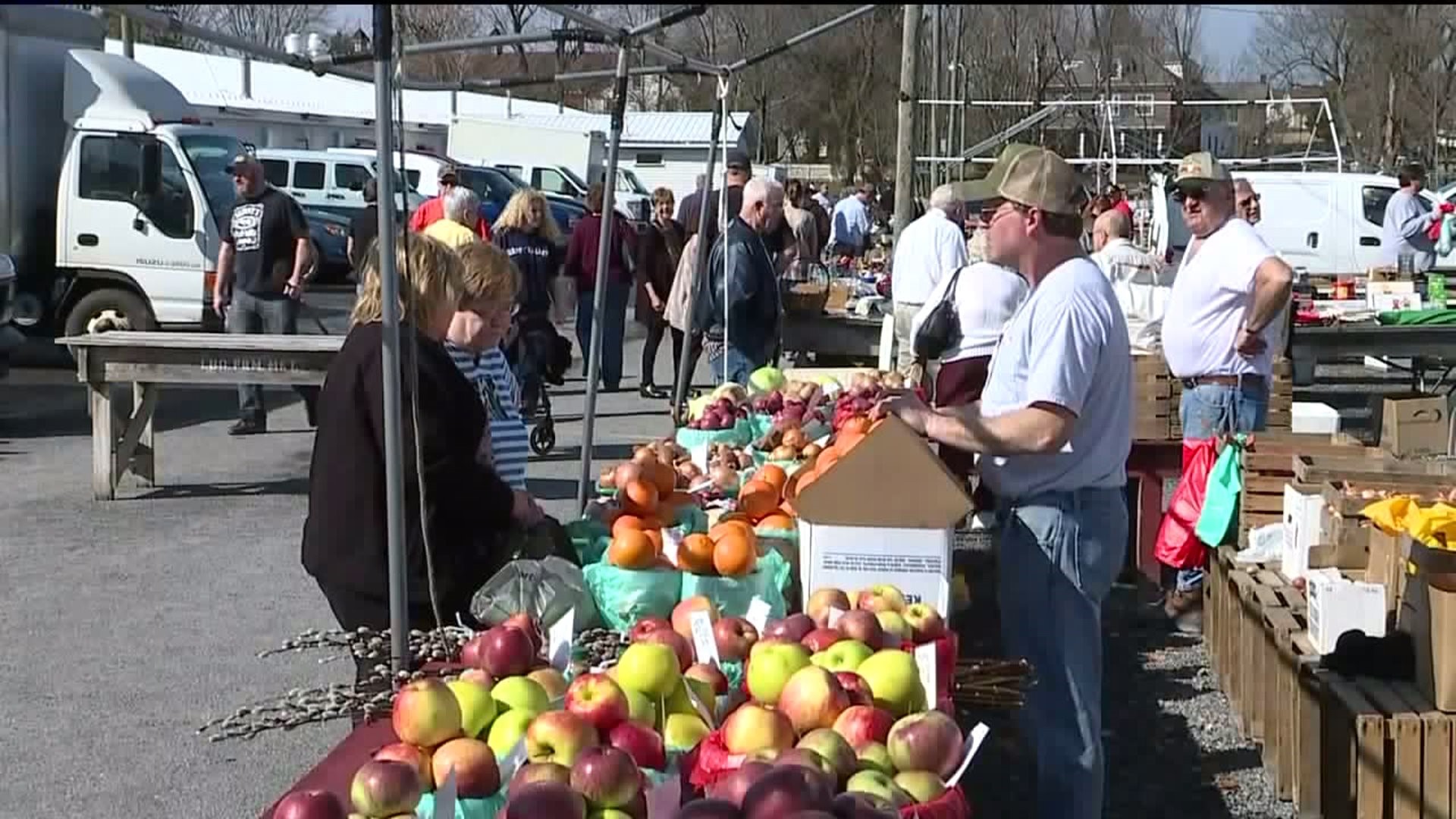 EAST BUFFALO TOWNSHIP -- Colorful produce was everywhere you looked at the Lewisburg Farmers Market. The indoor/outdoor market usually draws a lot of people, but on this day, it seemed more crowded than usual.

"Two weeks ago, there were only five vendors here, but that was when it was icy and it snowed," Barbara Laylon said.

With temperatures around 70 degrees in the Lewisburg area, the market was busier than usual for this time of year.

Some people tell Newswatch 16 they came to the market because it's the first really warm day this year, and they wanted to be outside.

No matter what the weather is like, Dries Orchards out of Sunbury is here. John Bzdil compared this week to what it was like two weeks ago when it snowed.

"We sort of pack a lot lighter because of the weather and it's colder. With the weather, fewer people come out. A nicer day we hopefully expect more people and we double our load on the truck and hopefully sell twice as many apples," Bzdil said.

But even so, most of the vendors are still inside this time of year, which is probably good because the weather is so unpredictable.

"It's T-shirt weather today, but tomorrow it's going to be cold, according to Snedeker," Glen Laylon said.

As for what happens Thursday, the forecast calls for snow, ice, and sleet, so this taste of spring won't last long.

Get the latest Stormtracker 16 forecast here.