LEWISBURG — New trees are being planted at a park in Union County to replace the ones hit by a destructive species of beetle. The insect destroyed dozens ... 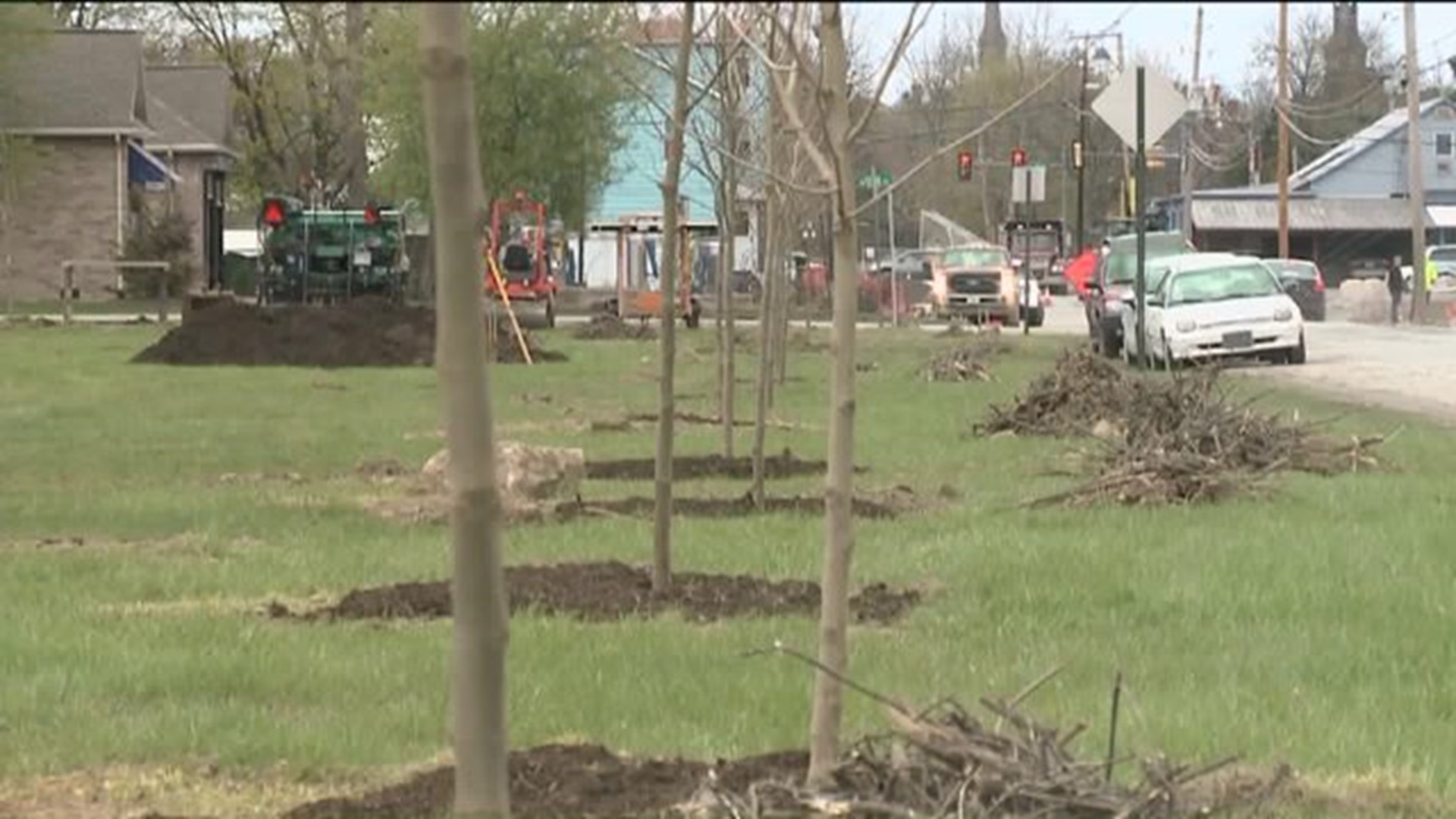 LEWISBURG -- New trees are being planted at a park in Union County to replace the ones hit by a destructive species of beetle.

The insect destroyed dozens of the trees in Lewisburg and others were removed to prevent the pest from spreading, leaving behind a lot of tree stumps.

Last year, officials there realized more than 200 of the borough's trees were infested with the emerald ash borer, an exotic beetle that kills trees.

"There were about 200 of the trees there. About 30 of them were treated in the parks and all the others were removed," said Trey Casimir, Lewisburg Shade Tree Commission chairman.

Around 170 trees were cut down earlier this year in Lewisburg.

"It's disappointing to see all the trees disappear. I understand that there was a reason for that, to prevent the spread of the disease," said Mifflinburg resident Steve White.

When it comes to trees in Lewisburg, what goes down must come back up. This past weekend, the borough's Shade Tree Commission held a community planting day and planted almost 30 new trees, with help from a grant from the Department of Conservation and Natural Resources.

The shade tree commission is planting even more trees over the next couple of weeks and they're looking for volunteers to help.

Lisa Boden of Lewisburg says she plans to volunteer.

"Our company, we work locally here and we help out with the rail trail. I think some of us are going to help with the trees, too."

The community planting days take place from 10 a.m. until 4 p.m. on the next two Saturdays. If you are interested in helping you are asked to meet at the Lewisburg ice rink.