Even though the Pennsylvania Farm Show is still taking place virtually, that doesn't help vendors. 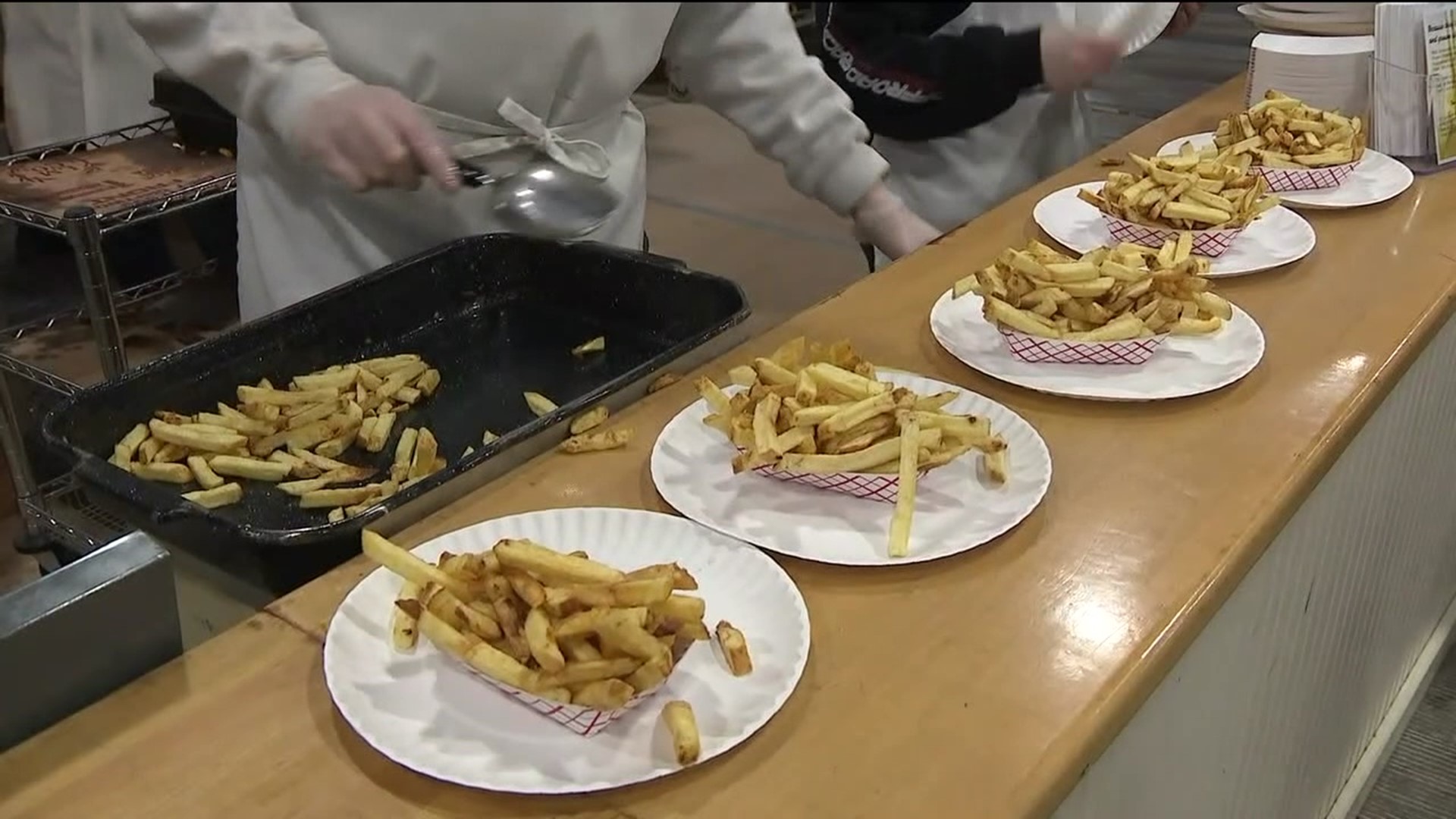 HARRISBURG, Pa. — Longtime Pennsylvania Farm Show vendors say they are making do, but they're already looking forward to next year's event.

Rahn Troutman and his family have had a french fry stand at the Lewisburg Farmers Market for nearly 50 years. But Troutman says it feels weird being here this week.

"This was the one week that we normally weren't here. We would have a sign up that says come see us at the Farm Show," Rahn Troutman said.

Troutman and his family from Dornsife have managed the booth at the Pennsylvania Farm Show in Harrisburg for the Pennsylvania Potato Growers for 48 years. They sell baked potatoes, french fries, and potato donuts. But this year's Farm Show has been moved online.

"I can't make virtual donuts or fries, but it's really interesting to watch," Troutman said.

It's the first time Troutman has not participated in the Farm Show in nearly 50 years.

"There was no way we were going to be able to operate. We have 70 people in our booth alone," Troutman said.

Hundreds of thousands of people usually attend the Pennsylvania Farm Show each year. Troutman says his booth goes through about 30 tons of potatoes during the week.

"It's a big part of my business for the year, and during the week at the Farm Show, like I said earlier, we employ close to 70 people," Troutman said.

His customers feel the same way.

"I'm very disappointed, but due to all this mess, I understand why things do get canceled," Ken Passell said.

Even though he cannot be at the Farm Show this year, Troutman is hopeful for next year.

"At some point when this all clears up that life can go back to normal, and we can do our fairs and events throughout the year," Troutman said.