LEWISBURG, Pa. — It’s hard to miss all the traffic on Market Street in Lewisburg. Many of the vehicles are tractor-trailers. The heavy truck traffic... 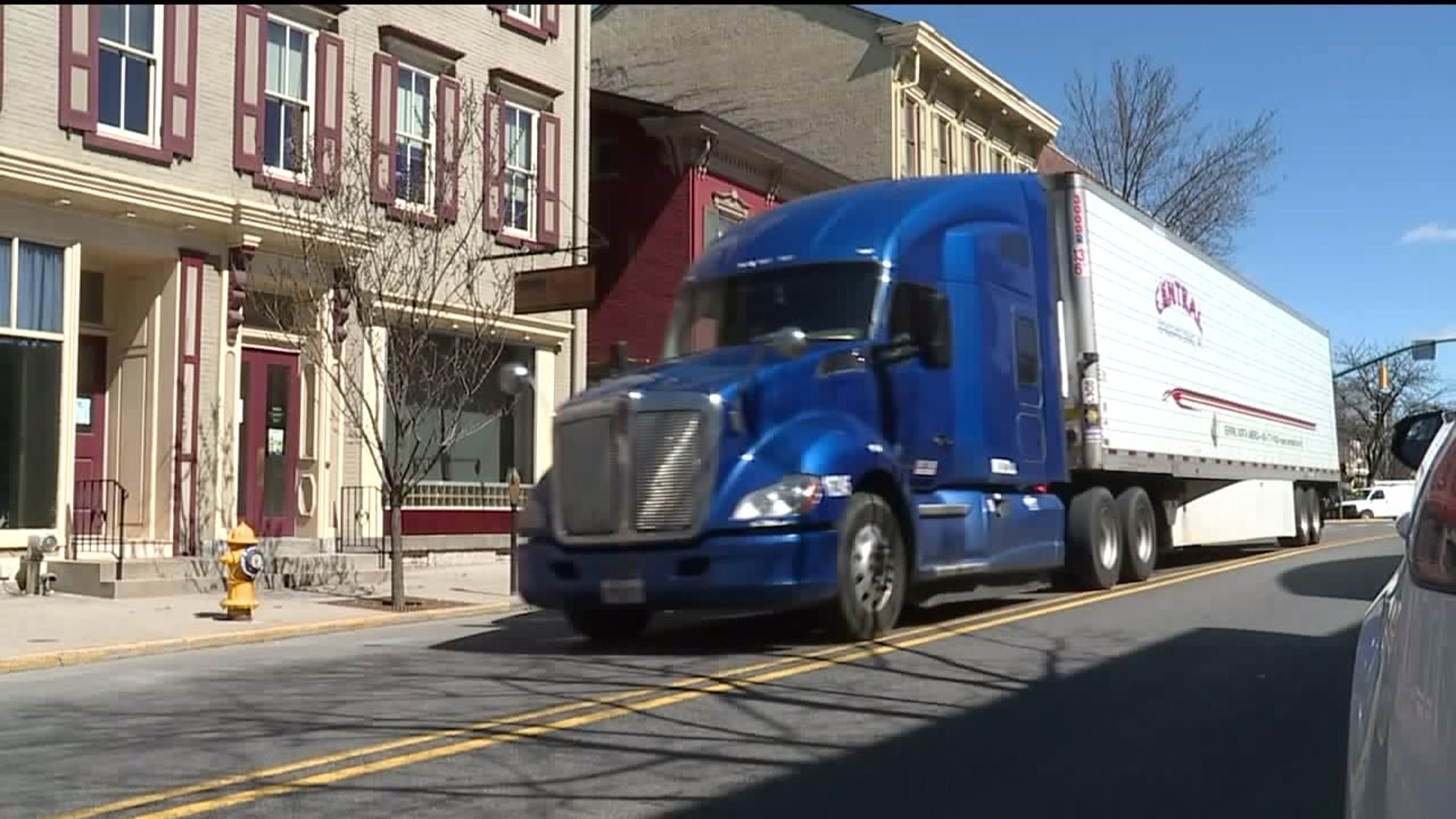 LEWISBURG, Pa. -- It's hard to miss all the traffic on Market Street in Lewisburg. Many of the vehicles are tractor-trailers. The heavy truck traffic began in the summer of 2017 with the start of two major road projects in central Pennsylvania. That forced big rigs to detour through downtown Lewisburg.

"We see these trucks blow through traffic lights. We see them speed through town. There's very little it seems we can do to stop them," Grace Mahon said.

Some employees believe the truck traffic is taking away from foot traffic in their stores.

"I think people are less likely to come downtown with all the trucks coming through. It's hard to park. It's hard to get out from Market Street," Dana Bosak said.

Earlier this year, Newswatch 16 spoke to business owner Connie Harter about a traffic study she and others were trying to fund.

"We want to see how the increased truck traffic has affected the safety of our small historical downtown," Harter said.

Harter tells Newswatch 16 the study has been funded and is scheduled to start soon.

"Whatever data we find from the study, then we can go further. We can go to the state level with what we get," Harter said.

Some of the things the study will focus on are the number of trucks going through, how fast they're going, and the number of pedestrians.

"Hopefully, it will start the process of change so we can see downtown get a little more quiet," Bosak said.

After the traffic study is finished, the business owners plan to go to PennDOT with the results.