UNION COUNTY, Pa. — There is a steady stream of tractor-trailers on Market Street in Lewisburg.  People are concerned that the truck traffic is hurting th... 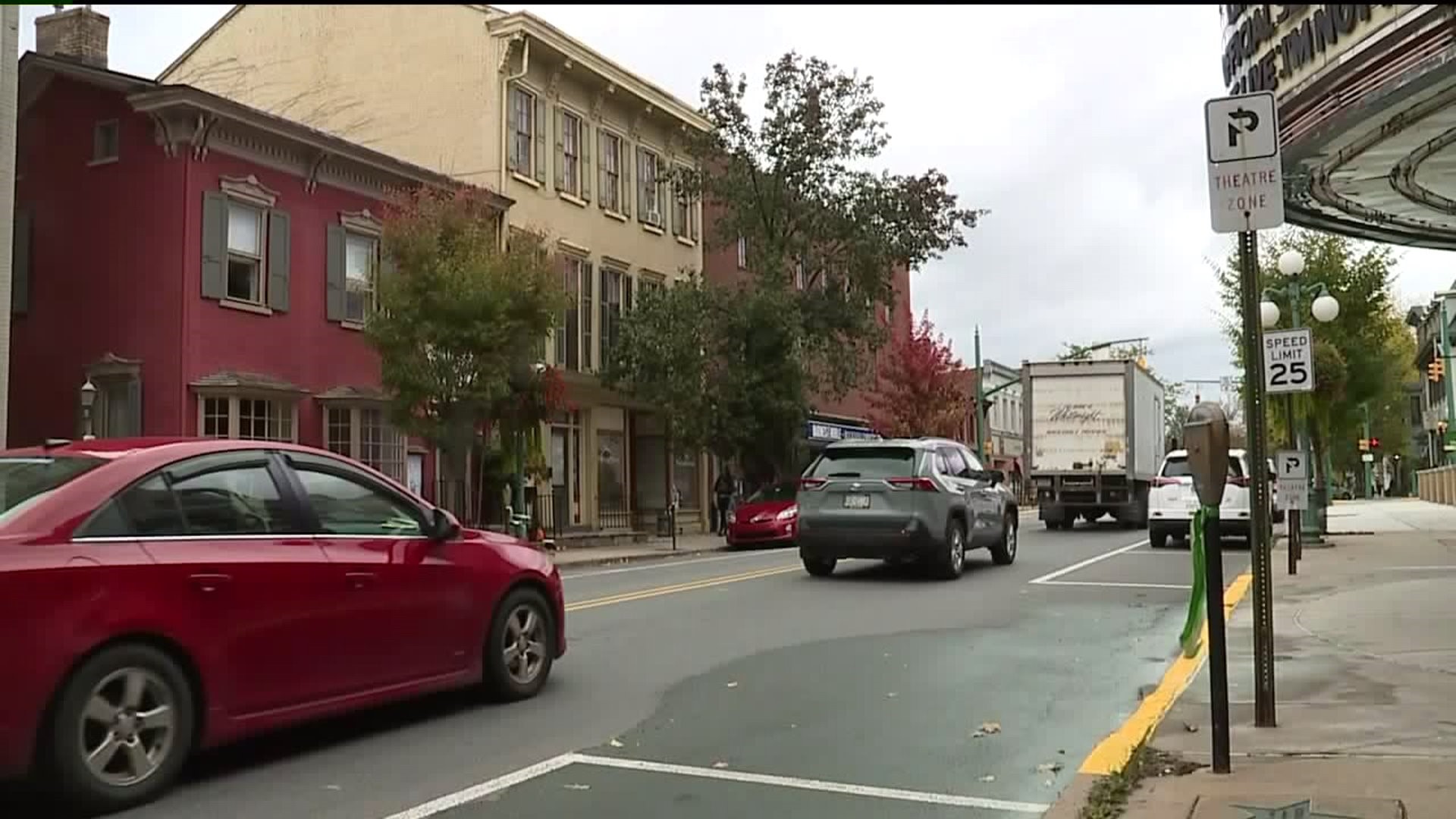 UNION COUNTY, Pa. -- There is a steady stream of tractor-trailers on Market Street in Lewisburg.  People are concerned that the truck traffic is hurting the downtown.

“It’s pretty out of control.  I mean the noise level from the trucks that roll by,” Gabrielle Taylor of Lewisburg said.

Recently Lewisburg conducted a traffic study in its downtown to see how truck traffic is affecting market street.  The results are in, and traffic engineers recommend that Lewisburg council ask PennDOT to ban heavy freight trucks from traveling on Market Street.

“To restrict the cut through trucks, those that do not belong in the downtown and make it really difficult for others to navigate and get through our community,” Lewisburg special projects coordinator Kim Wheeler said.

Wheeler is Lewisburg’s special projects coordinator.  She says engineers also recommend that the council adopts an ordinance banning tractor-trailers on all streets in Lewisburg.

“Cars are being side-swiped, mirrors are being hit. Those safety aspects are very concerning for a corridor that is so narrow,” Wheeler said.

In addition to banning tractor-trailers on Market Street, the traffic study also recommends lowering the speed limit here in Lewisburg from 25 to 20 miles per hour.

“You could feel the whole audience, it was this great sigh of relief of yes, this is what we’ve been saying now for over a year,” Lewisburg business owner Connie Harter said.

Harter owns two businesses on Market Street and says many customers do not want to shop downtown because of the truck traffic.  Harter was on the committee that spearheaded the traffic study.

“A lot of neigh-sayers that didn’t think it could happen and we did it.  We raised the money, we got the study done, we have the facts,” Harter said.

The next step is for the borough council to review the report, and then sit down with PennDOT and discuss the traffic study.