LEWISBURG — There will be no trial in the case against four teenagers accused of throwing a rock off an overpass in Union County and badly hurting a woman... 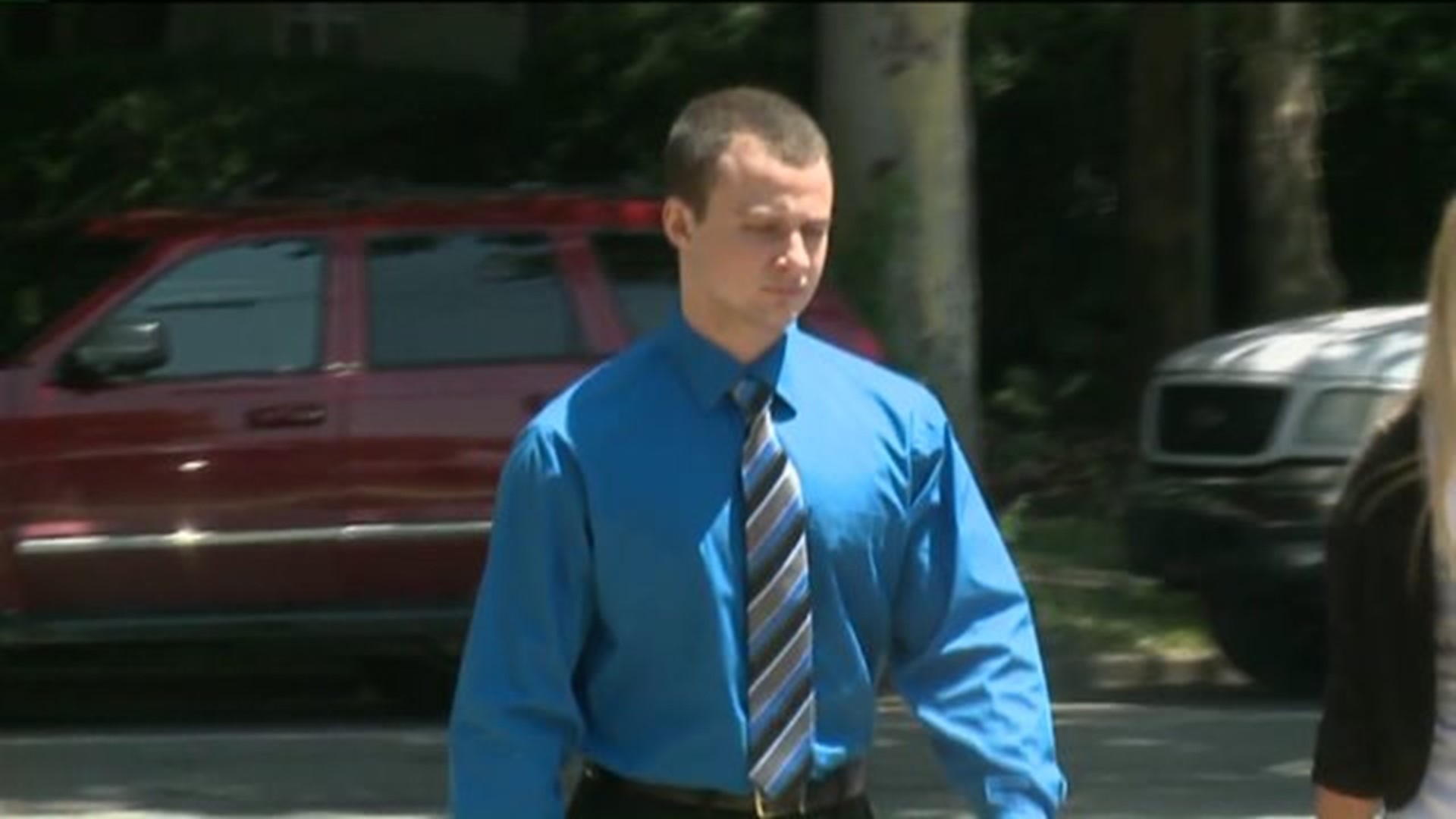 LEWISBURG -- There will be no trial in the case against four teenagers accused of throwing a rock off an overpass in Union County and badly hurting a woman from Ohio. The fourth teen in the case, Tyler Porter, entered a plea Tuesday afternoon.

Tyler Porter, 18, pleaded no contest Tuesday afternoon in Union County court. That means Porter does not admit he is guilty or not guilty.

According to the judge, Porter, Dylan Lahr, and Keefer McGee will be sentenced within the next 60 days.

Tyler Porter of Milton walked into the Union County Courthouse, ready to plead no contest to his role in the rock-throwing incident last year that left Sharon Budd of Ohio badly hurt.

Porter pleaded no contest to conspiracy to commit aggravated assault. All other charges were dismissed. By pleading no contest, Porter does not admit whether he is guilty or not guilty, but he will not stand trial for his role in the crime.

Last month, all four teenagers were in court, as was the Budd family, including Sharon.

Keefer McGee of New Columbia pleaded guilty to aggravated assault and could get almost one year behind bars.

Like Porter, Brett Lahr of New Columbia also pleaded no contest to criminal conspiracy to commit aggravated assault. He was sentenced to one and a half to 20 years in state prison.

The judge says there will be a special sentencing date set for Tyler Porter, Dylan Lahr, and Keefer McGee. This will take place within the next 60 days.