MIFFLINBURG, Pa. — Every year, a group of volunteer firefighters and supporters take to the streets for a symbolic walk that is so long, they have to star... 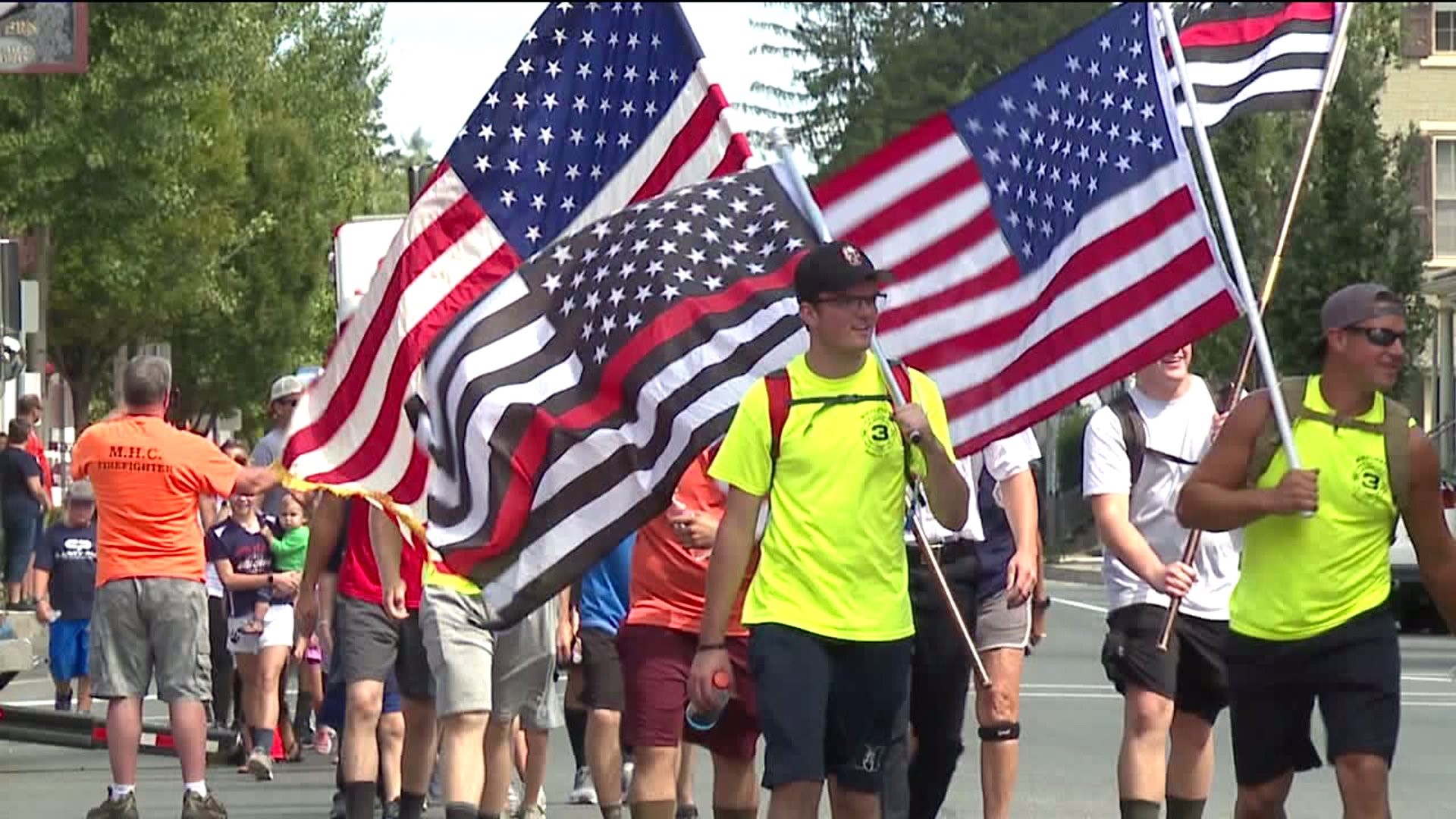 MIFFLINBURG, Pa. -- Every year, a group of volunteer firefighters and supporters take to the streets for a symbolic walk that is so long, they have to start at 2 a.m.

It's all to honor the first responders who died trying to save lives during the September 11th terror attacks.

Starting long before the sun came up, the group of men and women from Union County walked through streets and trails from Hughesville to Mifflinburg.

Trevor Clousre of Mifflinburg was 7 years old when the towers fell. He's now a firefighter and wanted to join those who walked and remembered what America lost on that day 18 years ago.

"I got to give back to the community. What I am experiencing now is nothing compared to what those guys felt in the towers," Clousre said.

Organizers say what started four years ago with 20 walkers has now grown, and they use the event as a teaching tool for those who weren't alive during the events of 2001.

"I think after 9/11 people got that sense of community. People came together, race, creed, everything. This day reminds me of that," said Jarred Fry Mifflinburg Hose Company.

"To see people raise the gauntlet and carry it, they give a visual reminder of what happened that day," said Deborah Tshudy of Lancaster.

Tshudy and her group of friends were riding through the Buffalo Valley Rail Trail when they spotted the walkers.

"I was amazed to see the younger people and the kids. I was thinking how young they would have been when they first heard the news, but I am sure it makes an impression by having their parents or whoever was with them going on the walk," Tshudy said.