Scaring Up Money for a Good Cause

NEW BERLIN, Pa. — With a graveyard full of ghosts, a kitchen serving a meal only a monster could eat,  and lots of creepy clowns, Roushville in Union Coun... 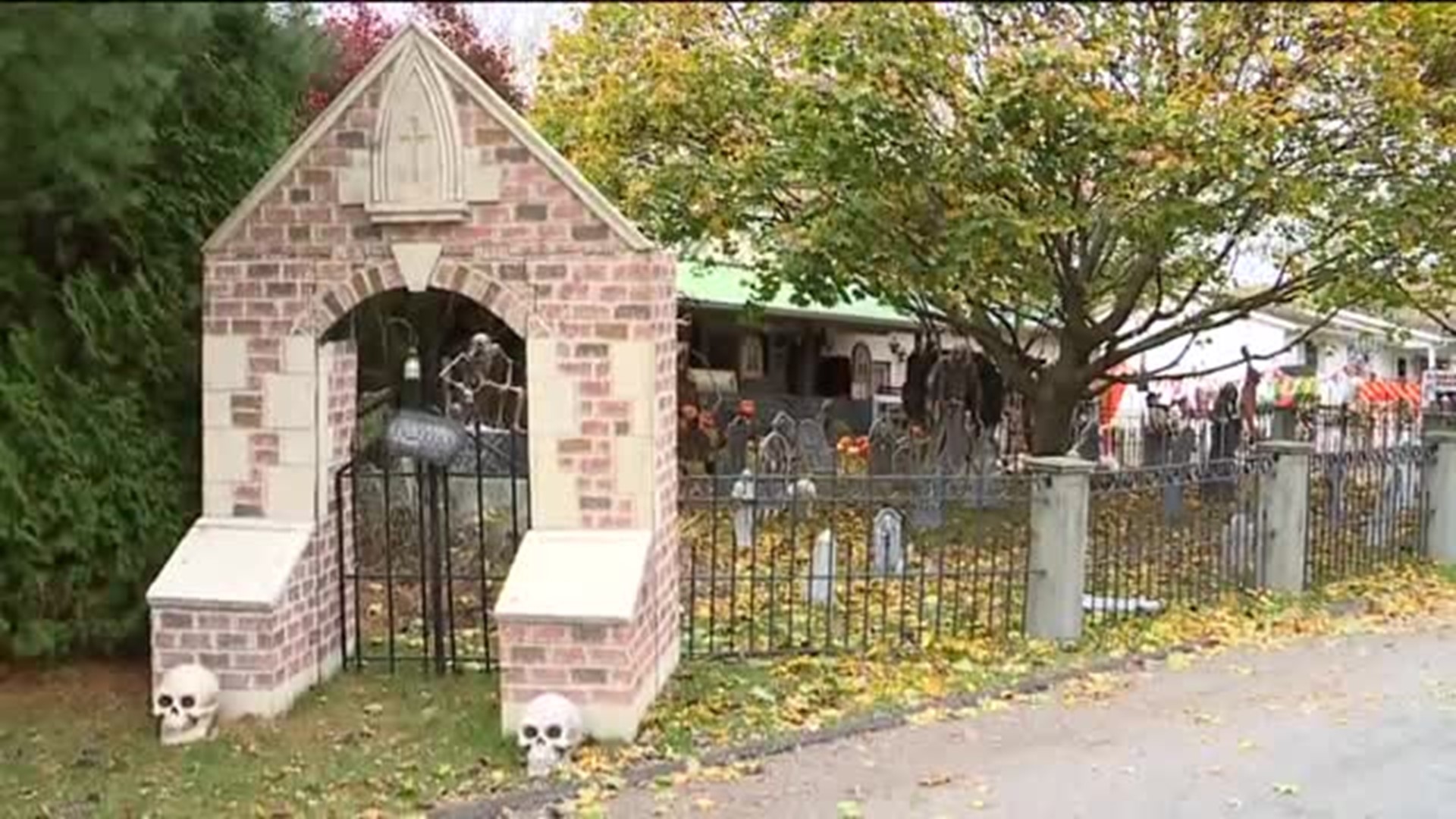 NEW BERLIN, Pa. -- With a graveyard full of ghosts, a kitchen serving a meal only a monster could eat,  and lots of creepy clowns, Roushville in Union County is scaring up money for a good cause.

Logan Roush spent the entire month decorating this spooky set up in New Berlin to raise money for his neighbor, Eric Powell, who was diagnosed with cancer.

"He's just a good neighbor, a good guy, and he annually puts up with the chaos that we create here on Halloween," Logan said.

Eric Powell is 41-years-old and he has NUT Carcinoma, which is a rare and aggressive type of cancer.

"Let's go" is exactly the attitude people in this area have towards helping one another.

No one knows that better than Logan.

Newswatch 16 was there this summer when Logan was welcomed home from North Carolina after a life-changing lung transplant surgery.

"I've been able to carry in the fence and the columns and in the past, that was never possible, so it's been a very cool season for that," Logan said.

"Not just because of Eric, but this is such a neat program and Logan has done this so many times. This year I think it's better than any before," said Phyllis Powell, Eric's mother.

This Halloween display really has something for everyone.

There's even a coffin full of Middleswarth chips!

Have you ever seen a coffin full of #Middleswarth chips?! I guess at this Halloween display in New Berlin it goes beyond until death do us part 😂 Tonight on @WNEP we’ll show you how this spooky set-up is raising money for a neighbor in need 🖤 pic.twitter.com/RrQzlpRvmG

Roushville will be open until Saturday night in New Berlin along Spangler Street.