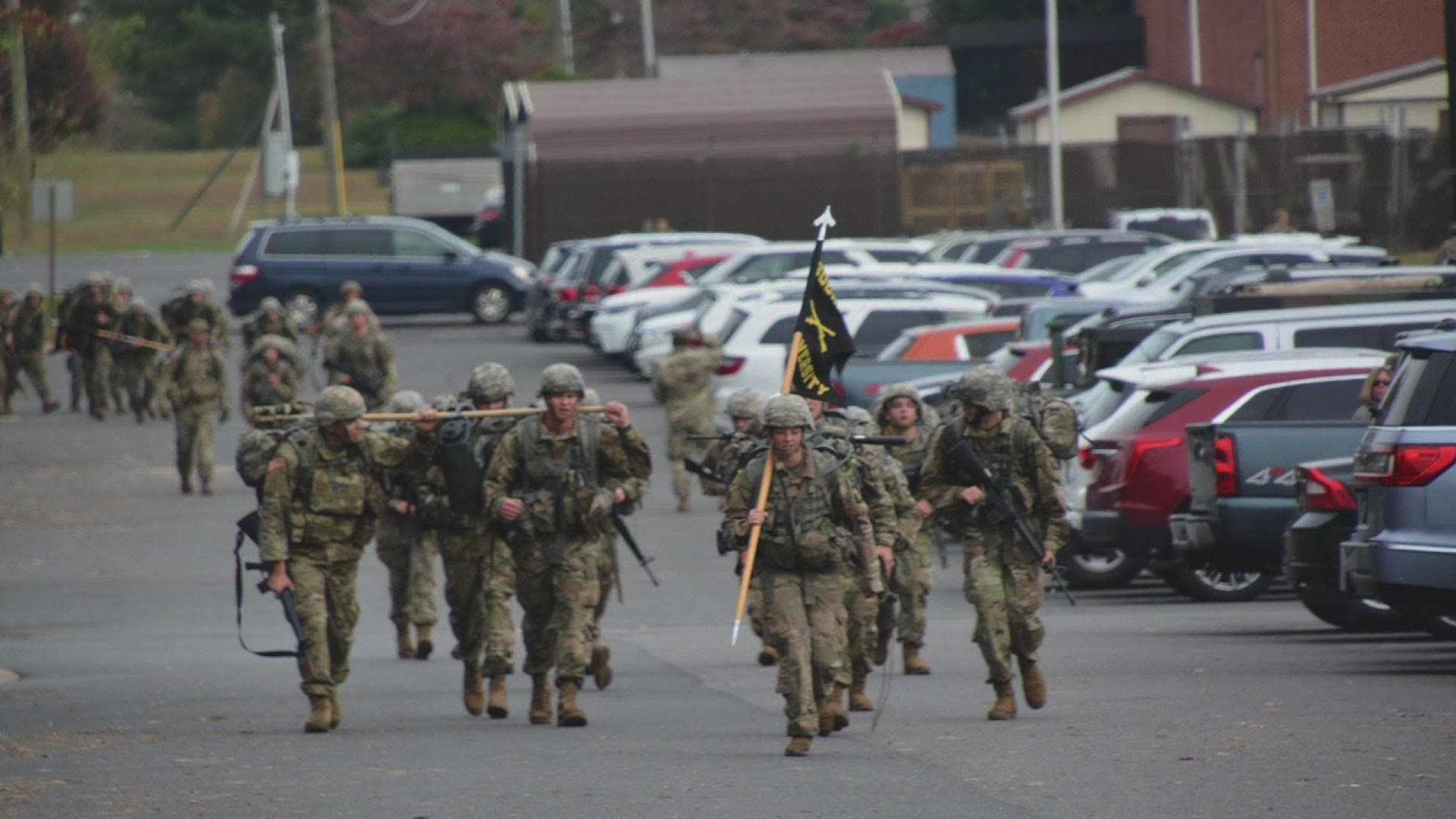 LEWISBURG, Pa. — Cadets from Bucknell University's Bison Battalion ROTC live by the Army's physical fitness standards.  Staying in shape and building endurance are key elements for soldiers to prepare their bodies for any situation.  Next month, these cadets will be put to the ultimate test at the Bataan Memorial March in New Mexico.

"This march is 26 miles, and we just have to practice going far distances, doing elevation, trying to get in these reps to be prepared for our race," said Cadet Ben Wilken, a junior ROTC member and Honesdale native.

"It is the high desert, so it's going to be cold when we start and then eventually warm during the day," said Bison Battalion team captain Jeremy Dericks.

The event in New Mexico honors the American and Filipino soldiers who served in the Philippines during World War II. In 1942, more than 60,000 of those troops were taken prisoner by the Japanese and forced to march more than 60 miles. Thousands did not survive the brutal journey, which became known as the Bataan Death March.

"It's really in remembrance of all the soldiers that died when they were marching in the Philippines in World War II.  It's a really cool event.  I think roughly 8,000 came out last year, so I'm really excited to be a part of it this year," continued Dericks.

Ten members of the Bison Battalion have registered for next month's march in New Mexico. The cadets will do the march with their rucks -- bags filled with 35 pounds of necessary equipment.  As they battle the elements, they remember those who suffered with no food or water.  This march memorializes those who fought but benefits those who struggle.

"It's also a food drive.  When we're rucking, they recommend that we have canned food in our bags, and at the end, we donate it all," said Dericks.

The team is using parts of campus to train for the march, but the climate here in Pennsylvania isn't close to what they can expect for New Mexico.

"We're not used to doing those kind of hills here, and the heat is going to be a big kicker.  We work out with a lot of weight and put a lot of layers on, and hopefully, it will acclimate us," continued Wilkens.

"We're all still so young in our military careers, so to be able to say that we did this when we were just starting out is really awesome, and we can say that for the rest of our lives."

Taking part in the march isn't a military requirement. The cadets are funding this all on their own.

"It's turning out to be a very expensive trip, but we've done well with the fundraising so far, and we're hoping to keep in going in the next couple weeks."