UPDATE: Arrests Made in Rock-Throwing Incident that Critically Injured Woman 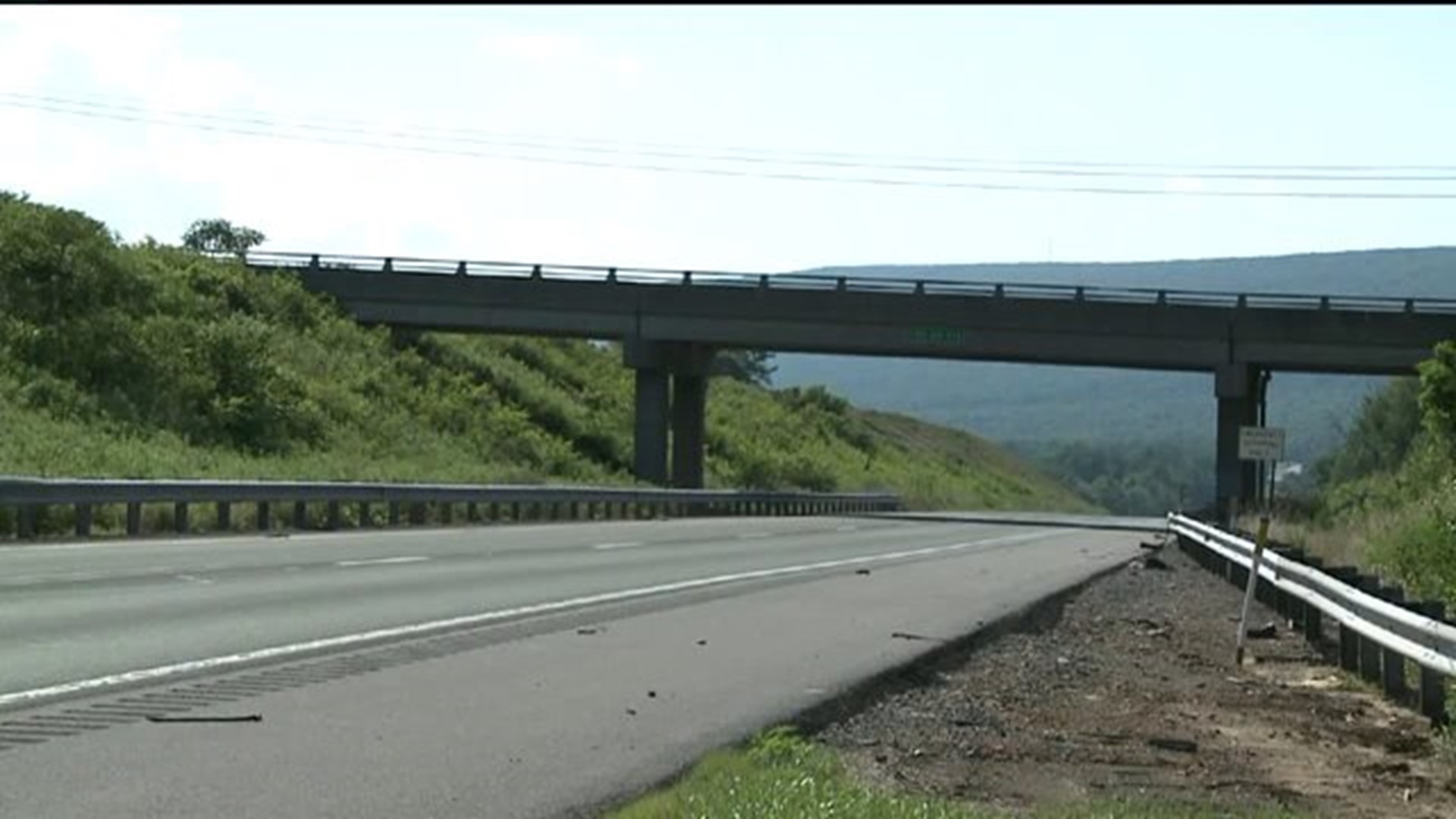 Newswatch 16's Dave Bohman talked to a family who lives near where the woman was hurt by a rock that was thrown through her windshield.

10-year-old Grady was staying up late.

He awakened about an hour later.

He learned about the crash after state troopers knocked on his door.

"That's the first time I've known of anyone getting seriously hurt," said Johnson.

He reminded them that kids tossed rocks at tractor trailers from the same bridge about seven years ago.

This time, something happened to an Ohio couple and their teenaged daughter. They were on their way to New York City, and were heading east on I-80 in Union County, when the mother was suddenly struck.

According to the police report, the woman was in the passenger seat, as the vehicle approached the bridge.  She obviously had no idea of the danger ahead.  And then, in the blink of an eye, someone tossed a rock down from the overpass.  It shattered the windshield and struck her, and left her with critical injuries.

A source identified the woman as Sharon Budd, 52, who is from a suburb of Akron, Ohio.

She is now fighting for her life at Geisinger Medical Center near Danville.

"I hope they catch the guy, or the kids.  Whoever did it," said Johnson.

Ron Johnson wonders if things will change after what happened at the I-80 overpass.

"I'd hate to see them put fences up and stuff along there to stop people from doing it.  But they may have to do that," said Johnson.

And Ron's grandson worries about the woman who was critically injured.

"I hope she gets better," said Grady. 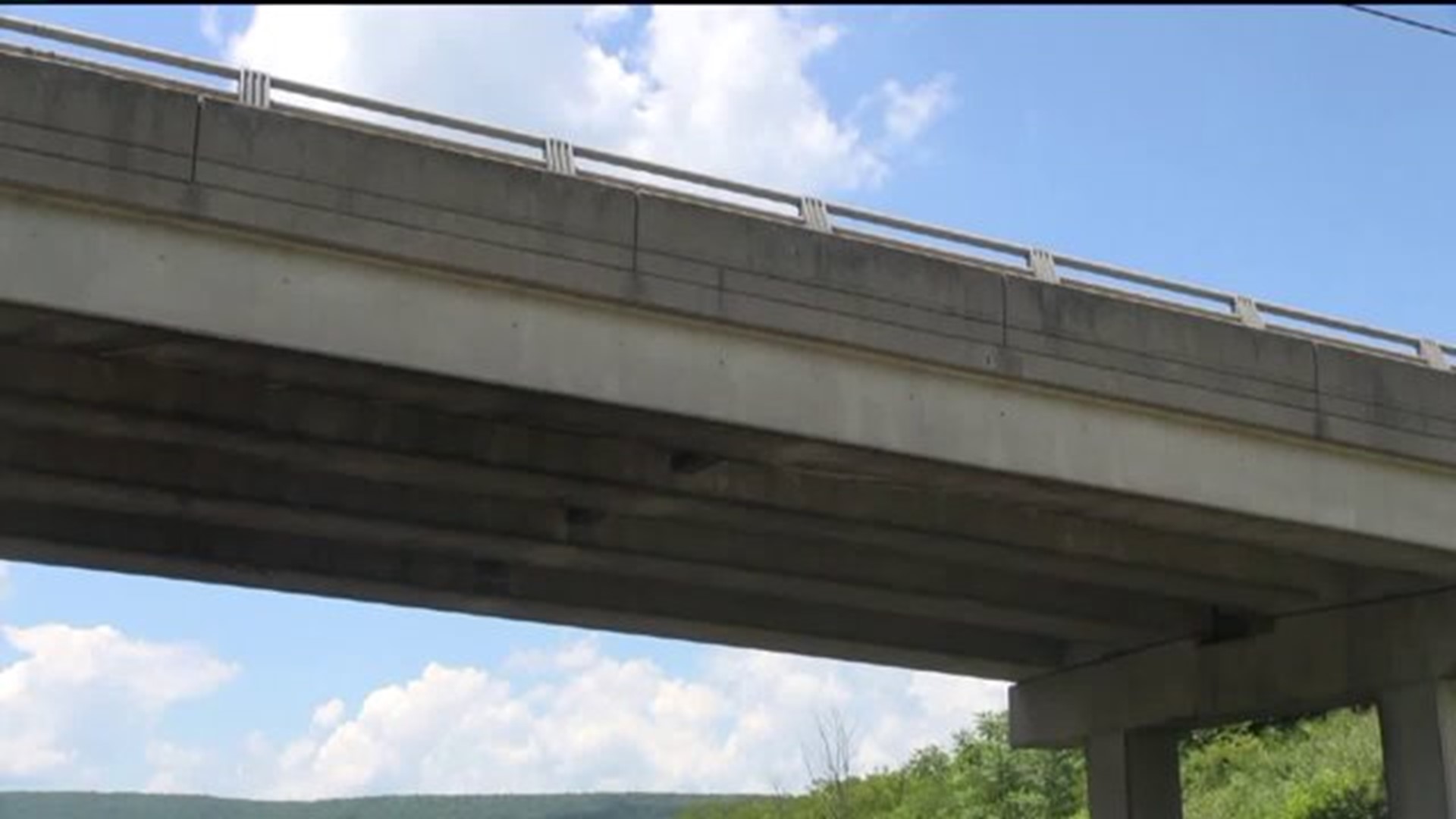 WHITE DEER TOWNSHIP -- After a frightening ride on the interstate, police are looking for whoever was throwing rocks at vehicles from an overpass, badly injuring at least one person.

Police said a woman was critically injured in Union County when a rock thrown from an Interstate 80 overpass came crashing through the windshield of a car.

State police said this happened on Interstate 80 near Milton and they said there was more than just one vehicle that got hit by someone throwing rocks from that overpass.

"I mean, that's just another thing. You have to think you never know what some people are going to do sometimes," said Jordan Bowersox of Limestoneville.

"Something falls off, that's one thing, but you know someone throwing it at you, that's just crazy," said Timothy Babb of Berwick.

Police said that's exactly what someone was doing around midnight on the overpass at mile marker 208 on Interstate 80 eastbound near Milton.

According to state police, the rock that was thrown from on top of the overpass went through the windshield of a car driving by, hitting a woman sitting in the front passenger seat.

That woman from Ohio is now in critical condition at Geisinger Medical Center near Danville. She was in the car with her family.

So far, there have been no arrests but whoever did this faces several charges including aggravated assault.

"Maybe it just a joke, 'Ha, ha, I'm going to throw a rock off here,' but you never know what can happen. It's really sad."