EAST BUFFALO TOWNSHIP, Pa. — Right now it looks like a large muddy pond outside Donald Eichhorn Middle School near Lewisburg but it is so much more. Crews... 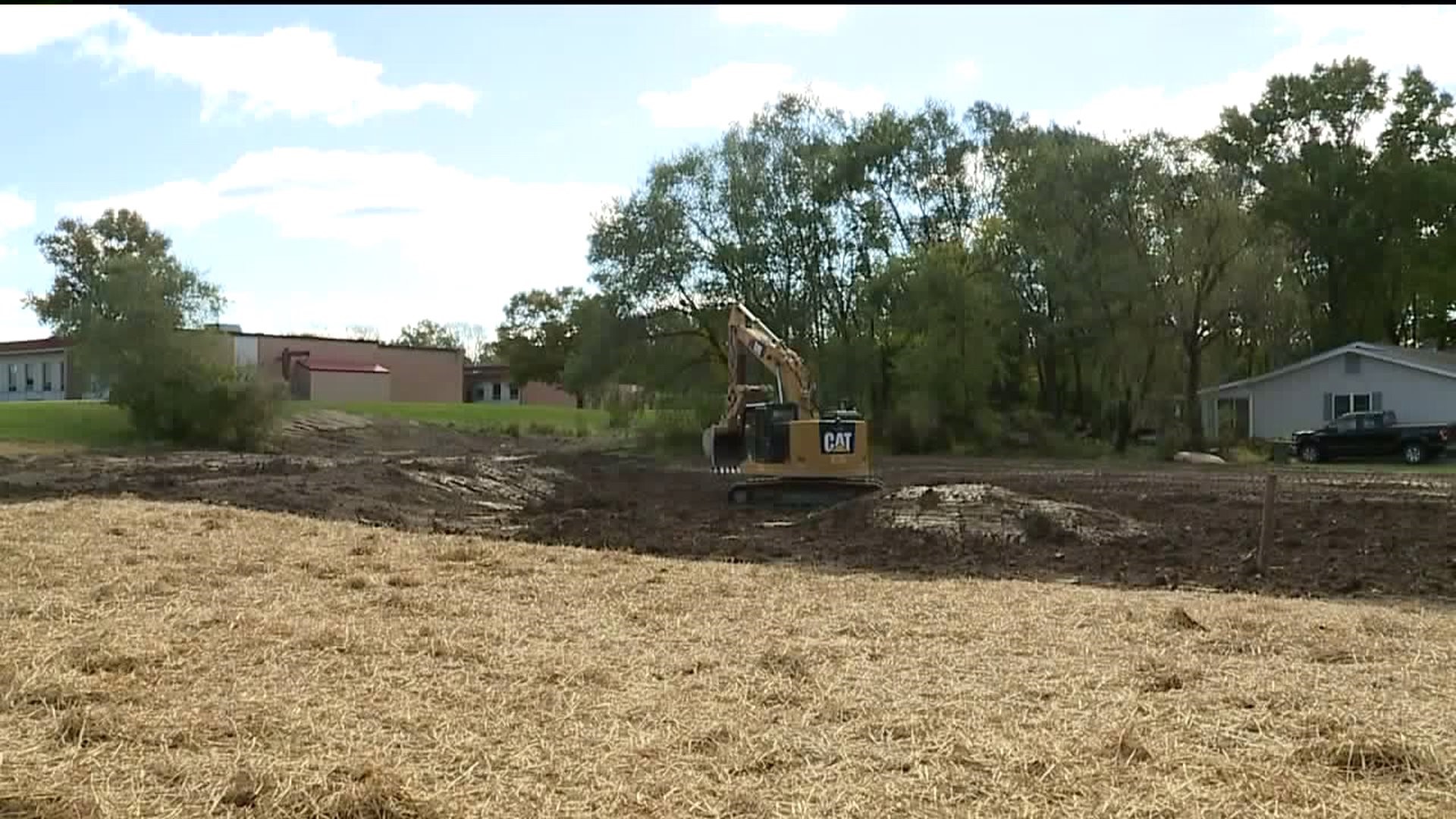 EAST BUFFALO TOWNSHIP, Pa. -- Right now it looks like a large muddy pond outside Donald Eichhorn Middle School near Lewisburg but it is so much more.

Crews excavated starting the process of turning it into a wetland.

The project aims to re-establish a native wetland habitat to filter stormwater runoff.

The U.S. Fish and Wildlife Service moved dirt to build the wetlands this week.

Lewisburg Area School District got nearly $18,000 in state grant money for the project.

"The whole idea is to provide that learning educational component for the youth here at the middle school," said Mark Roberts, U.S. Fish and Wildlife Service.

Some teachers are already working the wetlands into the curriculum, but a lot of the lessons will happen next year when the project is finished.

Seventh grade science teacher Brad Catherman proposed the project, not only to help the environment but to teach students.

"There are actually 15 standards that I teach that I can use this to teach those standards, four that are directly related to wetlands and the importance of wetlands," said Brad Catherman, 7th Grade Science Teacher.

"Study the bees and butterflies that would nest in the pollinators, observe the ducks, keep lists of the birds that will show up here. There`s a tremendous opportunity for observational biology learning," said Roberts.

The wetland will allow water to absorb naturally back into the ground.

"The majority of the rainfall that we have here, the stormwater runoff coming off the property will be retained by the wetlands," said Catherman

The next phase of the project is scheduled for Spring when students will plant the wetlands as part of science class.