MIFFLINBURG, Pa. — There was a big turnout in Union County to support people with cystic fibrosis on Saturday, and people got to see firsthand what the mo... 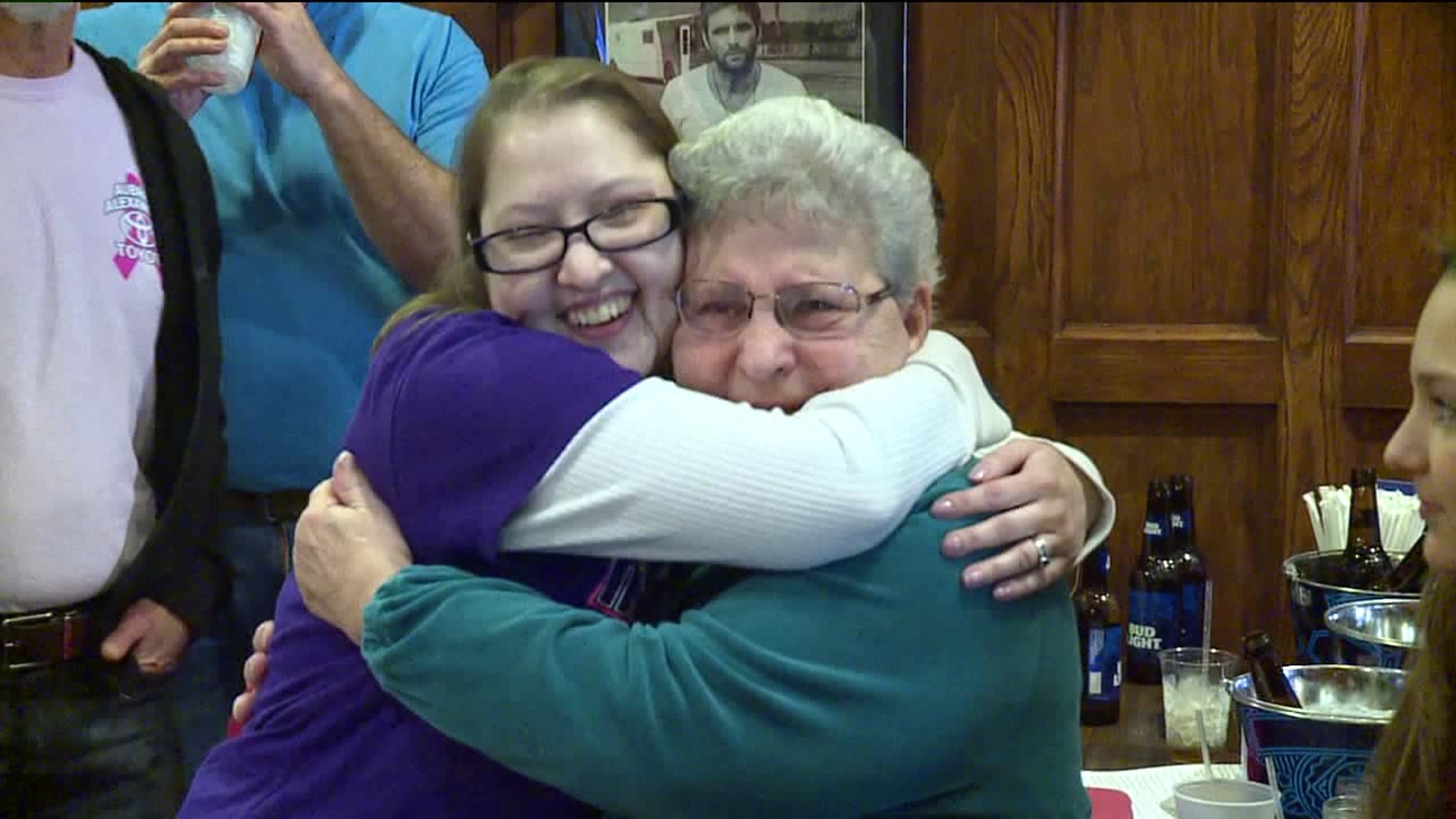 MIFFLINBURG, Pa. -- There was a big turnout in Union County to support people with cystic fibrosis on Saturday, and people got to see firsthand what the money they donated will do.

It was standing room only inside the Scarlet D Tavern in Mifflinburg as the auctioneer worked his magic on the crowd.

People could bid on items and have some chili. It was all to raise money for PACFI, or Pennsylvania Cystic Fibrosis, Inc. It's an organization that helps people with the disorder pay for medical bills and transportation costs.

"Every year it's a great turnout, great fundraiser, great community, great people, just here to have a great time and support a good cause," said Mandy Eisenhauer of Selinsgrove.

People bidding on items got to see firsthand their money hard at work.

Logan Roush tuned into the event via Skype to talk with attendees. Roush has cystic fibrosis, and this organization has helped him quite a bit. Earlier this month, he received a double lung transplant at Duke Medical Center and wanted to update his supporters on his progress.

"It sounds like I had a great donor match. The doctor, the surgeon, he felt we probably couldn't have had a better match," Roush explained.

"He's doing really good. He has an amazing outlook, and after he's through with his rehab and everything, hopefully he'll get to come home in a couple months," said Betty Hollenbach, Roush's grandmother.

Roush shares photos to his Facebook page where he keeps his supporters in the loop. He's sad to miss this annual event but is very thankful for the help.

"It's just extremely humbling and amazing to know that they come out every year."

Back in 2016, Mandy Eisenhaur went through the same thing Roush is going through now. Eisenhaur says speaking with Roush on Skype brings back memories from her surgery and reminds her how grateful she is for supporters like these.

"Miracles happen every day. People don't realize how amazing it is when you can't breathe to get a lung transplant. It turns our world totally different," said Eisenhaur.

In all, the chili cookoff and auction was able to raise more than $20,000 for the cause.