There are more than 3,000 bins filled with pumpkins for sale. 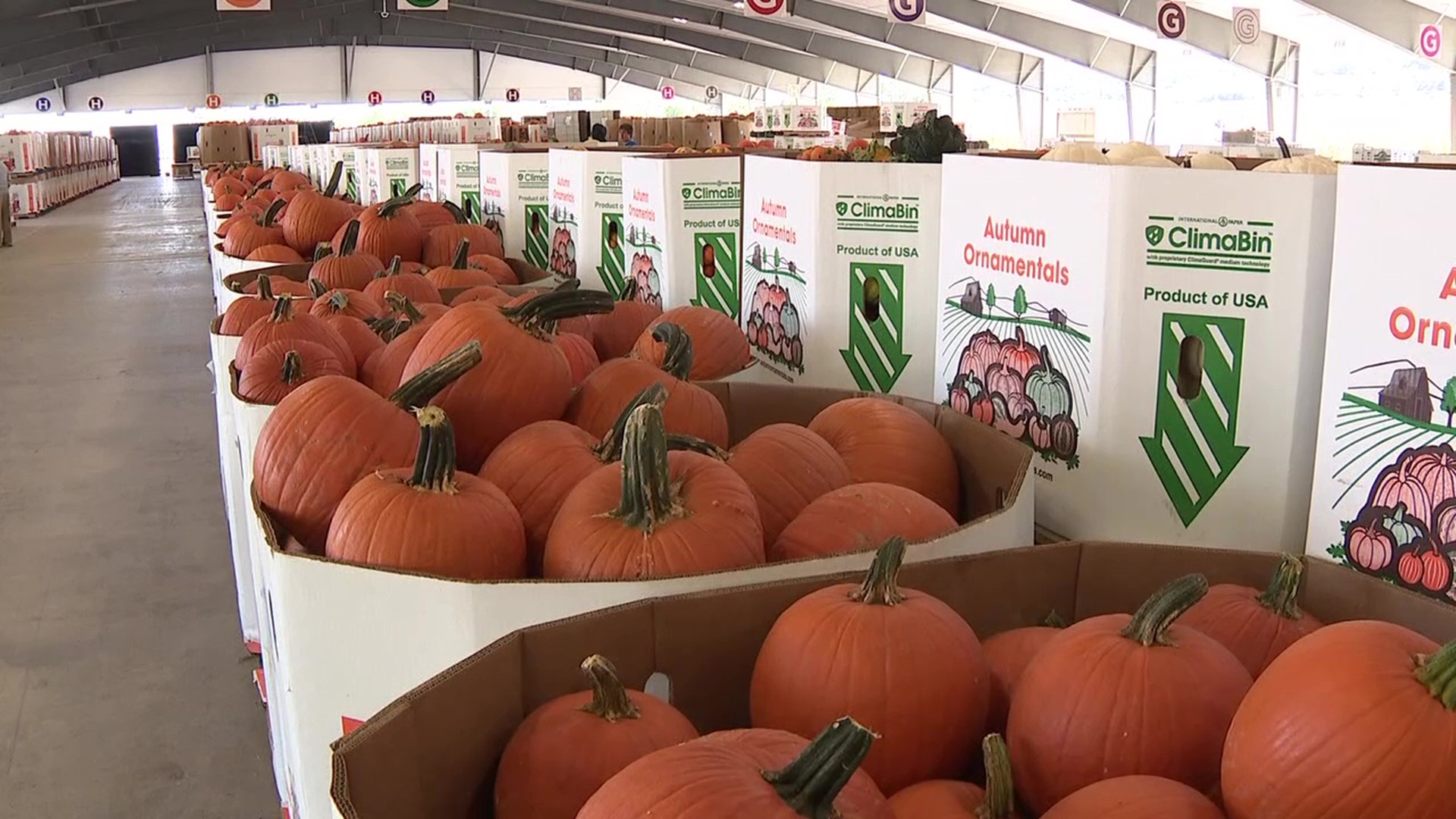 MIFFLINBURG, Pa. — There are pumpkins as far as the eye can see at the Buffalo Valley Produce Auction near Mifflinburg.

"We do produce all year long, and as produce starts to slow down, pumpkins pick up around the first week of September every year," Mark Kurtz said.

Buyers are bidding on bins of pumpkins, gourds, succulents, and more.

Kenny Cook of Drums knows exactly what he's looking for.

"Ones that are deep orange that people can carve out for jack-o-lanterns, or just set on their porches, smaller ones like that," Cook said.

Cook usually grows his own pumpkins but didn't this year. He will sell these at his farm.

"I think it's a little bit cheaper to buy them here than to grow your own, especially with the weather the way it is because you never know how they're going to turn out. But they're really nice here this year," Cook said.

There are more than 3,000 bins, and they are all filled with pumpkins. To put that into perspective, this happens twice a week for six weeks.

The pumpkin auctions draw people from all over the east coast. Officials here say this year's supply is good.

"For us, it's been higher than ever. More and more local guys growing, guys who just put out a little last year planted a couple of acres this year, so we have more and more volume," Kurtz said.