A federal correctional officer is recovering from a brutal attack by an inmate while on the job in December. 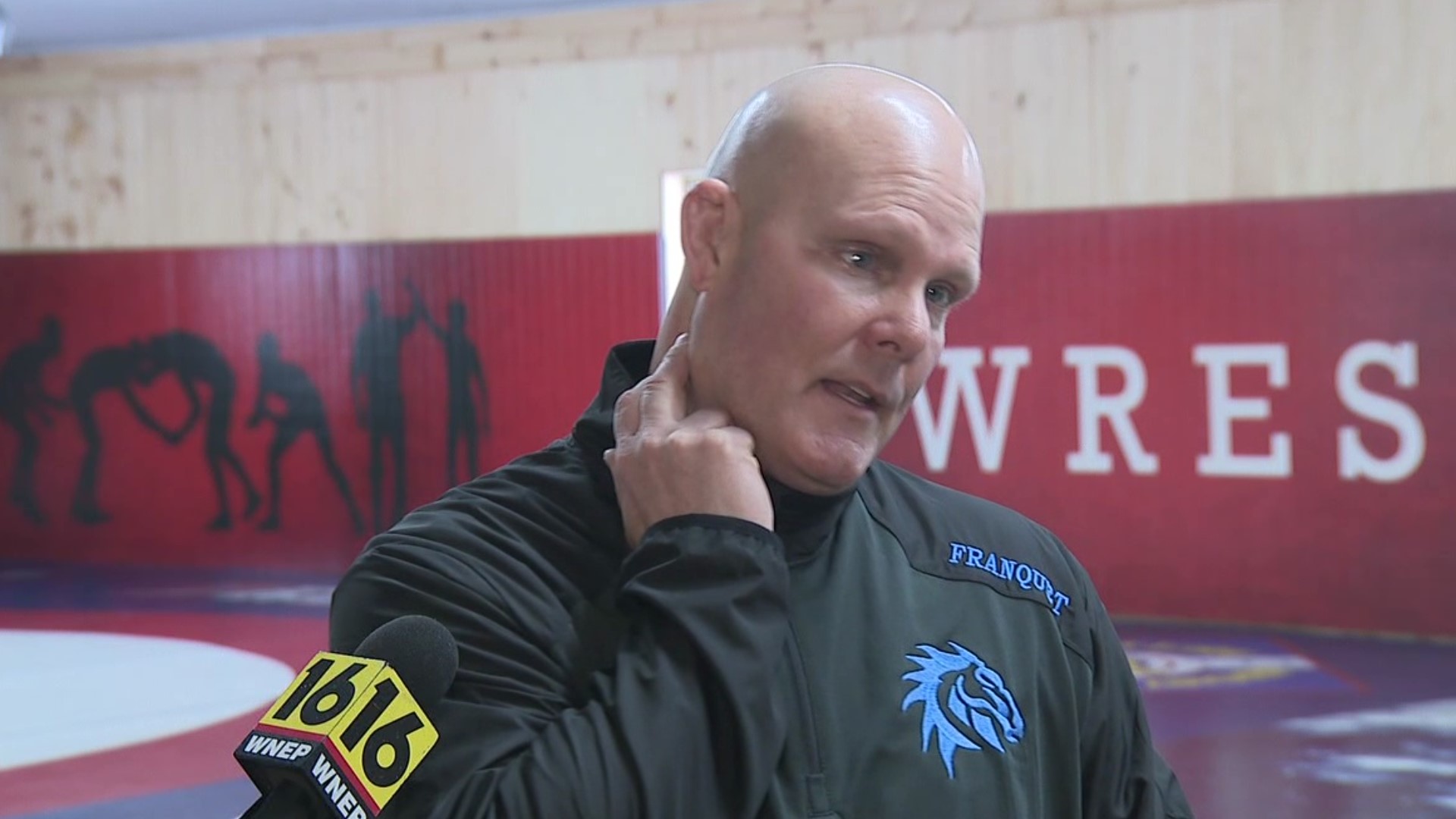 MIDDLEBURG, Pa. — Dale Franquet has coached Midd-West High School's wrestling team for nearly 30 years. Wrestling is his passion, and he also says it is what saved his life. Franquet was on duty at his longtime job as a correctional officer at USP Allenwood when he was attacked by an inmate on December 7.

"All I heard was 'Allahu akbar,' and he came down with the knife and hit me in the jugular vein," Franquet said.

Franquet fought off the inmate but lost his grip. The inmate stabbed him through his right eye.

"I walked in the trauma room, and he was laying there, and I saw him, and I knew it wasn't OK," Angela Franquet said.

It's been a long two-and-a-half months for the Franquet family. Dale lost his eye and has been in and out of the hospital.

"I'm battling blood clots right now in my lung. I've got my prosthetic eye, and I'm getting better day by day."

Something that's helping Franquet improve mentally is Twisted Steel Training Center, which he calls his lifelong dream. The facility is a place for kids to train for wrestling and other sports. It was supposed to open in mid-December. After Franquet was attacked, he was worried it never would, but the community stepped in to help.

"A bunch of family and friends and a lot of people from my work areas, Lewisburg, and USP Allenwood came down and helped finish up the turf area while I was in the hospital."

"It's awesome to walk in and see all the people enjoying the facility as much as we do as a family. It's pretty cool," Maesyn Franquet said.

"It kind of gets emotional watching them because they were worried about me, and the first time I could go back in the corner with them, just sitting there, it inspired them," Dale said.

Dale has been able to coach wrestling again, but he's not sure if he will be able to return to his job as a corrections officer. The family says the outpouring of support has been incredible.

"People we know, people we don't even know. Cards and people sending us donations and gift cards," Angela said.

There is a spaghetti dinner fundraiser for the Franquet family next Saturday at the New Berlin Fire Company's Social Hall.  For more information on Dale and how you can help his cause, click here.