BUFFALO TOWNSHIP, Pa. — It may have been cold and rainy at Buffalo Valley Produce Auction near Mifflinburg, but that didn’t dampen the excitement fo... 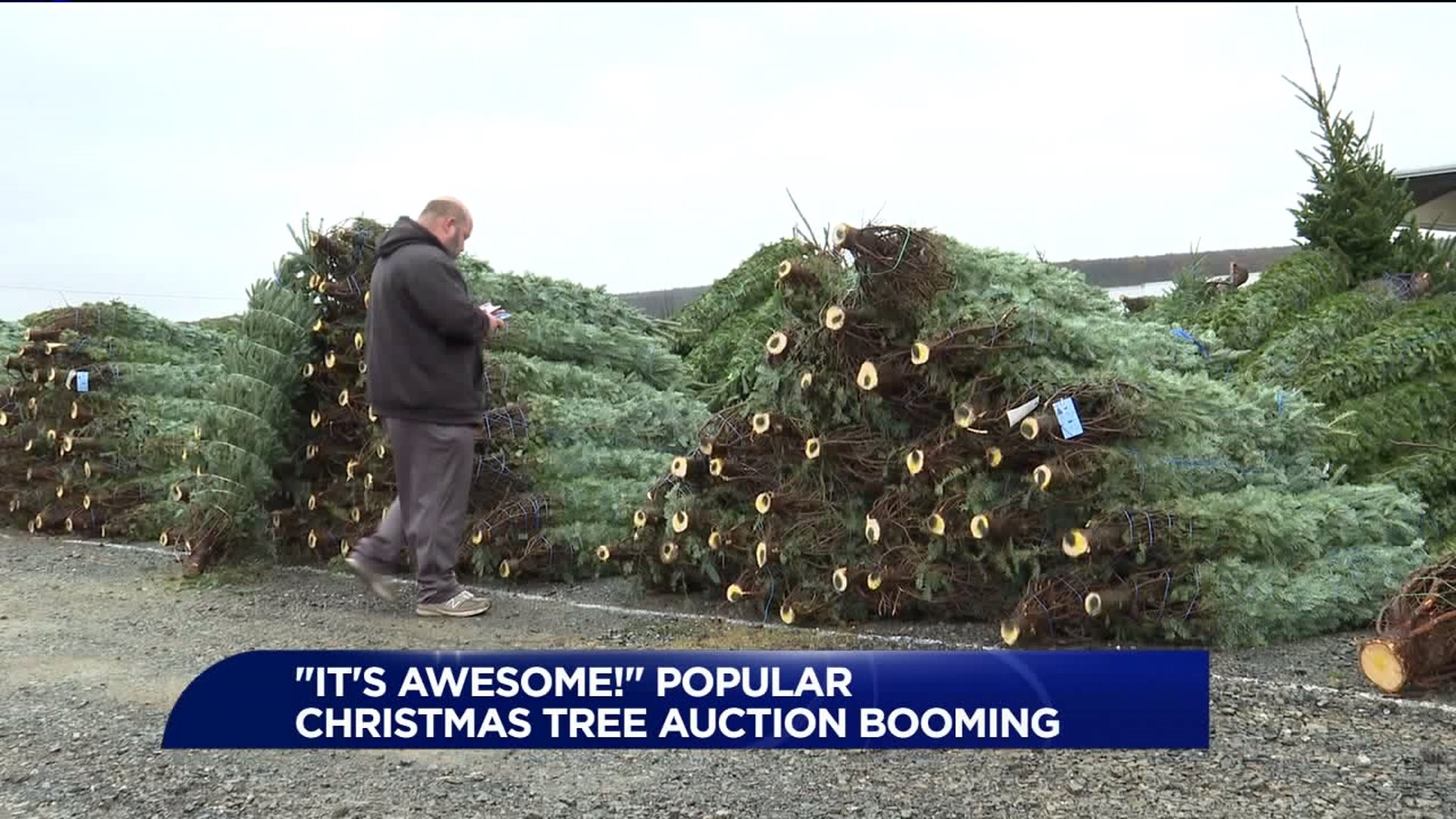 BUFFALO TOWNSHIP, Pa. -- It may have been cold and rainy at Buffalo Valley Produce Auction near Mifflinburg, but that didn't dampen the excitement for what organizers call the biggest Christmas tree auction in the world.

"It's a wholesale auction which represents hundreds of sellers, individual farmers who bring their items here. They're sold wholesale to buyers all over the eastern coast," operations manager Ben Courtney explained.

Tens of thousands of wreaths were also auctioned off. That served as the prelude to the main event, which is the Christmas tree auction. Around 47,000 trees will be auctioned off.

"I've been coming for 25 years. It's a good opportunity to get multiple varieties and different kinds and everybody's hunting for a bargain," Ed Gavalla said.

Buyers flock to this part of Union County every year from up and down the east coast. It's considered a prime spot to get a bang for your buck and find everything from Frasier and Douglas firs, to blue spruces, and more.

"It's crazy. It's awesome. I can't believe all the people and the money spent too, to be honest with you. Trees don't really go for a lot, but they're hard to come by this year," Greg Andrews added.