Peace Rally in Lewisburg in Response to Violence in Virginia

LEWISBURG — Saturday’s violence in Virginia sparked an outcry from people in Union County who say enough is enough. They held a rally in downtown Le... 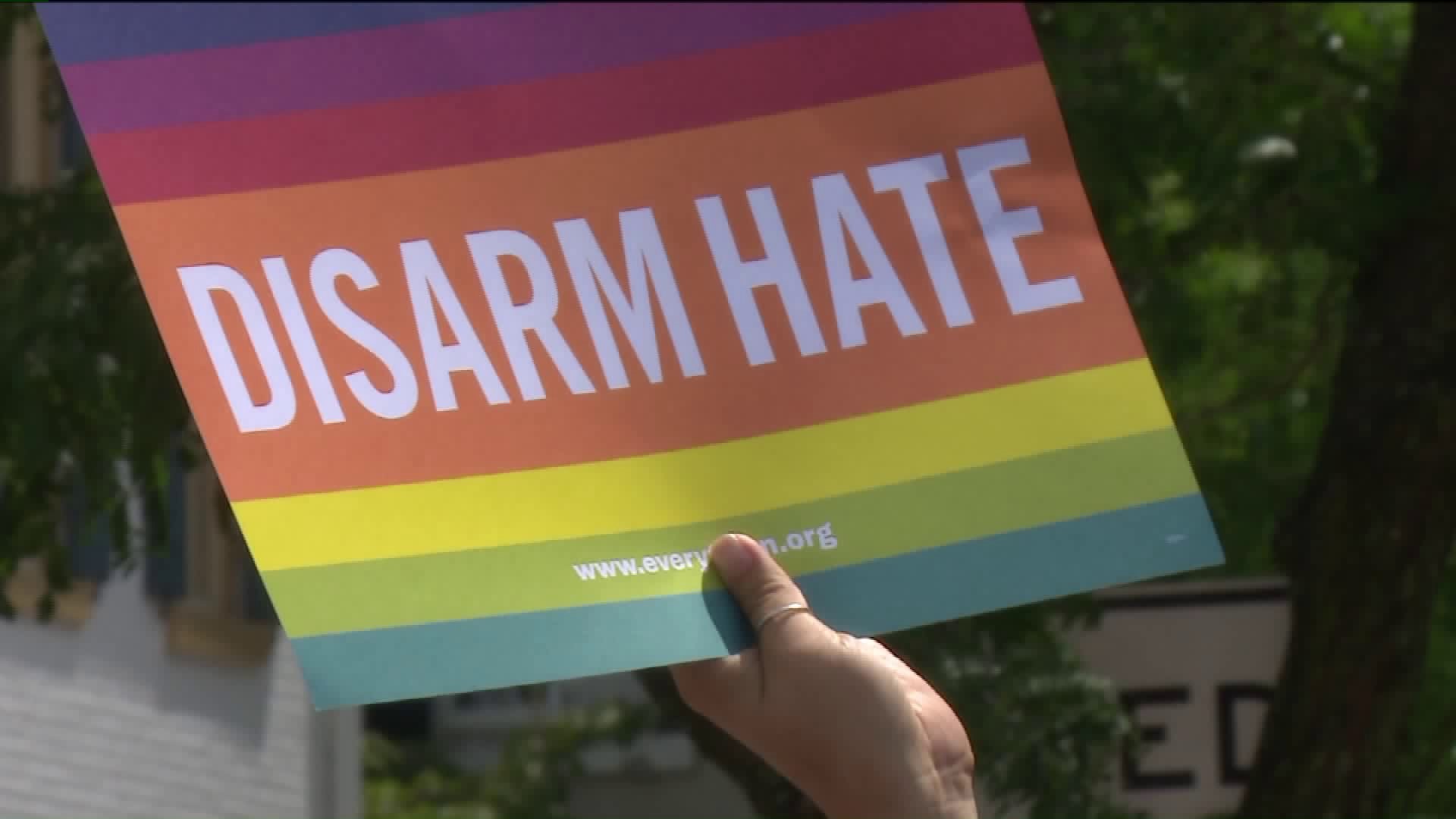 LEWISBURG -- Saturday's violence in Virginia sparked an outcry from people in Union County who say enough is enough. They held a rally in downtown Lewisburg Sunday.

Organizers held the peace rally to stand in solidarity with the counter-protestors in Virginia.

Those who came out in Lewisburg also wanted to honor the woman who died and others who were injured in the violence.

More than 100 people stood firm in front of the steps of the post office in Lewisburg.

The peace rally on Market Street was in direct response to the violence this weekend in Virginia, sparked by a white supremacist rally.

"I was scared. I started to tear up. This was so sad. This is not right," Stowell-Hardcastle said.

People came armed--not with weapons, but with words. Signs that read "Black Lives Matter" and "No Hate."

Dwayne Heisler of Catawissa held a sign honoring the victim killed during the protests in Virginia. Her last Facebook post read: "If you're not outraged, you're not paying attention."

"I don't know what it is going to take for people to realize what hate is, what hate is in this country and what being an American is because this woman lost her life doing this," Heisler said.

This rally in Lewisburg was peaceful from beginning to end--unlike the horrific scene that played out in another college town on Saturday, a dark day for the country prompting others to shine a light together in hopes of overcoming hate.

"I felt like it was important to be part of this and to be out here with people with a lot of people, a lot of great people who say no to hate, just no that this is not something we are going to let overtake our country," said Raymond Cummings of Lewisburg.

Two more rallies for peace were held Sunday evening in Scranton and Wilkes-Barre.