Cherry Alley in Lewisburg is looking a little more colorful these days. 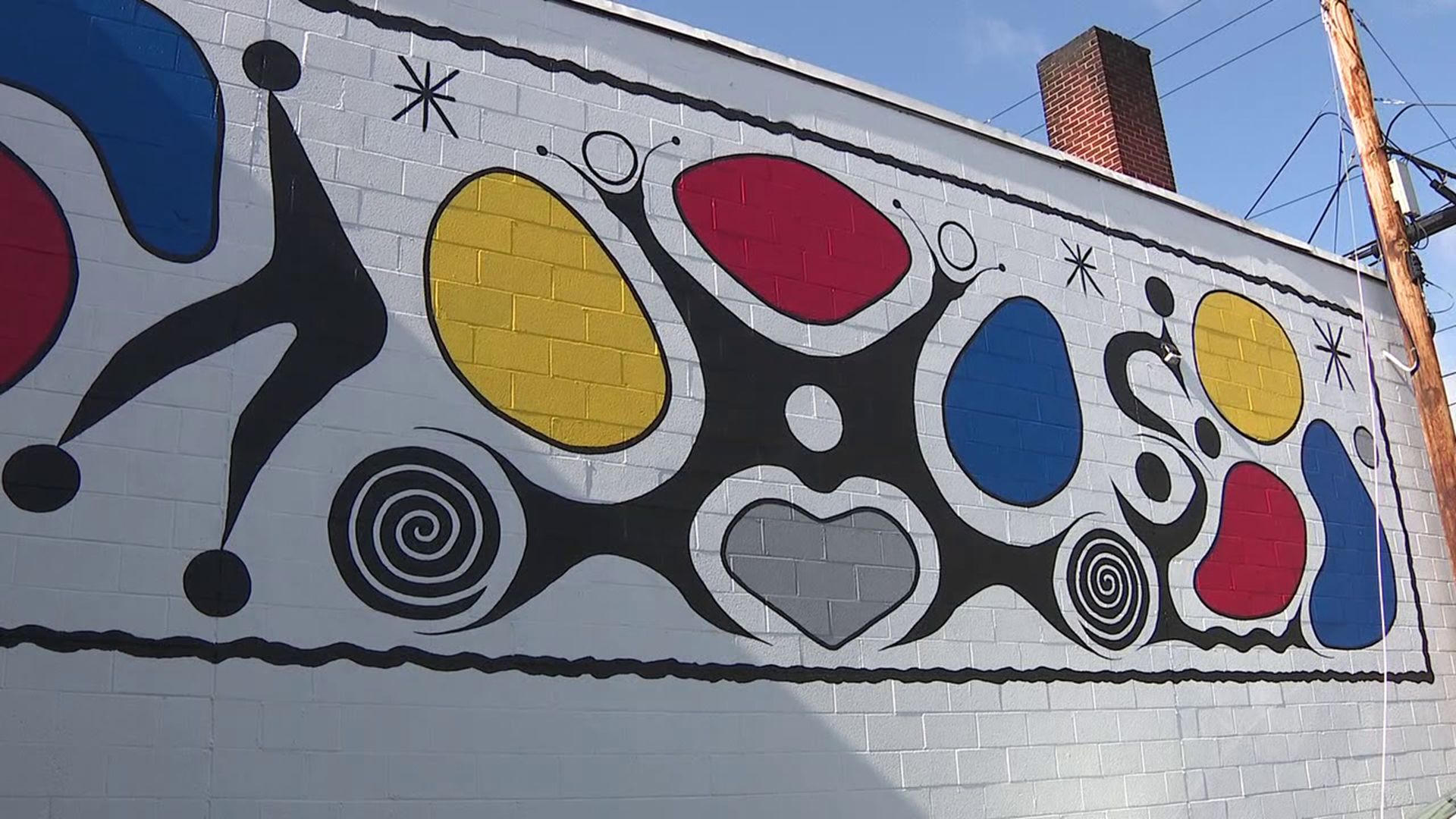 A mural was recently painted by Lewisburg artist Jim Reid.

Bob Albin owns a bed and breakfast in the community and has wanted to put a mural there for years.

"So I approached Jim about the mural. He jumped all over it, and he got it done in about six weeks' time," said Bob Albin, Lewisburg.

After seeing the finished product, Bob wants to turn Cherry Alley into 'Modern Art Alley' and do more murals.

"We have since approached other owners along the alley, and they are gung ho about it.  There's a wall down here we want to start next week," said Albin.

Albin and Reid are planning to paint another mural across from Gram's Eatery.

Albin paid for the first mural himself and started a Gofundme page to raise money for the second one.

"I am donating my time to it. However, Jim, who primarily makes his living as an artist, needs a little compensation, and we need money for materials," said Albin.

Rick Thomas owns the nearby restaurant Pizza Phi.  He is excited about the murals.

"It makes everything a lot prettier. This one was finished this summer, and it's beautiful. I've seen people stop to take photo opportunities with it," said Thomas.

Albin says the goal is to have several murals along Cherry Alley.