EAST BUFFALO TOWNSHIP, Pa. — Kay Trick of New Berlin relaxes at the Public Library for Union County after returning from a trip to France less than 24 hou... 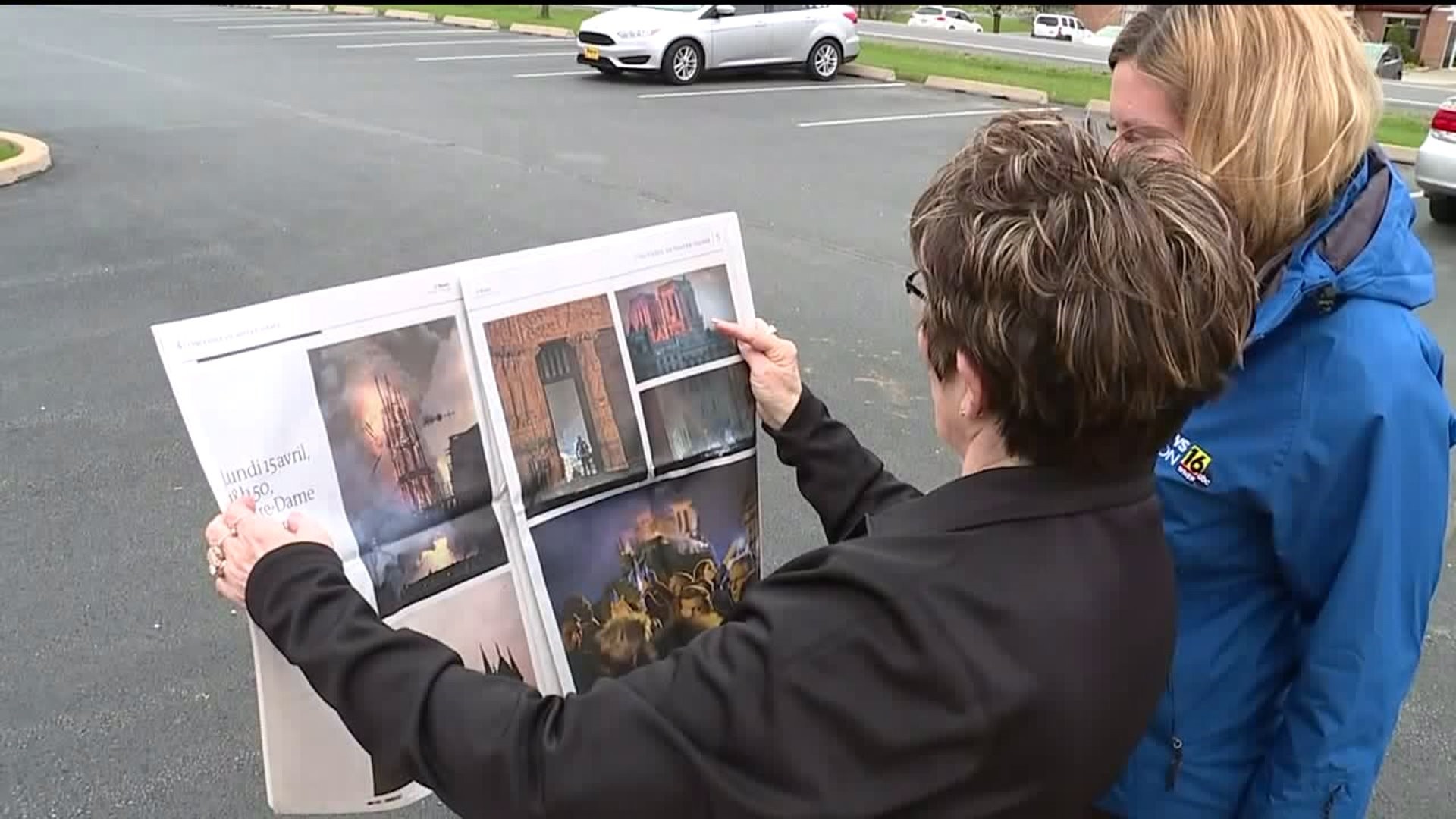 EAST BUFFALO TOWNSHIP, Pa. -- Kay Trick of New Berlin relaxes at the Public Library for Union County after returning from a trip to France less than 24 hours ago. She was with a group of four people from Pennsylvania visiting Normandy for a Boy Scouts of America conference. The group arrived in France a few days early and had some time to explore.

"First thing that we did was we went to Notre Dame," Trick said.

Kay's group took a tour of the cathedral, spending several hours there last Thursday. They then spent some time in Normandy before returning to Paris. The four stayed at a hotel three blocks away from the Notre Dame Cathedral. On Monday they ate dinner outside their hotel and looked up to the sky.

"It was just tones of yellow, plumes of smoke that we could see. What it turned out to be, he immediately said, 'that's a fire,'" Trick said.

Minutes later Kay realized it was the Notre Dame Cathedral that was on fire. She walked three blocks and took video.

"Sure enough the back part of the dome was engulfed," Trick said.

Kay describes a yellow sky and a strong smell of incense.

"We actually could hear the thump, but we didn't know what it was until we got back up to the fire scene. It was actually the cathedral's wooden spire that had fallen," Trick said.

Kay tells Newswatch 16 what hit her the hardest was that this happened during Holy Week. The cathedral is a place where a lot of people worship.

"That's their home church. All the people who live around that area who are Catholic go to Notre Dame Cathedral," Trick said.

As millions of people watched the fire on television, Kay was just a few feet away. She was one of the last people who will ever get to see it in its original condition.

"We were watching it live and it's like this can't be real. It was these rushes of chills up and down my arms," Trick said.

Kay says knowing the Notre Dame Cathedral will be rebuilt is reassuring.