Freshman arrived on campus, but it was a different experience because of COVID-19. 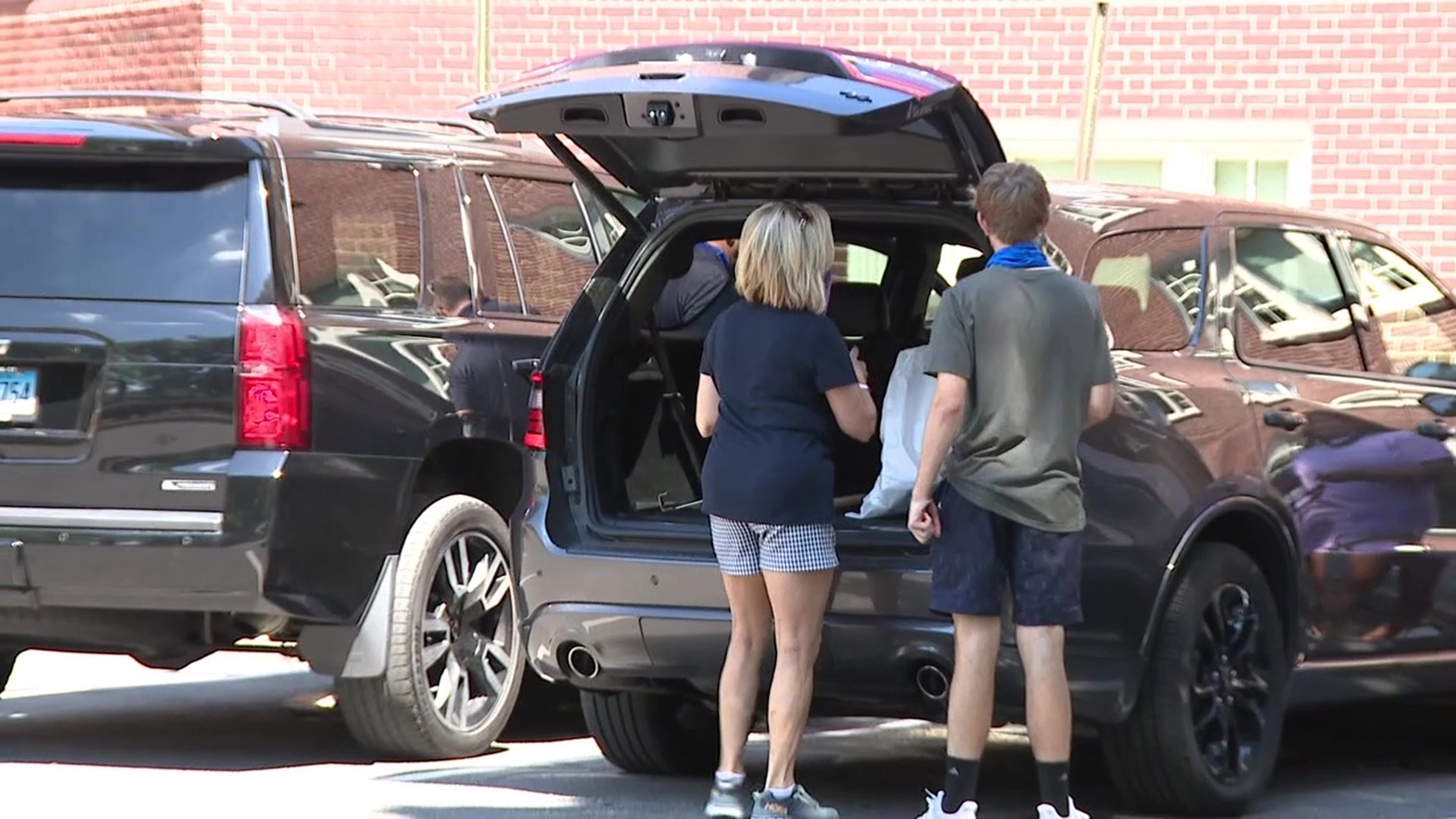 LEWISBURG, Pa. — It's a big day for incoming freshman at Bucknell University in Lewisburg. Students are moving into their dorm rooms.

"So exciting. I'm so excited to be here," Anna Hedengren said.

Ferguson is an incoming freshman from Boston. His older brother is a senior at Bucknell. Ben's family says the moving-in experience is a lot different this time.

"The orientation advisors can't interact the way that they did when we moved our now senior in, in terms of lifting things up. But they're here to lift up everybody's spirit," Brian Ferguson said.

"Everything was so organized. We had a move-in slot. We got everything done in an hour and a half. It was way more smoothly than I had anticipated, which was really nice," Anna Hedengren said.

Anna Hedengren and her family are from New York City.

"This felt a little lonely because we got here at 7 a.m., but I was just saying before that it made me reassured that they were following these protocols, and they were very strict with the testing," Meghan Hedengren said.

Bucknell University will be testing students for COVID-19 throughout the semester, starting on Tuesday."

It's great. It gives you a nice sense of comfort, a sense of security," Brian Ferguson said.

Union County's case numbers have gone up significantly over the last two weeks, but officials at Bucknell say they are prepared. Students need two negative COVID-19 tests before moving to campus. They must wear masks while indoors and must social distance.

"I think that's pretty helpful, especially in today's time. But it's going to take away from social activities that we'll miss out on," Ben Ferguson said.

More than 3,000 Bucknell University students are returning to Lewisburg for in-person classes, while around 300 students will take classes online.