HARRISBURG, Pa. — In front of a large crowd at the State Capitol in Harrisburg, two state lawmakers introduced legislation that would restrict abortion in... 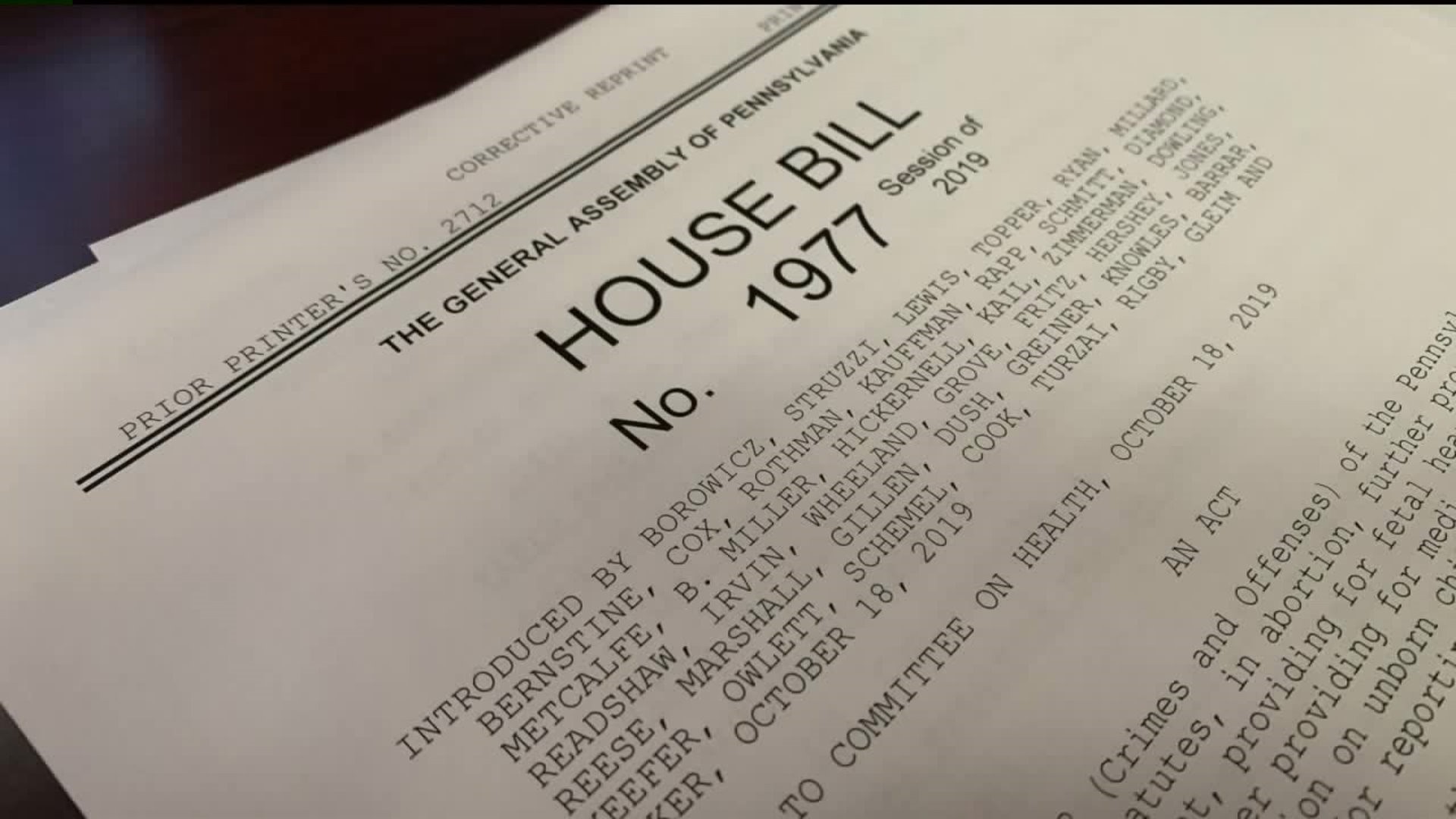 HARRISBURG, Pa. -- In front of a large crowd at the State Capitol in Harrisburg, two state lawmakers introduced legislation that would restrict abortion in Pennsylvania. Senate Bill 912 and House Bill 1977 are known as the "heartbeat bills." The bills would prohibit abortion after six weeks once a fetal heartbeat is detected.

Newswatch 16 spoke with people in the Lewisburg area about the proposed legislation.

"No, that law should not be passed, in my opinion," said Ana Holzberger.

"Any kind of heartbeat, it's a person, but I think it starts very early. I really am against abortion," Ruth Yoder said.

Megan Sherman of Milton disagrees with the heartbeat bills because many women don't know they are pregnant within six weeks.

"I think that women's rights need to stay and I think that if they were going to make that a rule, they should extend the time out at least because it's just not enough time," Sherman said.

"It's exclusively, or should be exclusively, a woman's choice. She is the boss of her own body and nobody else should be able to tell her what to do," Holzberger added.

Ten other states have similar legislation. Some people we spoke with think the heartbeat bills are long overdue, even though they often end up being challenged in court

"I think it has a good chance of passing because I know a lot of people feel the same way I do," one person said.

Under current Pennsylvania law, abortions are permitted up to 24 weeks into a pregnancy.

"I can understand abortion for medical reasons, other than that, no I do not approve of it."

Governor Tom Wolf said if the heartbeat bill comes to his desk, he will veto it.

Correction: Pennsylvania will NOT be the next state to ban abortion because I will VETO this bill. #StopTheBans https://t.co/xhXcGUSHV2