MIFFLINBURG, Pa. — A group of people surrounded Mifflinburg Mayor David Cooney as he tapped the first keg of Oktoberfest. The event at the Mifflinburg VFW... 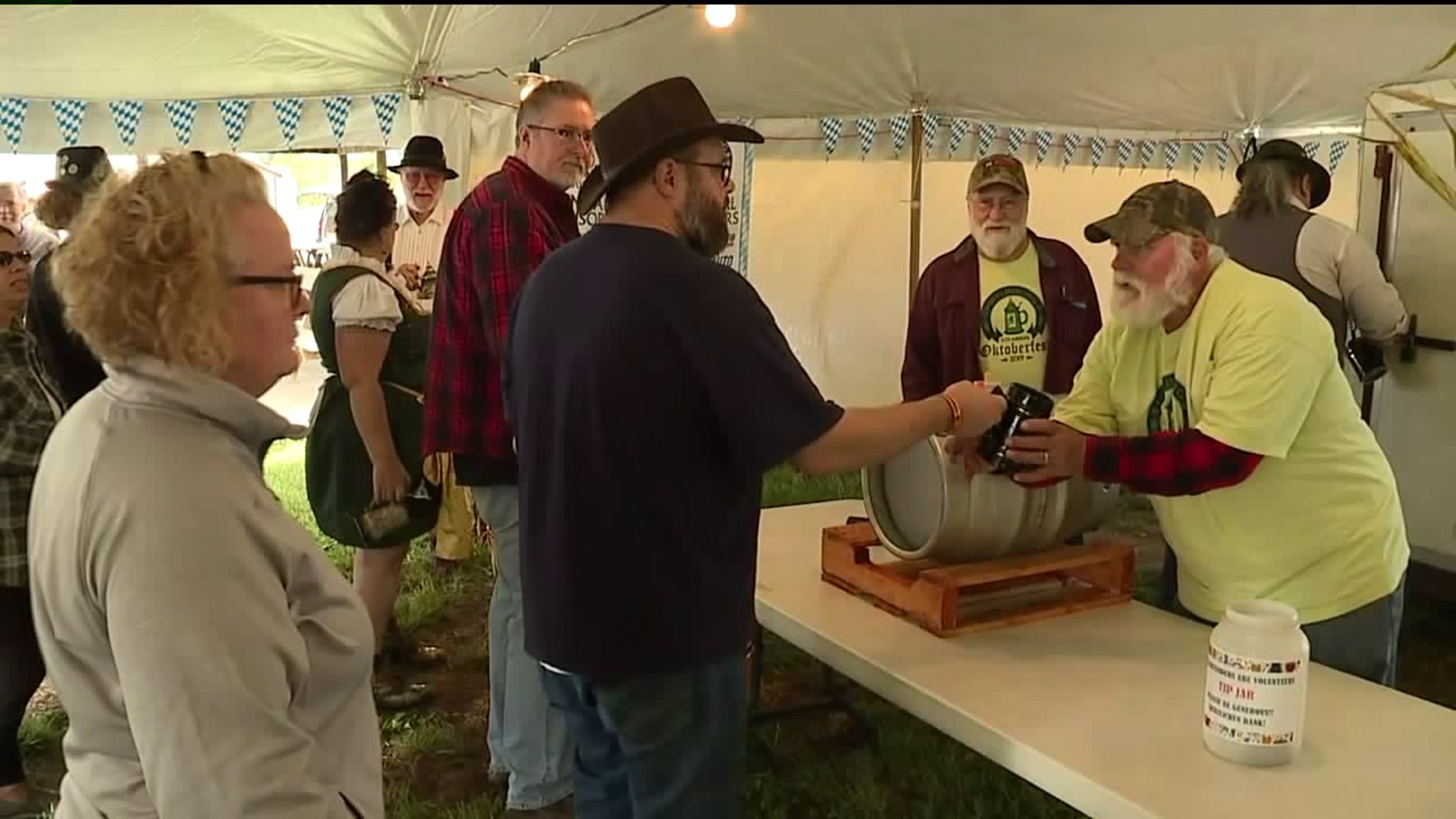 MIFFLINBURG, Pa. -- A group of people surrounded Mifflinburg Mayor David Cooney as he tapped the first keg of Oktoberfest. The event at the Mifflinburg VFW is celebrating its 15th year of German food, beer, dancing and fun.

"We don't count people, but we figure we get between probably 2,000 to 3,000 in two days, depending on weather mostly," Larry Mitchell said.

These folks didn't have to fly to Munich to enjoy Oktoberfest beer. The beer was brought here.

"We have almost all of the Munich beers, just like you would have if you sat down in Munich in one of the tents and had a beer," Mitchell said.

"We have a camp in the Mifflinburg area, so we just come by to enjoy a drink," Tammy Vonada said.

"Trying the different German foods, we are both of German heritage, German ancestors, and he wants to try the beer," Marilyn Tressler said.

There is live music all weekend. There is also a corn hole tournament, as well as the traditional keg toss and mug lift competitions.

"It's just a nice little Oktoberfest, the music and beer is good. You can't go wrong," Bill Sheets said.

"We came up last year, just kind of on a whim, really had a great time. We're actually staying up here for the weekend and making a little trip out of it," Sheets said.

Oktoberfest runs through Saturday night at 11 p.m. in Mifflinburg.