LEWISBURG — The buzz around Lewisburg on Monday was the weekend sighting of Oscar-winning actress Meryl Streep. Elizabeth’s Bistro is a fine-dining ... 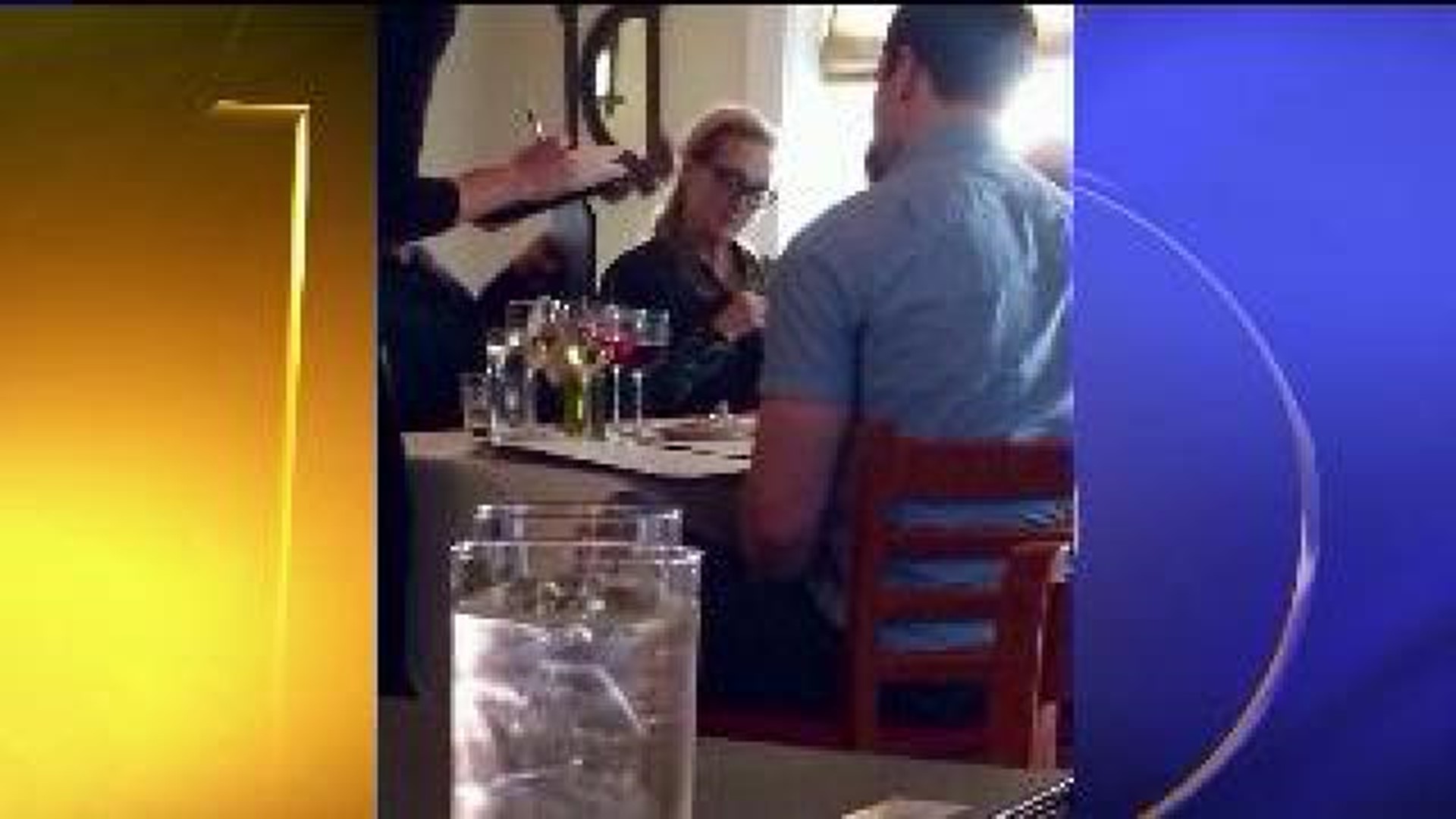 LEWISBURG -- The buzz around Lewisburg on Monday was the weekend sighting of Oscar-winning actress Meryl Streep.

Elizabeth's Bistro is a fine-dining restaurant in downtown Lewisburg. The popular restaurant sees its fair share of customers, but on Saturday night, co-owner Doctor John Furia says a special guest came for dinner...unexpectedly.

Meryl Streep is one of the most accomplished actresses of our time. In fact, she has the most Academy Award nominations of any male or female in history.

Furia says Streep drank white wine, "Cakebread Sauvignon Blanc", in fact. He calls her normal, just like any other patron.

"It was a bit of a surprise, you could say the least. She was exceptionally nice, she was well spoken and I think they enjoyed dinner," Furia said.

After Meryl Streep left Elizabeth's, we're told she went to the Towne Tavern for drinks with family and friends. People who saw her here say they were in awe.

"And I did a look, a double look and a triple look and said 'That is Meryl Streep in Lewisburg,'" Sara Bartlett said.

Bartlett was at the Towne Tavern Saturday night, and says she was star-struck to see such a big name actress in Lewisburg.

"You can't help but to look at her and look twice. She was gorgeous. I didn't try to take any pictures. I just looked at her and I was like, 'Wow, Meryl Streep,'" Bartlett said.

Streep attended the Bucknell Dance Company's spring concert. The talk in town is her niece goes to Bucknell University and Meryl came to see her perform Saturday night.