MIFFLINBURG, Pa. — It was a very hoppy hour Friday night at a brewing company in Union County. Rusty Rail held a launch party for its new line of craft be... 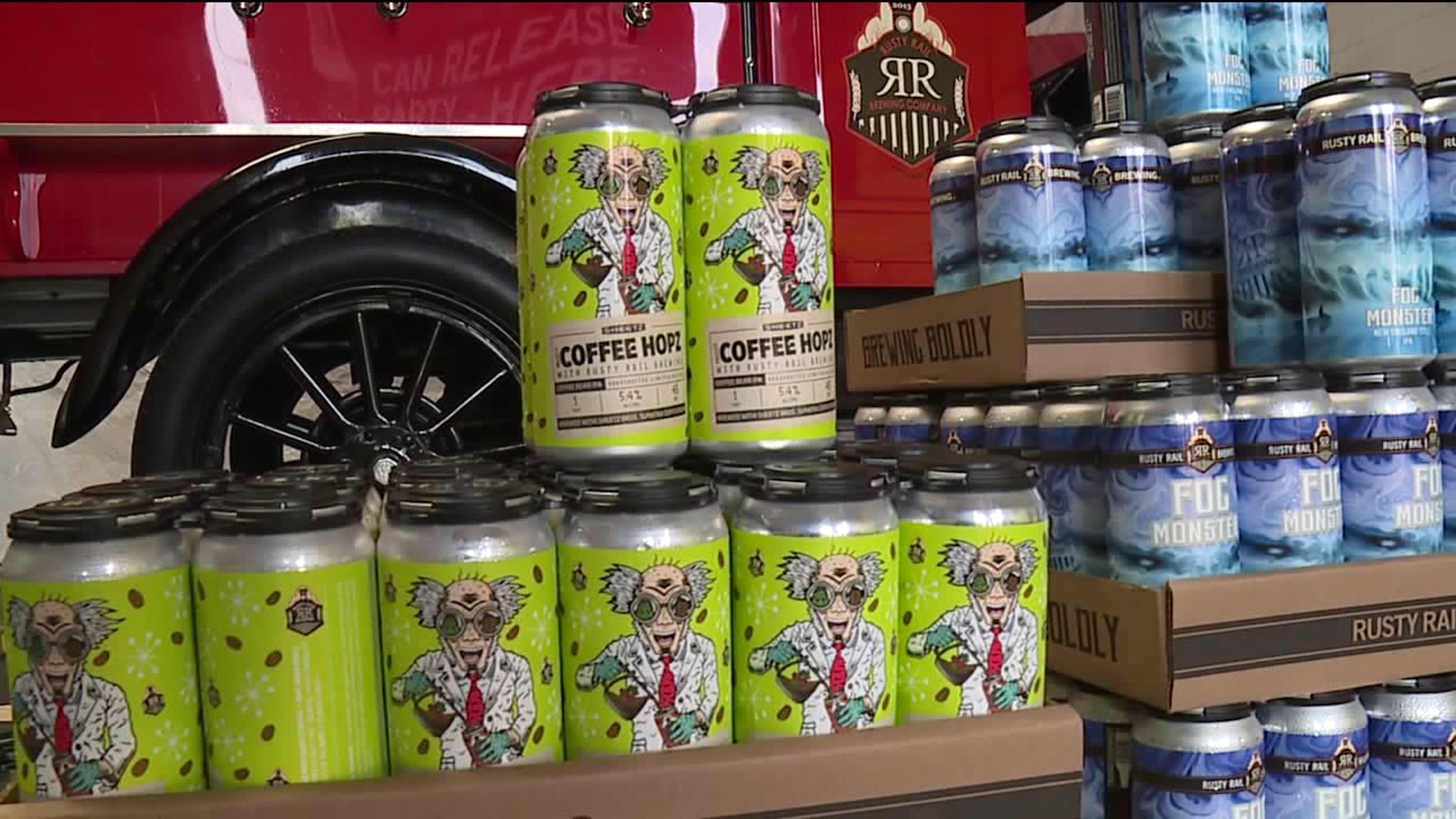 MIFFLINBURG, Pa. -- It was a very hoppy hour Friday night at a brewing company in Union County.

Rusty Rail held a launch party for its new line of craft beer, and its co-creator is a very well-known convenience store.

At Rusty Rail Brewing Company in Mifflinburg, workers were saying cheers and bottoms up to everyone who came out for a special event.

The brewhouse has plenty to celebrate; out of all the brewers in Pennsylvania, Sheetz selected Rusty Rail to help create a line of craft beer that Sheetz will sell as a limited edition beer.

Friday night was the can release party to debut the new beer.

“It was awesome,” said Guy McCarty, the brewery director, as he explained how the collaboration came about. “So, it was just a typical meeting. We were talking about our Fog Monster and Fool’s Gold, our New England IPA and our Peanut Butter Hefeweizen, just distribution in the Sheetz stores, and from that conversation, they were, like, 'Would you guys be interested in doing a collaboration with us?' And we looked at each other and we were, like, 'We'd like to. It'd be an opportunity for a brewery like us.'”

“Rusty Rail has a great culture and it fits our culture,” said Cody Rodland, the events and marketing coordinator for Sheetz. “We're both family owned and operated. Employee focused. We just got along great when we partnered with each other.”

The new brew called is called Coffee Hopz because the beer was made using Sheetz's Sumatra coffee.

But again, it is a limited edition beer that will only be sold at 55 Sheetz stores starting May 21st.

“Once it's gone, we won't run it again. So that day at 4 p.m. when the beer is released, first come, first served. When they're sold out, they won't be getting any more,” said Rodland.

So, should you run, not walk, to any Sheetz selling Coffee Hopz on May 21st? The folks sampling the new blend say absolutely.

“It's amazing. It's nice because it's a blonde instead of a porter or a stout, so it's much more drinkable. It's very good. It's delicious,” said Ken Feese from Williamsport.

“Absolutely fantastic,” said Devin Thompson. “I'm not big on coffee beers at all, but this has a totally different flavor, so if you're not into coffee beers, I absolutely recommend trying it. It's really, really good.”

You can find a list of participating Sheetz that will be carrying Coffee Hopz here.