The Lewisburg Farmers Market is making some changes to protect customers and vendors during the coronavirus outbreak. 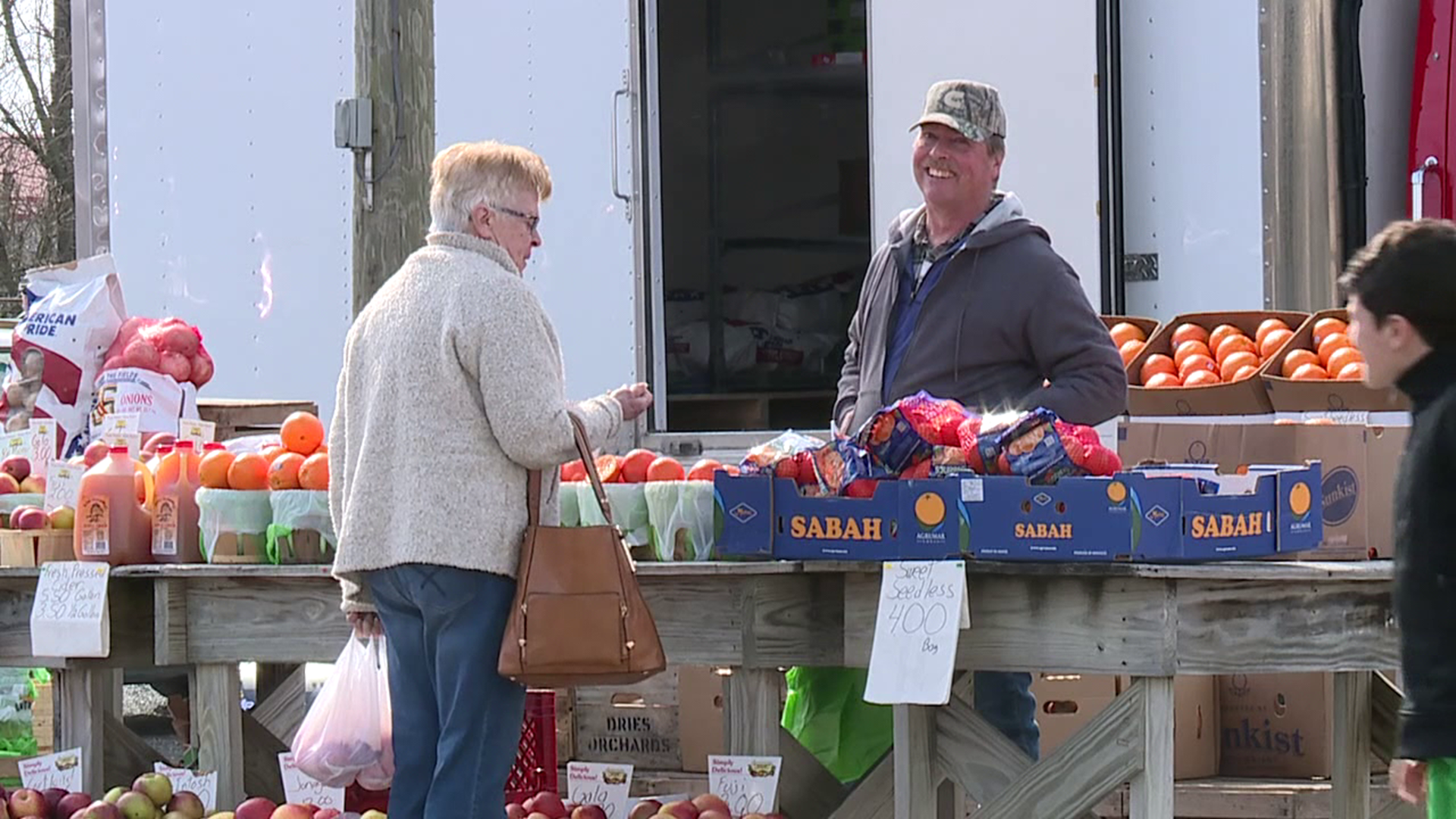 LEWISBURG, Pa. — It was business as usual for vendors and customers at the Lewisburg Farmers Market. The farmers market is open up every Wednesday all year long, but many feared the market would close due to the coronavirus outbreak.

"This is such a nice community event, and people depend on the farmers market a lot for their goods, so we've decided to stay open," said manager Joe Sharp.

However, the farmers market has made several changes to try and prevent the spread of the coronavirus. The market moved some vendors outside and even closed the popular sausage stand to help eliminate any socializing and foot traffic in the building.

"I think what I have seen here today is people are actually coming in buying their goods and then leaving, and I think that is a pretty good precaution that people can take."

Several shoppers told Newswatch 16 that new changes were a big factor in coming to the farmers market.

"The sweet potatoes are my favorite, so I was hoping the people would be outside, the vendors, and they were so I didn't have to go into a congested interior space," said Connie Timm of Lewisburg.

The Lewisburg Farmers Market has put up Department of Health signs and hand sanitizers on each door, and they are asking the public to use them before entering the building.

"That's a good idea, I think. They are really taking this serious, aren't they?" asked Jerry Steyers of Mifflinburg.

Alee Kabalan has his own stand at the market. He says he is happy the market is taking steps to protect vendors and customers.

"You see on the entrance of the market, they put on all the doors that you have to sanitize your hands before you come in, so its good for our safety too," said vendor Alee Kabalan.

Officials with the Lewisburg Farmers Market say they are an essential business and are planning on being open throughout the rest of the year.