The fair does have some changes including canceled contests and events. 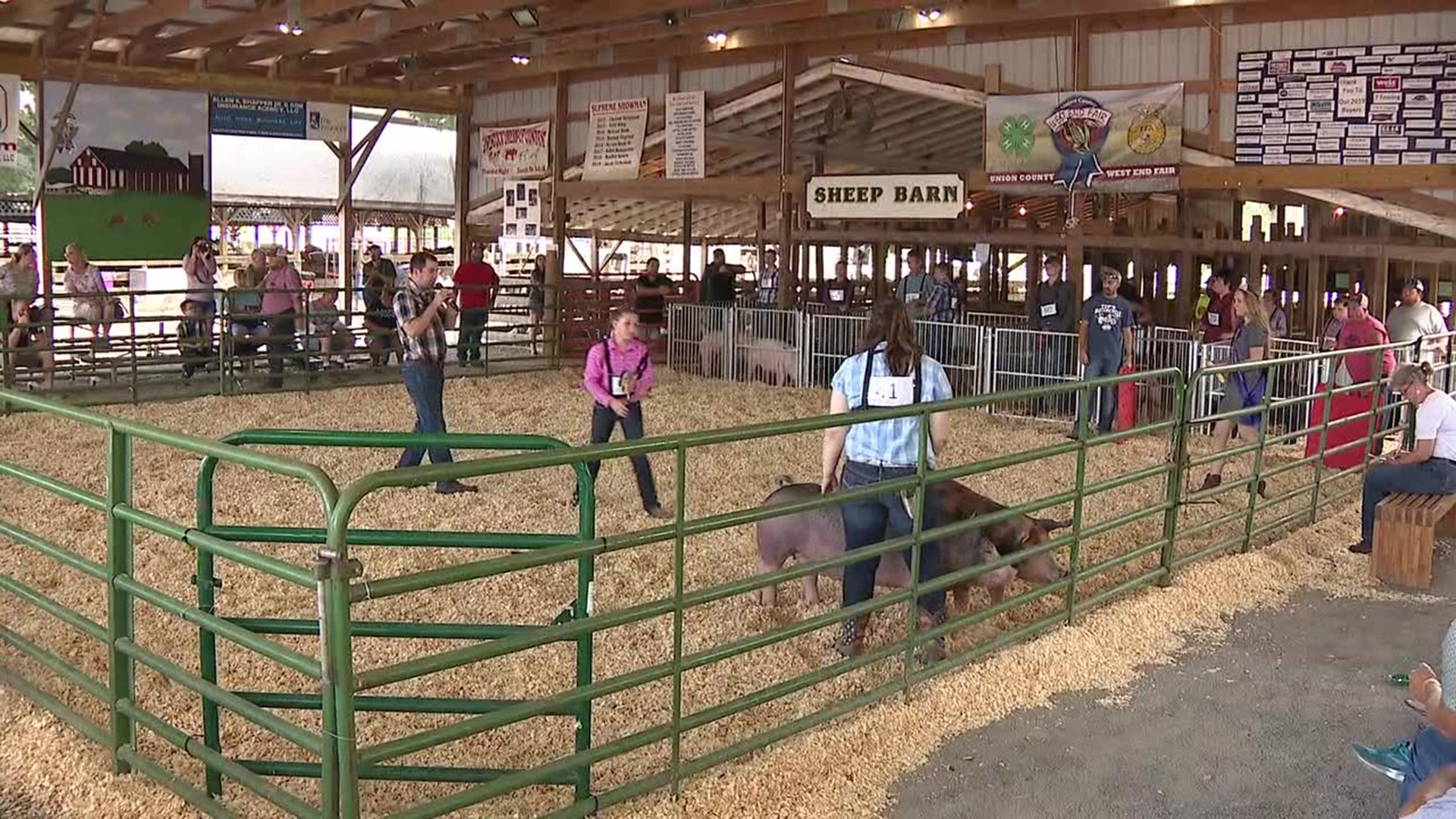 Who would have thought carnival rides and fair food stands would be an unfamiliar site this summer?

The COVID-19 pandemic put a stop to the majority of Pennsylvania's fairs.

But the 95th Annual Union County West End Fair is in full swing.

"To be honest, I wasn't quite sure if the fair was going to happen at first, but we still worked with the pigs anyway, and I'm glad we did because they really came through," Landon Metzger said.

Landon Metzger has been showing his prized pigs at the West End Fair in Laurelton for nearly half his life.

Getting the animals ready is not something that happens overnight.

"You start by walking them around in circles inside, and then you take them for laps around the yard, and then we spray them with a hose to get them accustomed to being bathed, being walked, being around people," Metzger said.

"We are out there every single day working with them, washing them, cleaning up their pens, making sure they're eating," Bailee Lauver said.

While the Union County West End Fair is still going on, there are some changes.

Some events, like the baked goods contest, were canceled.

Future Farmers of America and 4-H are not sponsoring the livestock events this year.

But the kids are still happy just to be here.

"I definitely believe it's a good opportunity. If we didn't have the chance to show them, it would be a massive amount of money lost," Garrett Franck said.

"We put a lot of effort, and we also put a lot of money for the feed and the bedding and the utilities. I'm so glad I get to make a little bit of money back to break even almost," Lauver said.

The West End Fair runs through Saturday in Laurelton.