Neighbors said what's worse than the stench is the fact that the trash is attracting bugs and animals. 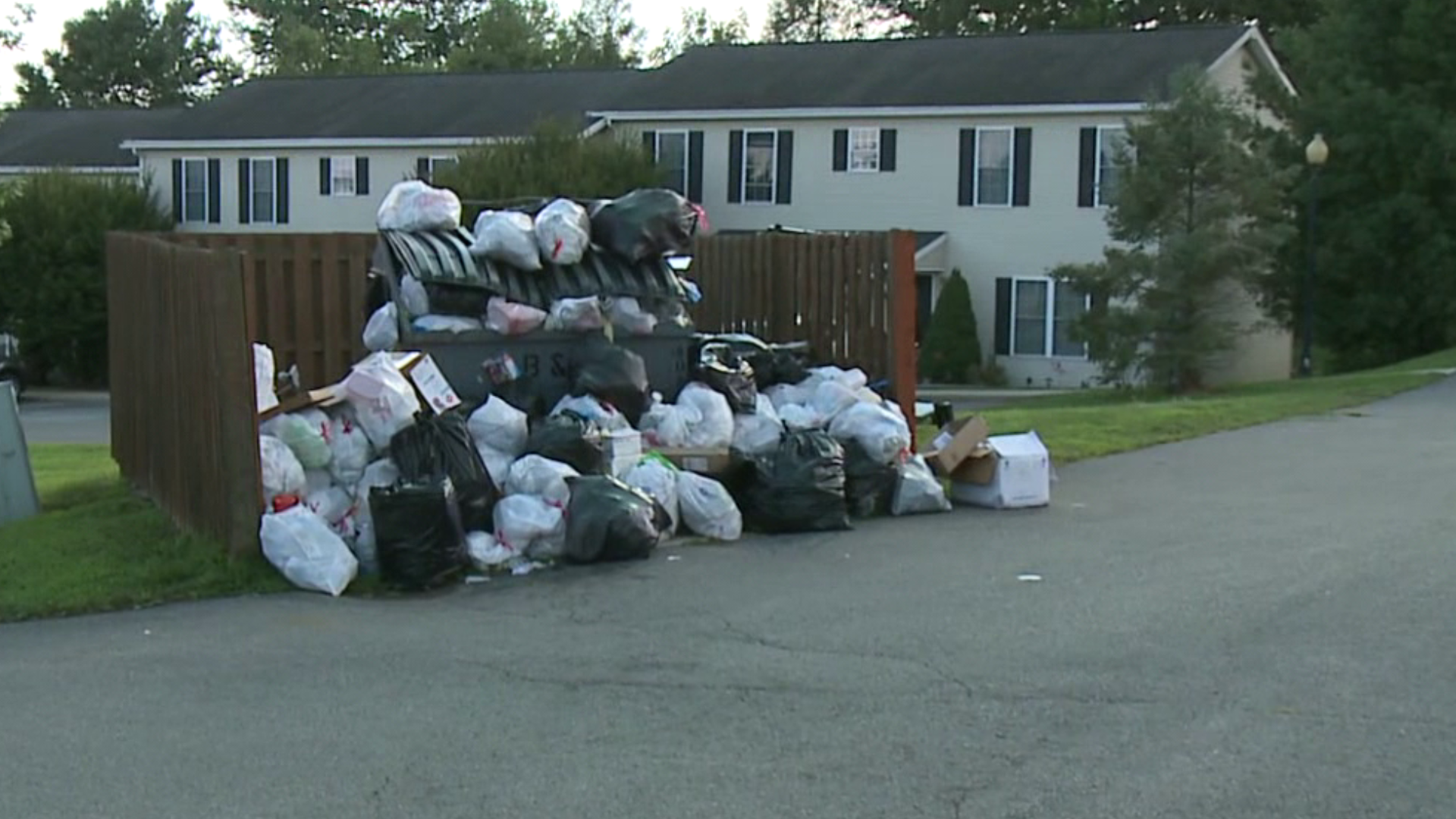 UNION COUNTY, Pa. — Margaret Reier can smell it before she even opens the door. Trash is piling up at the dumpster outside her home at Kelly Meadow View Townhomes near Lewisburg.

"It just is so gross, I don't even know what to say," Reier said.

Reier said the garbage removal here is overdue by more than two weeks.

"I passed fed up about a week ago. It's so dangerous right now when we all have to wear masks and disinfect everything," Reier said.

Newswatch 16 reached out to management here to ask why the trash isn't being picked up but no one responded.

Residents said they haven't gotten an answer either.

"It's horrendous. I mean, it's a health issue. The smell, just period, is just unacceptable," Lavette Lewis said.

Neighbors we spoke to say what's even more frustrating than the stench is the fact all of this trash is attracting bugs and animals.

"Dangerous animals at that! I mean, we have bears, we have deers, we have raccoons. We have mice! I've seen mice," Felicia Spencer said.

Tricia Flowers has lived here for 13 years but now she is in the process of moving out.

"We have to spray our legs down before we go in the house to move boxes out that's how bad they are. We have fleas, there's just flies everywhere," Flowers said.

"The birds pull out the garbage and fly it all around the development," Reier said.

Garbage here is typically taken away on Monday's and Friday's.

Another Monday has been missed.

Residents are really hoping this Friday will finally be the day all of this disappears.