Hot weather not so sweet for corn crop

With warm temperatures and hardly any rain this month, one farmer in Union County says it's been a challenging year to grow sweet corn. 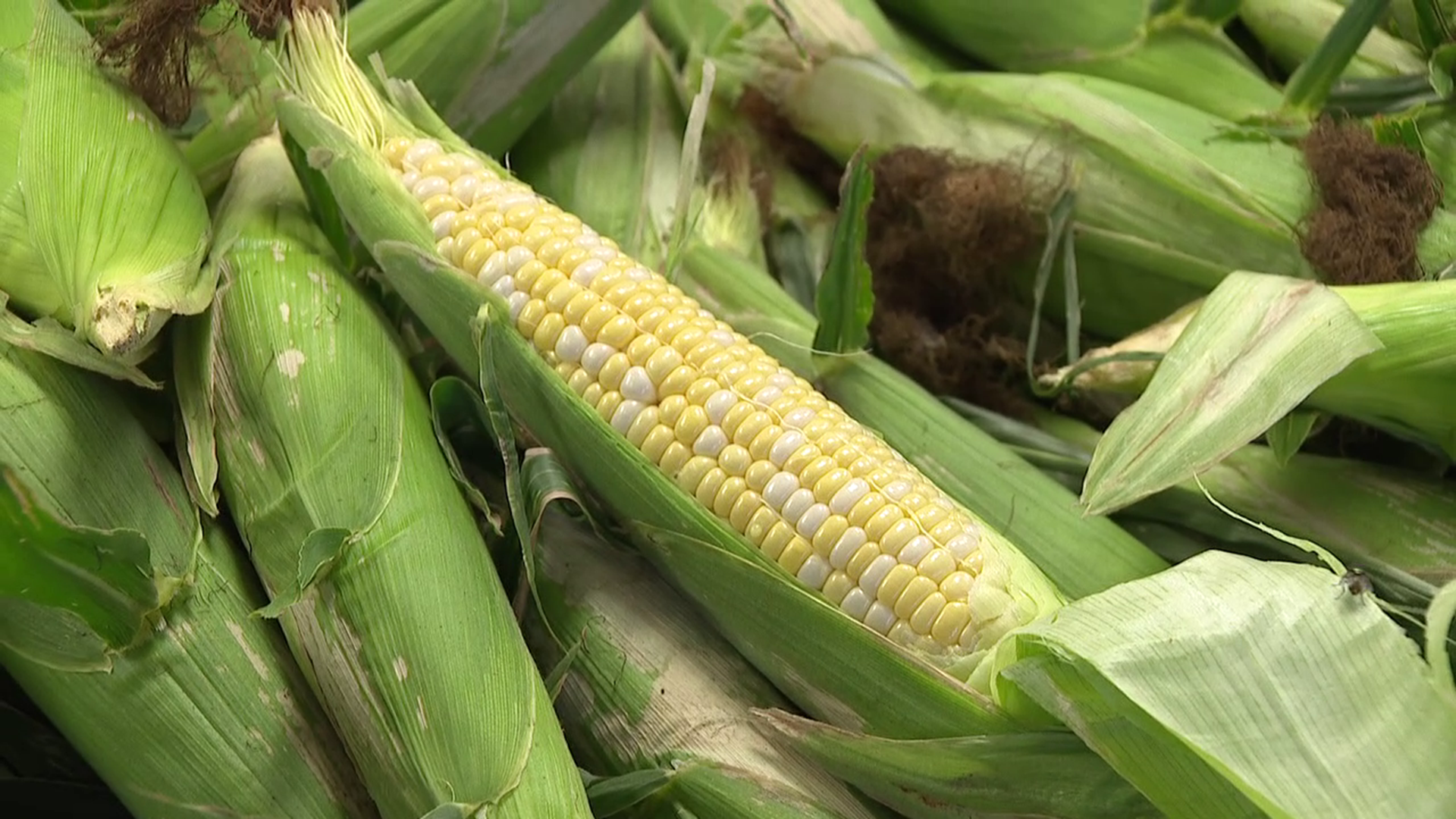 LEWISBURG, Pa. — Sweet corn is a summertime delicacy for many in our area, but depending on where you live, the amount of corn available may be less than years before.

"It is extremely spotty, as things are when it's dry. And you know the same field of soil can vary so much in organic matter and the type of soil that it is," said farmer Alan Ard.

A mini drought in the Lewisburg area has limited some of the sweet corn yields at Ard's Farm.

"It's a little tough going right now. It is so regionalized because of the storms you get. Like my neighbor had 3/10 of an inch and we had nothing and he is just 100 yards over the hill, so because it is so pocketed it really makes a difference where you are."

Ard says that the recent heat waves have not been an issue. The key to growing sweet corn is to have a perfect balance of heat and rain.

"The heat is fine as long as there is enough moisture and nutrients there to back it up because you can get away with a ton of heat, it's just the moisture that is the issue," Ard said.

Some of the sweet corn stalks are low for this time of the year but Ard says he is hopeful that he will still have a successful season.

"Ten being a perfect season, I'm going to throw it in there as a 6 or 7 right now for us. As it goes here we are going to be better off, next week we should get into a really nice batch of sweet corn."

According to Ard, if he manages to get a few rainy days in the next couple of weeks, he will be able to start picking and selling more corn at his market near Lewisburg.