At least two roads and two intersection signs were vandalized with anti-black graffiti and swastikas. 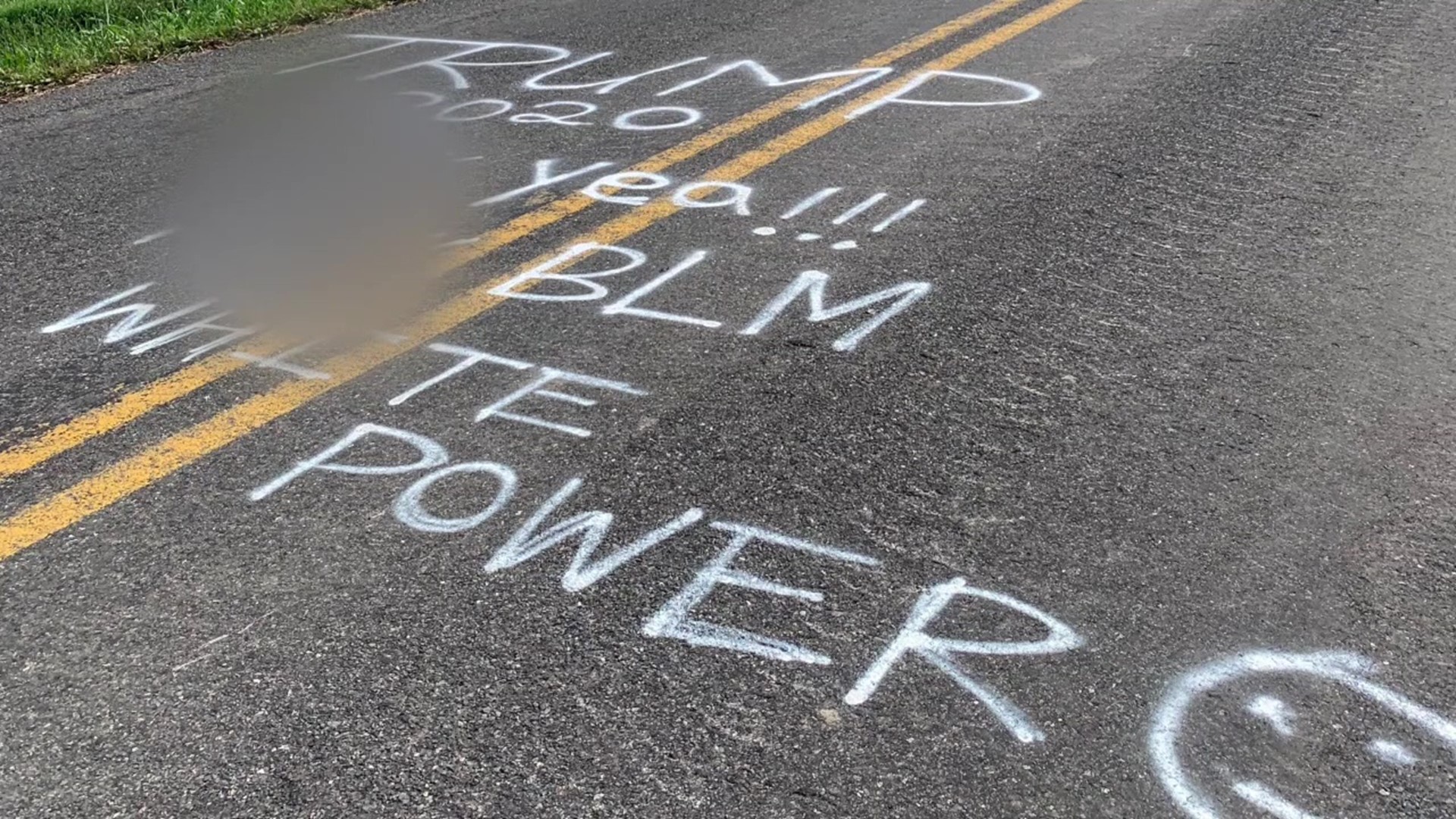 MIFFLINBURG, Pa. — A group of dark rectangles is now all that can be seen along Tower Road.

It's where the words Trump 2020 (profanities) and the words "white power" were painted on the street on Monday.

"Kids seen that on a bus ride to school. Why should they have to feel that way? That's the biggest concern," said Megan Nolder of Milton. "With all of these going on, what are you teaching your children?"

In East Buffalo Township, a similar message was found, this time with Joe Biden 2020 written across the top.

For Milton High School student Mekhi Nolder, the hate portrayed in the graffiti is all too familiar in his home community.

"If I wear my shirt that says 'Black and Proud' because I am black and I am proud of that, I deal with crap. If I wear something that says, 'Black Lives matter,' I have to deal with other people saying all lives matter or my life matters too," said Mekhi Nolder. "When we say, 'Black Lives Matter' we aren't saying your life doesn't matter, I'm saying mine does, too."

Friday, several intersection signs were found painted with swastikas, including one along Buffalo Road in Buffalo Township.

Members of the community say the now-replaced sign was still vandalized on Saturday, and that's why they held a small protest in Buffalo Township.

The demonstration was met with backlash.

"Trucks were driving past, diesel trucks blowing smoke at us to try to get us to leave. We got cussed at, I got a bag thrown at me for trying to cover up one of the signs," explained Mekhi Nolder.

"We were basically trying to get the police to come, to make noise, to make them aware to come take it down that this is not OK," said Megan Nolder.

The signs were replaced by PennDOT, and it's unclear who painted over the hateful messages in Limestone and East Buffalo Townships.

Organizers of the protest say they'll be holding another demonstration to promote unity and acceptance on September 20 in Milton.