JACKSON TOWNSHIP, Pa. — Temperatures are expected to be in the high 80s in parts of our area this weekend, but in one part of central Pennsylvania, there ... 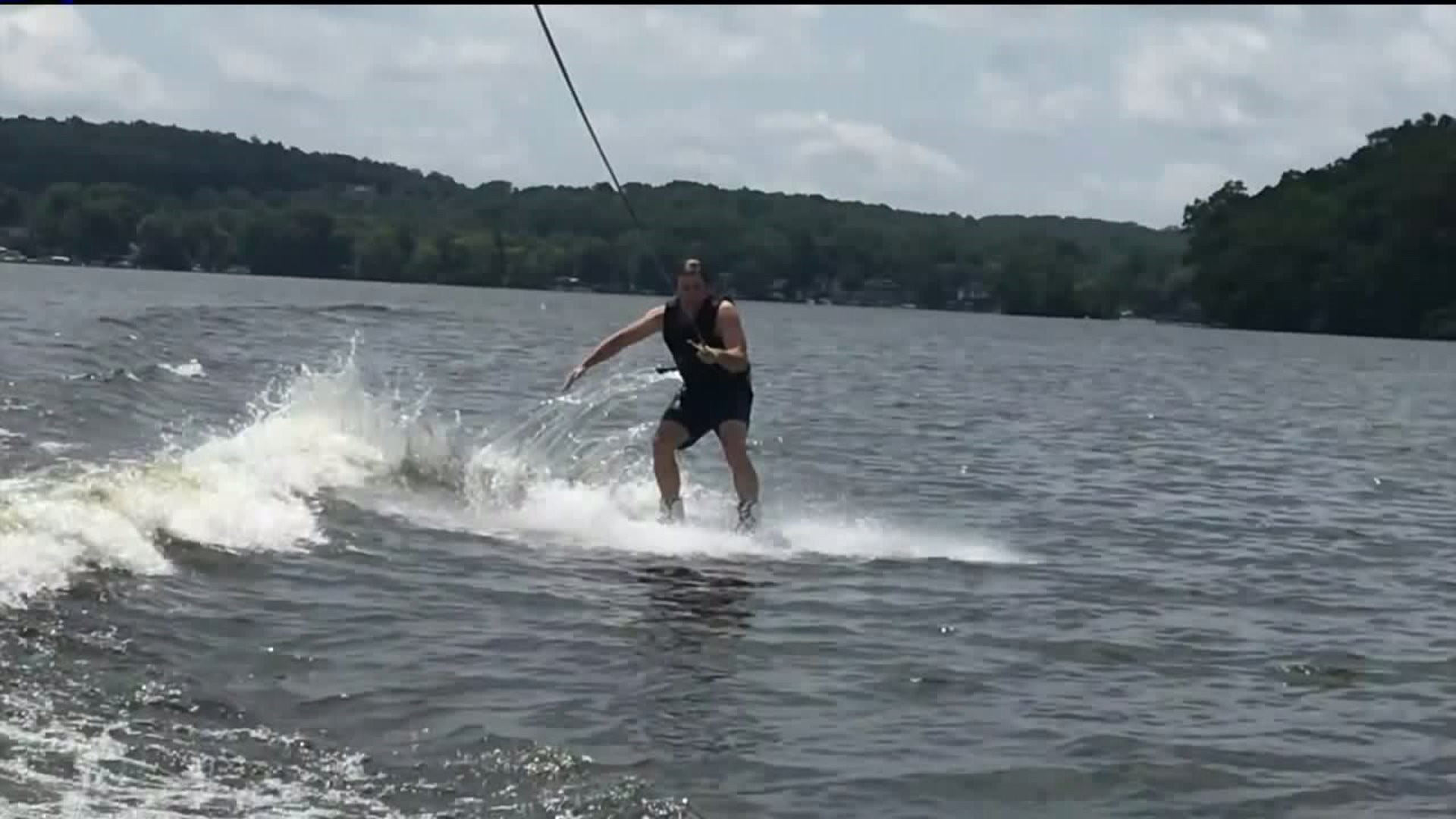 JACKSON TOWNSHIP, Pa. -- Temperatures are expected to be in the high 80s in parts of our area this weekend, but in one part of central Pennsylvania, there will be snow.

Gilson Snow is gearing up for its fourth annual Summer Snow Day. Gilson Snow is expecting more than 3,000 people on Saturday at its facility near New Berlin.

When you hear the name Gilson, you may think of snowboards. The company based in Union County opened six years ago and is one of only a few snowboard manufacturers in the country. Gilson Snow is from the New Berlin area and gets orders from all over the world.

"OK, we've learned a ton in snow, now I wonder if we can take some of these things we've learned and adapt them back to water," said CEO Nick Gilson.

Mechanical engineering students from Bucknell University are working with the Gilson team to design and test wakeboards.

"This is my first job where I'm actually applying what I've been learning in school. We conducted a test yesterday that I had done in labs. It seems meaningless when you're in a lab, but we designed it ourselves," said Bucknell junior Matt Rulon.

"It's a really great opportunity for them, especially because they can do something, and they can immediately see it go into the market. You don't get to do that with most projects you work on as an undergrad engineer," said Nate Siegel, professor of mechanical engineering.

Gilson is getting ready for a big event this weekend at its headquarters in Union County featuring lots of snow.

"Ice shavings from the local ice rinks, the Zamboni shavings up on this iron mountain that we've constructed next to our facility. So we'll have riders and skiers here all day doing some pretty crazy tricks," Gilson said.

Gilson Summer Snow Day is Saturday from noon to 8 p.m. at Gilson Snow.

As for the wakeboards, Gilson hopes to have them ready by next summer.