Groomers are allowed to reopen in the governor's yellow phase and one groomer we spoke with said it couldn't happen soon enough. 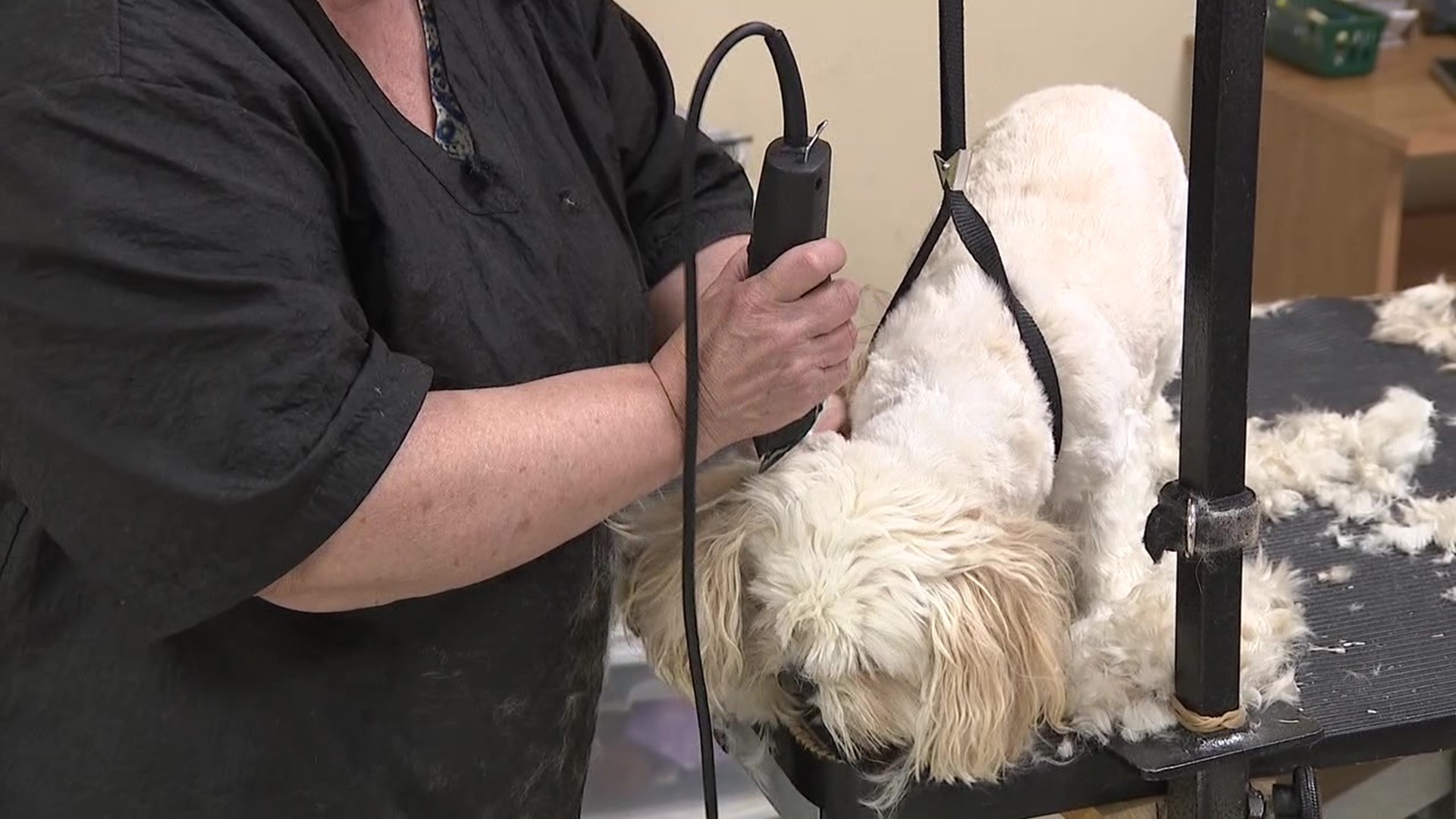 LEWISBURG, Pa. — Brookpark Pet Supply near Lewisburg sells pet food, and that part of the business was allowed to stay open during the governor's stay-at-home order. But the dog grooming part of the business just reopened on Friday. The owner says they are packed with pets.

Lindsey Birdsall walked her dog Harlow before the pup's grooming appointment on Wednesday at Brookpark Pet Supply. Harlow typically gets groomed every three weeks, but it's been a while since her last appointment.

"It has been a little over two months, and she grows a lot," said Birdsall.

"Now that people know we're back up and running, we are pretty booked at this point, and we're just trying to get in as many dogs as we can for their own comfort," said Jordan Fetzer, owner of Brookpark Pet Supply.

Fetzer says phones have been ringing off the hook since they reopened. He believes banning pet grooming was a huge problem.

"The problem came in when people were calling us telling us they were trying to clip nails at home, and they were cutting the dogs, and the dogs were becoming really matted."

Fetzer hopes the governor considers allowing dog grooming to resume in "red" counties as it is flea and tick season here in Pennsylvania.

"Without grooming properly, without bathing, it's really hard to control the flea and tick problem."

Customers like Birdsall say they are happy to once again have their pets groomed.

"We couldn't really do anything at home because my parents aren't trained to do that, and she gets scared of the scissors and stuff. We are thankful we can bring her back."

Groomers are practicing social distancing. They are meeting people outside the building and bringing the dogs inside.