Dinosaurs Come to Life Off the Big Screen!

ALLENWOOD — The movie Jurassic World passed $500 million at the box office since its release earlier this month, so it’s fair to say people a... 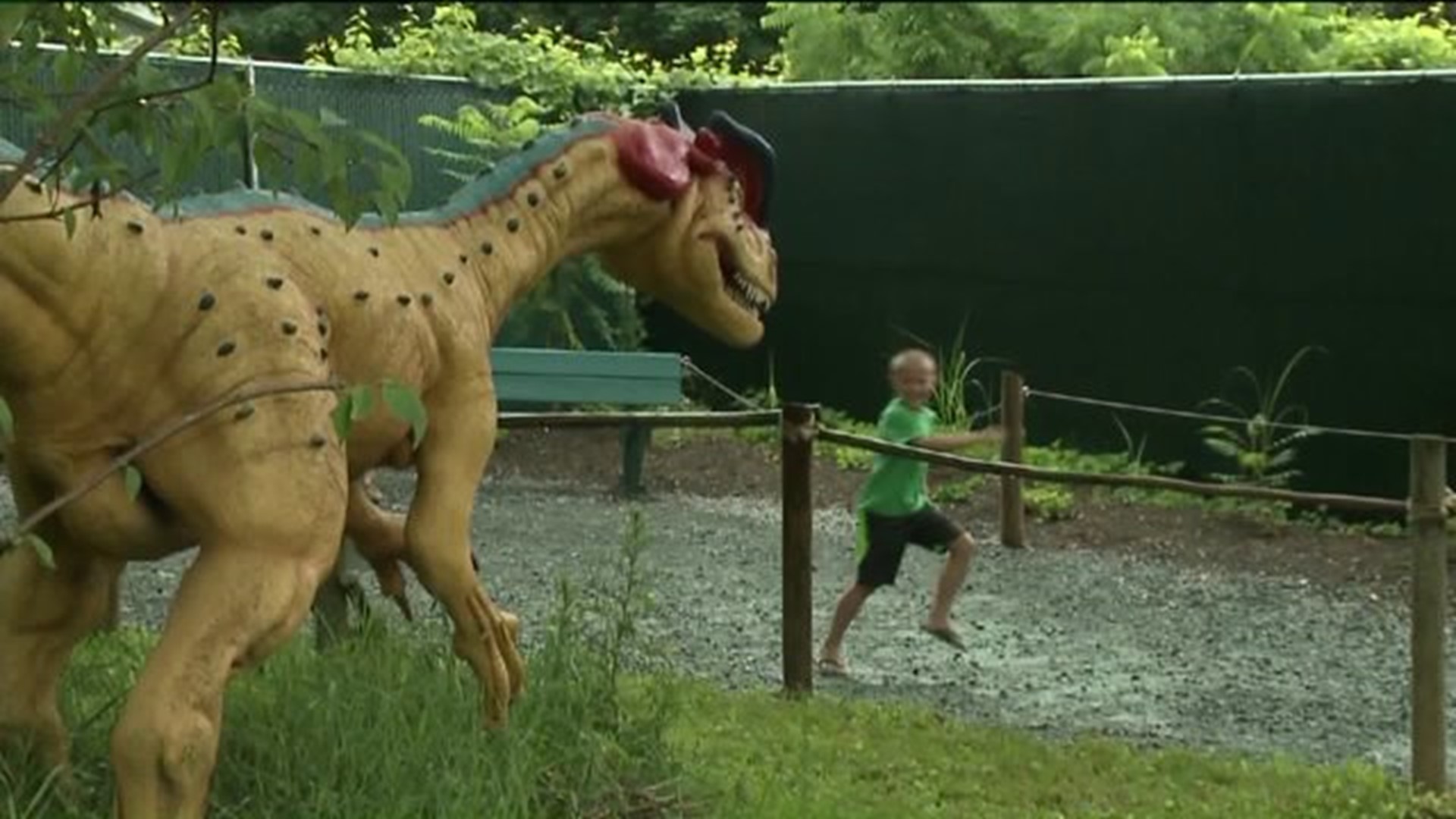 ALLENWOOD -- The movie Jurassic World passed $500 million at the box office since its release earlier this month, so it's fair to say people are excited about dinosaurs this summer! That means big business for a landmark attraction in Union County.

Dinosaurs Come to Life Off the Big Screen!

Yep. That's a Tyrannosaurus Rex. It's pretty big, too! But Newswatch 16 is not on the set of the movie Jurassic World. We are near Allenwood at Clyde Peeling's Reptiland.

Employees say since the release of Jurassic World nearly three weeks ago, people have been flocking to Reptiland's dinosaur exhibit to catch a glimpse of the big guys up close.

"This summer with the Jurassic World movie, it's off the charts. Kids want to experience dinosaurs more than just on the silver screen and here they can do it in 3D," Chad Peeling said.

There's no need to call the game commission. While these dinosaurs may look real, they are robots.

Visitors we met say they came from New York, New Jersey, and Ohio just to see this exhibit. The Sherwood family lives a bit closer, in Bradford County.

"We went and saw the Jurassic movie about a week and a half ago. She loved it and we decided to come here," Dan Sherwood said.

6-year-old Ava says she loves dinosaurs and couldn't wait to see this exhibit.

"I think the Quetzalsoatlus was cool and the Suchomimus and perhaps I think I want to look at all these dinosaurs because they all look kind of cool," Ava Sherwood said.

It's not just robotic dinosaurs, you can come to this exhibit and see emus, which are technically real live dinosaurs.

"It's pretty clear that birds just aren't related to dinosaurs, they're actually a living group of dinosaurs," Peeling said.

Even though the dinosaurs in Jurassic World escape their habitat, the ones at Clyde Peeling's Reptiland near Allenwood will be here all summer.