Deadly Crashes Close Stretch of I-80 in Central Pennsylvania

UPDATE: All lanes are back open on I-80 eastbound and westbound. UNION COUNTY, Pa. — A stretch of interstate highway in central Pennsylvania is closed by ... 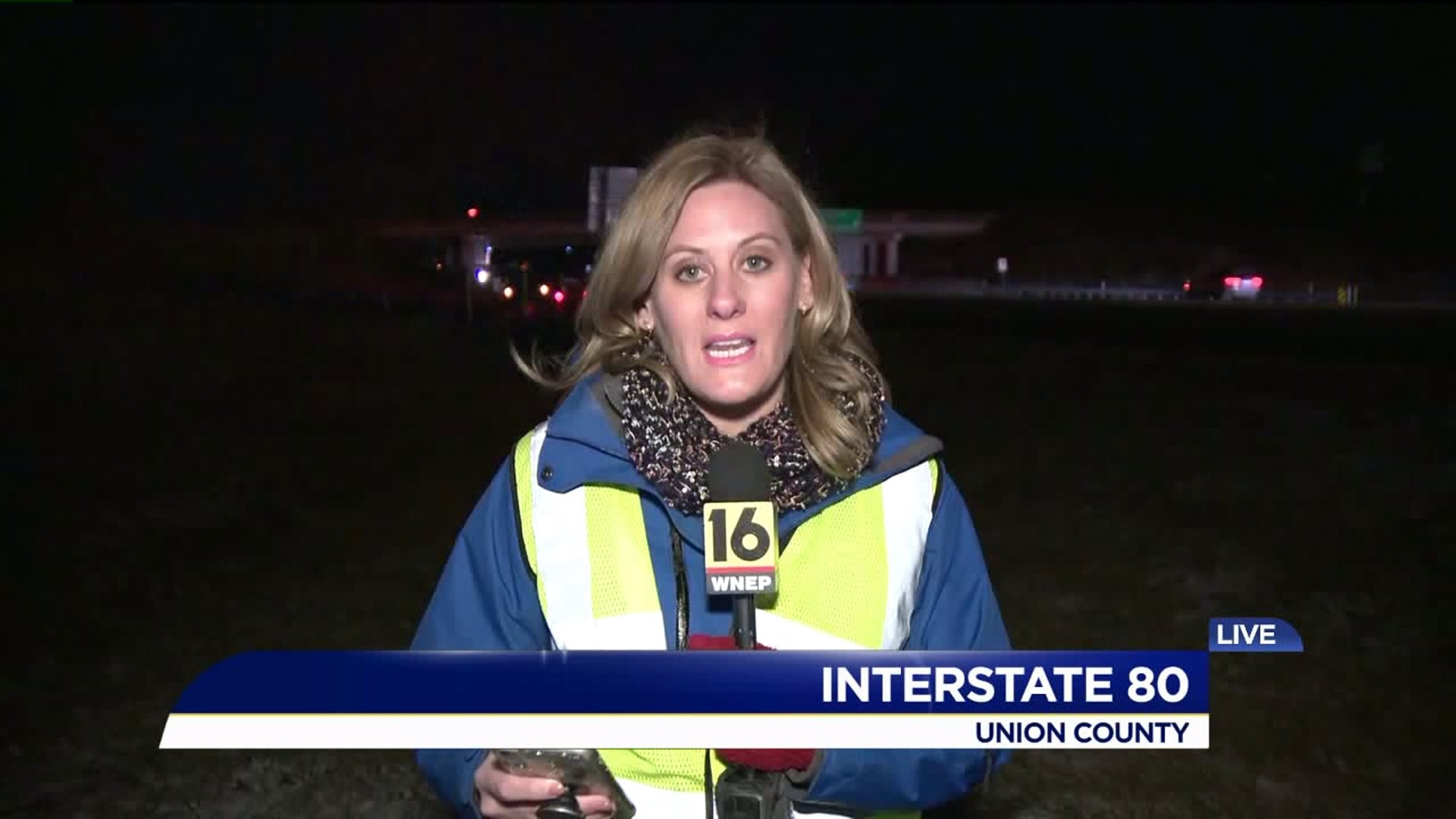 UPDATE: All lanes are back open on I-80 eastbound and westbound.

UNION COUNTY, Pa. -- A stretch of interstate highway in central Pennsylvania is closed by crashes. Authorities say at least one person was killed.

Interstate 80 between the Williamsport exit (212) and the Lock Haven exit (178) is closed in both directions by a multi-vehicle crash, according to PennDOT. A detour is in place.

According to the Union County 911 center, at least 20 vehicles were involved in the crashes in both directions on Interstate 80. One person is dead and many more are being treated for injuries.

According to emergency responders, a bus and several ambulances took more than 30 people to Evangelical Community Hospital near Lewisburg for treatment. The hospital posted on social media that it is responding to a mass-casualty incident.

Evangelical is responding to a mass casualty incident on Interstate 80. Patients are currently being received. Updates will be provided regularly on Twitter.

Family members of those involved in the mass casualty incident: a family center has been established at the Best Western Country Cupboard. Report there. A staff member is there to keep you informed. Please do not come to the Hospital so we can focus on the injured.

Drivers we spoke with say there were snow squalls at that time on the interstate, making visibility nearly impossible.

"I was working in State College and I'm heading home. I hit the snow squalls. I was OK until I hit the traffic," said Lisa Herzon of Allentown.

"It was a little slippery, but I didn't think it was that bad. There were squalls and I was going 45," said Vermont resident Brian Smith.

PennDOT expects the highway to be shut down for several hours.