UNION COUNTY – A family in Union County wondered how they would pay for an expensive cleanup when their heating oil tank sprung a leak. The family learned... 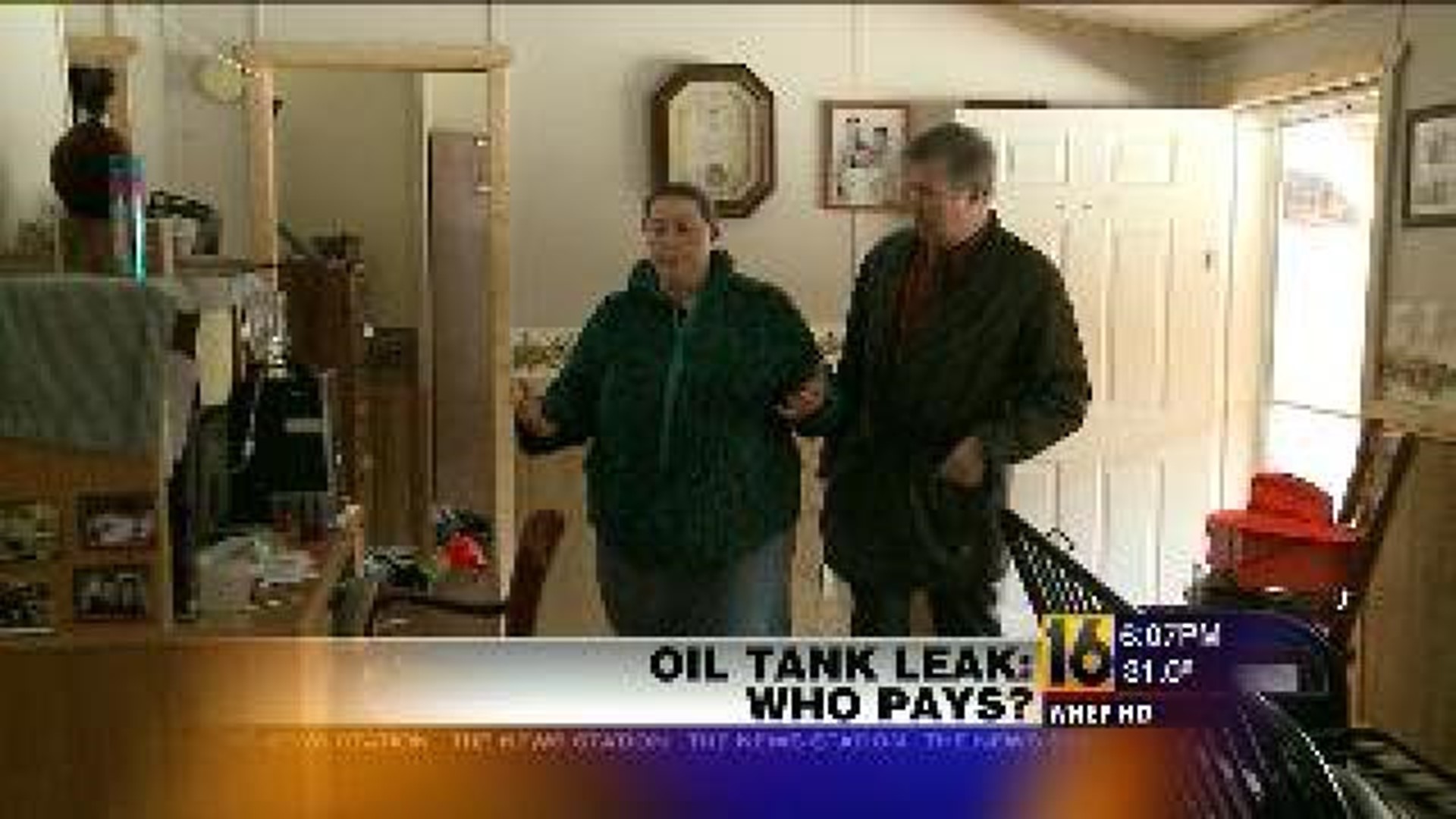 UNION COUNTY - A family in Union County wondered how they would pay for an expensive cleanup when their heating oil tank sprung a leak.

The family learned the hard way their homeowner`s insurance policy did not cover damages from a fuel tank leak, so they turned to Action 16 Investigative Reporter Dave Bohman for help.

Ronda Steen returned to her house outside Lewisburg Feb 15th. , to a sickening odor.

"The smell burned your eyes," said Ronda.  "It was just hard to breathe."

She just had her heating oil tank filled.

"Three days after i filled it, it read `Empty,`" she added.

She then learned her tank sprung a leak.

An environmental cleanup company found about 200 gallons of home heating oil from the leaky tank seeped into the soil and into the basement walls.

The Steen home is insured by Allstate which arranged to clean up and remove contaminated dirt.

But the company also told Ronda, her policy doesn`t cover the cleanup costs and she'd have to pay for it.

"What is the sense of paying money to an insurance company, if you have no coverage, but for maybe a fire?," Ronda asked.

Ronda Steen's friends at a local church saved the family from a homeless shelter, arranging for the family to stay in a dorm room at a nearby college.

But the situation had the Steen's nervous, as they live on a $1,200 a month disability check.

"I`ll be honest, it sent me to tears, and talking about it, it still does,"

A spokesman confirmed standard homeowner`s insurance does not cover fuel tank leaks but he added Allstate's Board of Directors authorized the Steens to be a hardship case, and the company will pay for the cleanup.

The Steen`s hope to be able to move back in later this month, and hope people with older heating oil tanks either check their tanks, or their insurance policies.

The Insurance Information Institute tells us most homeowner policies only cover fuel spills if the company inspects the heating oil tank before writing a policy.

Unless the home is new, it means most homeowners will have to either buy a new tank, or buy extra insurance, otherwise, they'll be forced to pay for a very expensive cleanup out of pocket if their tank springs a leak.