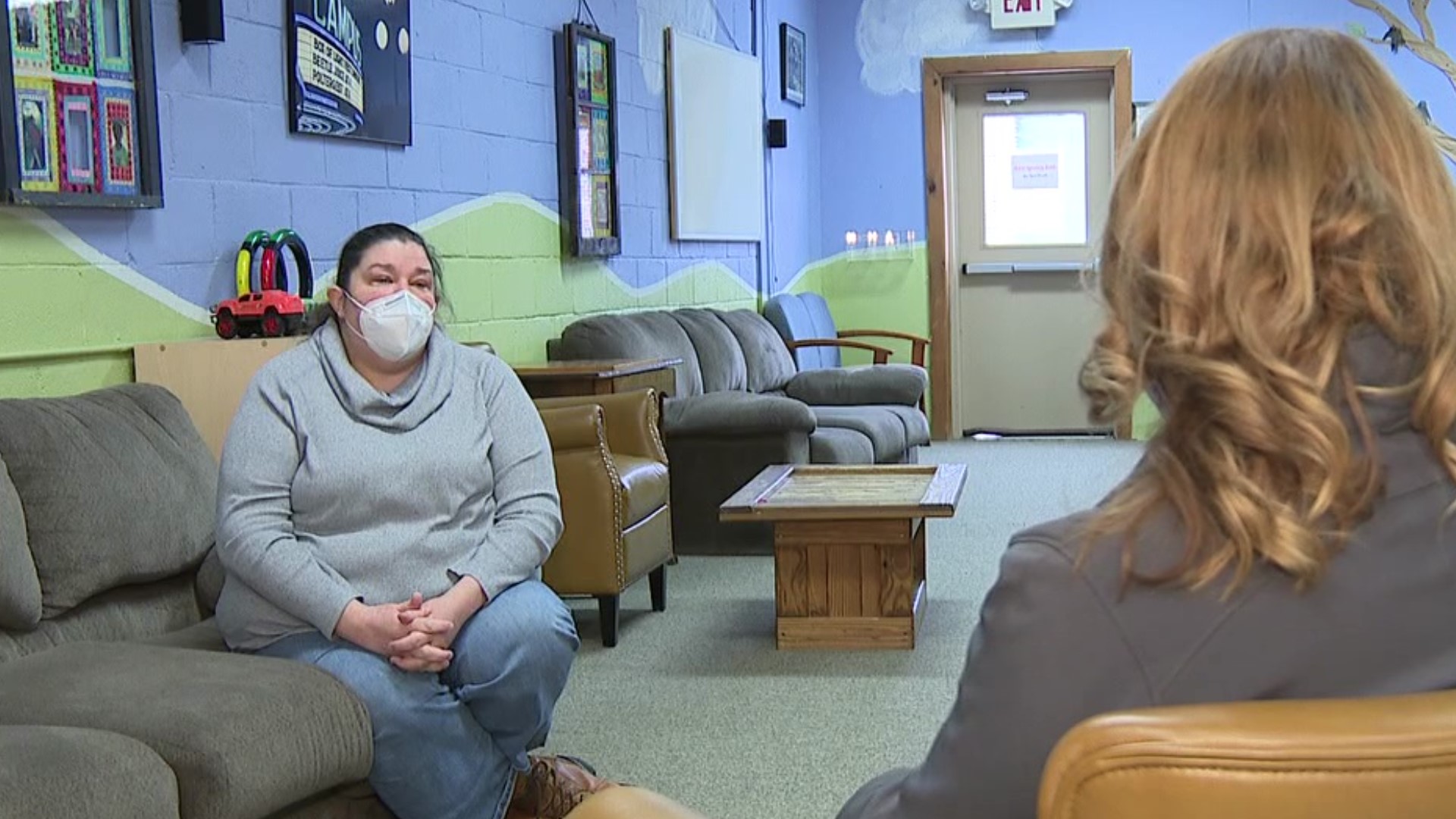 LEWISBURG, Pa. — If you live in the Lewisburg area, you probably know Andrea Tufo. She has been executive director of the Donald Heiter Community Center for nearly 20 years. What you may not know is that Andrea was recently in the ICU with COVID-19, fighting for her life.

"I was there for nine days total, and I'm here to tell about it, thankfully," Andrea Tufo said.

In mid-December, Andrea felt sick and rundown. Her first COVID-19 test came back negative, but that did not feel right.

"Getting more sick with every passing minute," Andrea said.

After a few days of feeling worse, Andrea got another test.

"The woman doing my test said, 'Do you want me to call an ambulance for you? You look terrible,'" Andrea said.

Andrea's second test came back positive. Her temperature was 103, and her oxygen level was low. She went to the hospital on December 18.

"By then, I was leaning on my oxygen tank because I couldn't sit up anymore," Andrea said.

It was crowded at Evangelical Community Hospital near Lewisburg, and Andrea waited seven hours to get into the emergency room. She says it was like nothing she's ever seen.

"Patients were just lined in the hallways on gurneys and ambulance cots and sitting in wheelchairs," Andrea said.

Andrea was brought to the hospital's intensive care unit. What her doctor said will stick with her forever.

Andrea spent the next nine days, including Christmas, on a BiPAP machine, which helps with breathing. While she was there, she posted about her experience on social media, which got a lot of attention.

Andrea not only survived COVID-19, she is back at work doing what she loves.

"I have two or three really good days, and then I have one day where I'm just, my breathing isn't good, and I still have to use oxygen when I'm at home at night," Andrea said.

Andrea is still healing and is looking forward to getting the COVID-19 vaccine. She hopes by talking about her experience, she can help others.

"You think of I had the flu real bad once, and I got better. It's not like that. It's a lot worse," Andrea said.