BUFFALO TOWNSHIP, Pa. — If you buy your Christmas tree from a local farmer, it’s a pretty safe bet it came from the Buffalo Valley Produce Auction. ... 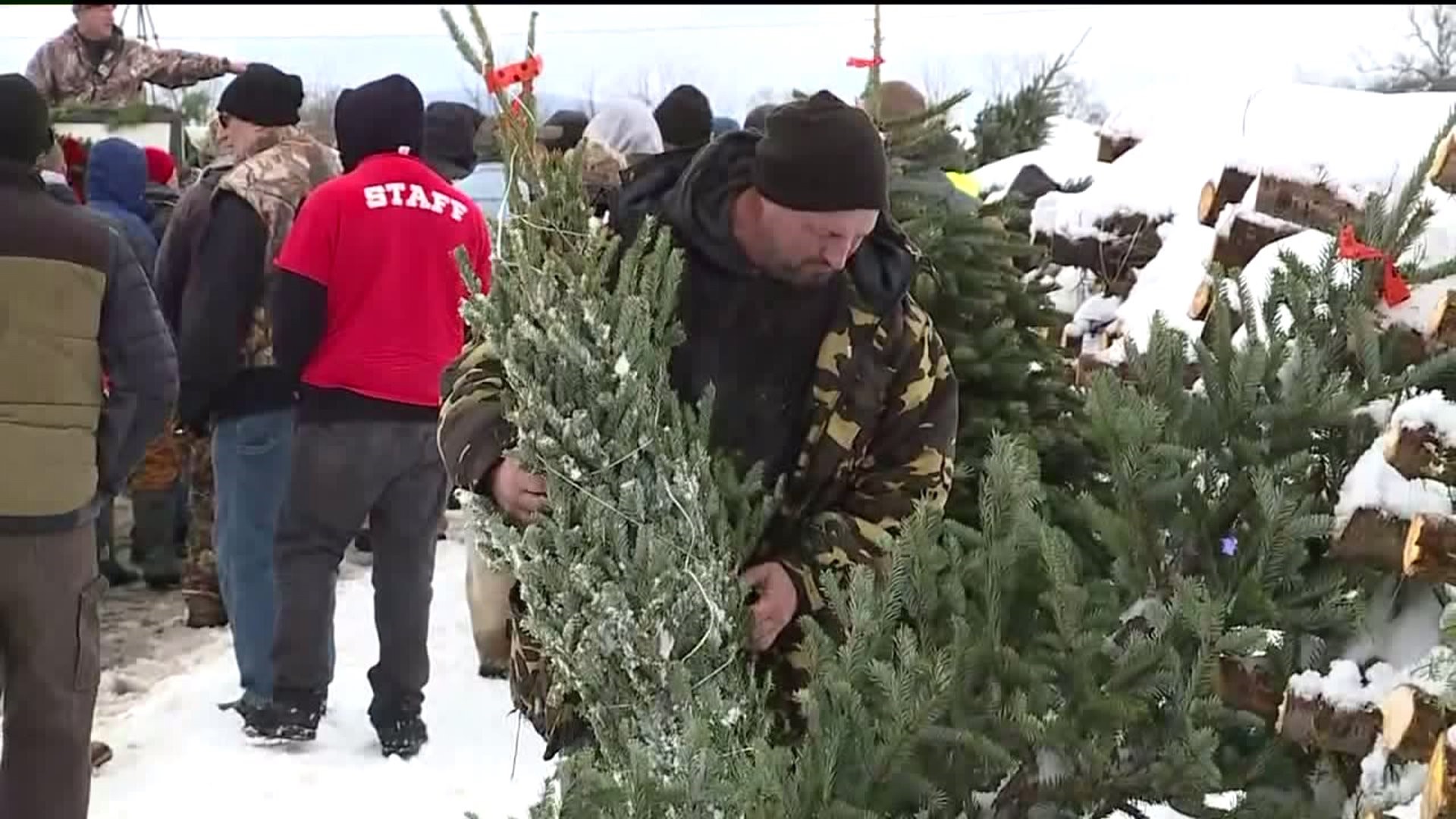 BUFFALO TOWNSHIP, Pa. -- If you buy your Christmas tree from a local farmer, it's a pretty safe bet it came from the Buffalo Valley Produce Auction.

This year more than 35,000 trees were auctioned off to buyers all over the east coast.  Buyers had to deal with the snow.

"You're not being able to see the trees that you're buying because they're all covered with snow," Kevin LaTourette said.

"We have power outages and just dealing with getting rid of snow," Mark Kurtz said.

Buyers tell Newswatch 16 they're also frustrated because Christmas trees are a lot more expensive this year.

"The prices are through the roof compared to other years," LaTourette said.

Keven LaTourette has a tree farm in Honesdale.  He says it's all about supply and demand.

"A lot of guys just didn't plant for a few years and the way trees go, it's not every single year they come up. It's you plant one year and six, seven years later you're harvesting.  We're probably going to have a shortage for a good couple of years yet," Kurtz said.

"There is a shortage of Christmas trees, which is driving the price up for Christmas trees.  You're going to be seeing it now at your local tree farm," George Smith said.

George Smith has a Christmas tree business in New York City.  He tells Newswatch 16 trees that he once paid $15 for at the auction are now selling for more than $50 each.

"Bottom line is people are going to be paying more for Christmas trees.  Yeah, I say it's going to go up 18, 20 percent," Smith said.

Some buyers worry people will switch over to artificial trees because the prices of real trees are so high.